THE ELIXIR OF LIFE HAS BEEN RECREATED!

The mythical potion that grants its drinkers eternal life, the recipe that alchemists have sought for THOUSANDS of years, has finally been discovered. This is literally the most important discovery of human history, and poises us on the cusp of a brand new era in human evolution. Look at that bottle – tiny but ornate! The legends were true; it must only take only a few sips of the “white drops” to be effective!

“Archaeologists have dug up a 19th-century recipe for fending off death.”

Okay, yes, well…hmm. That’s a lot more recent than I was expecting. The 19th century is definitely not in “sands of time” territory. That’s not even “mists of time” territory. That’s like…”veils of time” territory. Very wispy and translucent veils. Even if this elixir turned out to be the one from the lesser versions of the legend – extending life to an unnatural extent rather than banishing death completely – it seems to me that we might have *noticed* these near-immortals walking among us. On the other hand, these proto-immortals certainly would have taken great pains to disguise themselves, and there’s always the possibility of a Bilderberg Group/Illuminati/Ordo Templi Orientis conspiracy to hide it. But onward, the answers will surely reveal themselves.

“During a recent excavation beneath a hotel site at 50 Bowery, Chrysalis Archaeology discovered a tiny, greenish glass bottle that once contained the “Elixir of Long Life.”

So the bottle is empty, which is disappointing, but perhaps to be expected. After all, if you’d dedicated most of your life to uncovering the secret to even NEAR immortality, you’d certainly would have drained the dregs from that bottle. I don’t even leave drops left in cans of soda, and those basically contain the opposite of eternal life. But perhaps a crack team of brilliant chemists, backed by an international consortium, can use what ever trace residue still remains in the bottle to *begin* to reconstruct the elixir. This could be our first handhold we need to scale the unscalable wall of death and take hold of immortality with both hands. Not an end to death, then, but the beginning of the end.

“The bottle found amid a cache of 150-year-old liquor bottles beneath what was once a German beer garden sparked the archaeologists’ curiosity, and they decided to hunt down the original recipe so they could try the elixir themselves.”

Okay, let’s take this one damning sentence fragment at a time. They found a bottle labeled “the elixir of life,” along with a bunch of alcohol, in the ruins of a beer garden? You might take that title at face value if it was found in what was once an alchemist’s grotto, or the catacombs, or under a monastery. In that context, yes, it might be reasonable to assume that the name The Elixir of Life is to be taken literally and sincerely. In a beer garden, mixed in with assorted bottles of alcohol? THAT bottle?

Look at that bottle. I swear I’ve got a novelty shot glass that looks exactly like that.

After finding this bottle, these archaeologists, who undoubtedly spent years of their lives tirelessly studying to learn how to coax secrets from the shadows and whispers of the past, decided that their next step would apparently be to consult some German librarians and ask them if they had any old recipes for “elixir of life.” I mean, for one, the idea that archaeologists needed to find an old bottle named “the elixir of life” to have their interest piqued about what is the most sought after legendary historical artifact in the world is sort of bizarre and unbelievable. Even if you’re a very serious and realistic archaeologist doesn’t believe that the elixir of life exists, you have to at least have *heard* of it before. This is like being a historian specializing in Ancient Greece and suddenly getting interested in Atlantis after visiting Las Vegas, or being a astronomer and having your interest in UFOs piqued by watching Ancient Aliens on the History Channel. But setting that aside, why ON EARTH would you think an arbitrary recipe picked from the undoubted dozens and dozens of recipes ineffectual “elixir of life” would have anything at all to do with a novelty hangover cure you found in a beer garden?

In any case, the conclusion to the story is that Chrysalis Archaeology is going to, I kid you not, sell the chance to taste the fake elixir of life at a pub crawl in New York. Which I guess I can’t really get mad about. 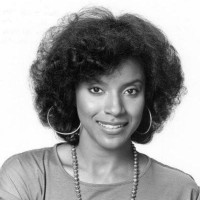 Ezekiel Kweku is the penname of a writer who lives in California. He can be found on Twitter, where his friends just call him Shrill.