On Rent, Tick, Tick… Boom!, and Caring a Whole Lot

When I was 14, Rent was important to me in a way I find it hard to overstate.

My parents were well used to my latching onto a musical and playing the cast recording over and over again. But when I toted around Phantom of the Opera five years earlier, I didn’t need a perfectly trained memory to know when to turn down the volume so my parents didn’t know people said “fuck” in this show, and when to hit skip so “Contact” never played in their hearing. Most of the time, however, I could avoid taking such precautions, as my two-CD cast recording practically lived in my Discman, with its whopping ten seconds of skip protection.

I was a theatre kid raised in an urban section of the Midwest, and had as much firsthand knowledge of New York City as I did about the Paris of Les Misérables, but I loved the music. Rent became a sort of cultural currency among the theatre kids in my high school. We made a competitive/collaborative show of sing-shouting “La Vie Boheme” in the hallway after school, a feat of both memory (given its We-Didn’t-Start-the-Fire-esque catalogue of lyrics) and boldness (it took a special sort of Hoosier teen to yell “SODOMY, IT’S BETWEEN GOD AND ME” on school property in the early 2000s).

All of this culminated in a group of us going to see the show on tour my sophomore year. We all squeezed tightly into the car of the one person who was old enough to drive the rest of us. When seeing a show to which you already know the entire score, it’s sometimes easy to be disappointed. But I remember simply being thrilled both with the show itself, and with the feeling — elusive for me at the time — that I belonged with the group of people around me.

My freshman year of college, I was assigned to room with the woman who would soon become my best friend. I was a bit of a mess that first semester, socially and emotionally, but she was great to me from the beginning. Early on, she asked how I felt about her putting up her collection of showcards and theatre production posters. One of them was the very same Rent poster that had graced my bedroom back home.

Instead of going to the big, sexually daring dance that was the centerpiece of our campus that fall, she and I stayed home and watched the original cast recording of Into the Woods instead. We bonded over Rent most of all — she’d seen it more than once, and had a similar place in her heart for it. She was particularly fond of Collins (and of Jesse L. Martin, the talented actor who portrayed him in the original cast and would later play him in the movie). I now suspect this was a sign of her maturity, since Collins is one of the least narcissistic characters in the show.

She also introduced me to Tick, Tick… Boom!, a chamber musical adapted from a musical monologue Larson had written and performed in 1990. We listened to the cast recording often, discussed arranging one of the songs for three female voices instead of two males and a female (a plan which never came to anything), and compared and contrasted Raúl Esparza’s vocal quality with that of Anthony Rapp in Rent. To this day, a musical cue from a song in Tick, Tick… Boom! is my ringtone for her.

I’m 29 now — well, almost. Three weeks shy. I live in New York City, though I haven’t actively done any theatre for about four years. A friend invites me to see Tick, Tick… Boom!, staged by City Centers as part of their Encores! series. She’s unfamiliar with the show, but knows Larson and knows I’m into theatre.

The performance is stunning. Literally, in that I feel physically stunned. I am not sure whether it’s the difference in my age or my life circumstances, or just the difference between listening to a recording and seeing a show performed in front of me, but so many aspects of the show strike me in new ways. Songs I was not particularly fond of bring the house down. Jokes I’d only ever read pop to life on stage. The sense I have, as an audience member, is of being in on the joke — witness Larson’s clever tribute to/send-up of “Sunday” from Sunday in the Park with George — but of also knowing more than the characters do.

The show, explicitly autobiographical, predates both Larson’s death and the success of Rent by about five years. Character-Jonathan’s struggles with his artistry are recast in the light of an artist who will die young, before he lives to see the outrageous success of his work. But within the world of the show, Jon only knows he hasn’t yet written anything that anyone wants to produce, and that he’s coming up on thirty and feels pressured to decide whether to stick to the work or compromise before he gets stuck waiting tables his entire life.

Yet while Jon has plenty of pathos, the audience knows he’s a stand-in for someone extraordinarily talented. As a 29-year-old New York transplant, now I can’t help but feeling for his best friend, Michael, and his girlfriend, Susan. Michael gave up acting and has found career success as a marketing executive, yet he longs for family and a more domestic sort of happiness. It’s a longing made doubly poignant by the fact that his character is gay, making his dreams unlikely in 1990, and ill — though it’s never made explicit — almost certainly with AIDS. Susan wants a family too, but most importantly, she’s done with the constant war that being an artist and a woman in New York entails. She takes a job in Massachusetts, where she can presumably afford a nicer place to live and a more sedate quality of life, leaving Jon behind.

Rent is a show about young people. Mimi is 19; Collins and Angel are presumably older than the rest, but I would peg most of the characters in their early to mid-twenties. Tick, Tick… Boom! is a show focused on people who are about to leave their twenties behind. Characters are critical of themselves and critical of the world in a different way — Jon’s complaint that his generation is complacent and wary of optimism frankly acknowledges the challenges of attempting shake people out of that apathy. It’s a world away from getting residents of a tent city to moo with you. (Bless, Maureen.)

Both these shows have places in my heart from which they will not be budged. But what makes them interesting are the different ways I view them when I return to them over time. As I change, they change, too. Take Rent’s Benny, for example.

Especially take him when he is played by Taye Diggs.

He’s an almost cartoonishly villainous character on the surface — a betrayer on many levels, but perhaps worse, a “sellout.” When I first encountered the show, I didn’t bother looking much more deeply at the character. I’m certainly not going to defend Benny (his misogyny alone is pretty vile — though, let’s be real, so is Roger’s). But Larson does cleverly slide in a lot of small clues about his character that can, when rounded out by the artistic choices of an actor and a director, point to intriguing places.

The audience knows that Benny once lived with Mark, Roger, Roger’s girlfriend April, Collins, and Maureen. As someone who has lived in New York with four roommates, I can only imagine what it would be like to have the ability to not only move out, but to buy the entire building. Also, anyone living with two couples — at least one pair of whom was heavily using drugs, the other of which involved chronic infidelity — would want to get out any way they could.

We also don’t know what “ideals” Benny “once pursued,” but in “You’ll See,” he makes clear that he has some artistic ambitions of his own. Michael, the infinitely more sympathetic Tick, Tick… Boom! character who abandons his art in order to support himself, notes that there comes a point when you get sick of not being able to eat. We don’t know this, but I’d be very surprised if Benny comes from a background like Mark’s — one where he has a safety net waiting in Scarsdale — based on the way he and other characters talk about his wife, Alison, and her father.

Benny’s choices clearly make him unhappy, but not necessarily because of the wealth itself. Instead, his desire to get out of a neighborhood where people “piss on [his] stoop every night” alienated him from his former friends. Meanwhile, he seems to be trying too hard in his new world. He comes off as an outsider everywhere we see him, yet he can’t resist returning and returning to the former friends who clearly don’t want to see him anymore. I wouldn’t go so far as to say Benny is sympathetic to me when I return to the musical these days, but I certainly think there is a lot going on with him I missed the first time around.

Also, Roger and Mark, you really should have gotten that free rent agreement in writing, guys.

Part of what makes Larson’s work endure is not only that it hit at a moment when the AIDS crisis met the disaffection of the generation coming of age in the early to mid-1990s. And it isn’t simply that Larson told the culturally resonant story of La Boheme in a new way. As Christopher Isherwood noted in his New York Times review of the revival of Tick, Tick… Boom!, the show feels as if it could have been written “yesterday, or today, or tomorrow.” While both Tick, Tick… Boom! and Rent are musicals deeply rooted in their respective times and places, they also include sharply drawn observations about human nature. Even — sometimes especially — the ugly parts.

Just as a great deal of Rent swag reads, the show suggests that you “measure your life in love”: this is one thread of many in Larson’s work. Personal relationships matter deeply, but they are as likely to amplify as to smooth the flaws of the people involved. We make each other better, and we also make each other worse. Both Rent and Tick, Tick… Boom! contain a great deal of hope and a great deal of cynicism. How those balance (or fail to) can largely depend on the choices made in a particular production.

Audience members also bring their own views and backgrounds along when they step into a theatre. Even when you know a show intimately — perhaps especially then — where you are in your life and who you feel like when you encounter the performance adds another dimension to its shape. These shows meant different things to me at 14, and 18, and 29. I have little doubt they’ll mean still other things to me at 34, and 38, and 49.

Then again, sometimes I still just want to yell-sing “La Vie Boheme” alone in my apartment because it’s fun. Larson was a composer who captured how it felt to be deeply alive and connected to the world around you. As much as I’ve changed, that’s something I’m just as hungry for now as I was fifteen years ago. 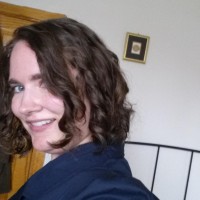 Amy Laburda lives in New York City. She has disappointed many friends by breaking the news that dramaturgy does not involve summoning the ghost of William Shakespeare via incantation.