Previously in this series: “Snow White the False”

Good morning class! Over the course of this semester, we have had the opportunity to examine, and sometimes reappraise, how different monarchical institutions have adapted to crises. These monarchies are, by their nature, conservative and generally do not change course in the absence of fairly drastic events, usually driven by external forces. A single person – even if that person wears the Crown – rarely has the power to change an entire society on their own. They are prisoners of the institutions that made them. And so today I want to begin by talking about one of the most important of those “before” kings. Some have said that his reign has been lost in the long shadow of history compared to the rule of his far more famous daughter, but in fact that “shadow” was of his own making. I am, of course, talking about King Agnarr, the last King of Arendelle before the Enlightenment.

King Agnarr was, according to documents of the time, a paranoid shut-in, and obsessed with the occult. His indulgences in the folk beliefs in his kingdom were initially eyebrow-raising, if mostly harmless, at least when he confined himself to voyages into the forest to commune with “trolls.” In any case…what’s that? No, no, I don’t know what sort of mushrooms they grow in Arendelle, why do you…oh, I see. Haha, very funny.

Agnarr was not always the “Closet King” locked away in his palace. From all accounts, his apparent madness did not manifest itself until later in his reign, after the birth of the younger of his two daughters. Prior to that, he had been a typical monarch of the time, though reading between the lines he seemed to have been perceived by his ministers as being neither particularly bright nor charismatic. There are tantalizing hints of a similar type of reclusive mania afflicting other royals of Arendelle, a disease passed down through the generations: Perhaps Agnarr was not by madness cursed, but was born with it. In any case, roughly eight years into his reign, Agnarr disappeared into his castle. His retreat was almost complete: all social and political functions in the palace were cancelled, and King Agnarr and Queen Iduna were seen only at those ceremonial occasions absolutely required by the customary constitution. The palace staff was reduced, and the gates and windows barred. Elsa and the King’s other daughter were not seen for years. There were even rumors that the King had murdered them.

The King’s surviving correspondence suggests that while he might have withdrawn from Arendelle, he was still engaged with the rest of the world. Books flooded in from all corners of the globe – the King was obsessively consuming material about the supernatural. His agents scoured Europe – and beyond – buying all the relics they could get their hands on and seeking the advice of any seer, mystagogue, or haruspex they could find. All were seeking a “cure,” which leads one to believe that the poor King was at least somewhat aware of the illness from which he suffered. At one point, Agnarr appears to have believed he would find the relief he sought – or at least the hope of it – in the tale of a magical sun-kissed flower with the power to heal all it touched, located, supposedly, in the kingdom soon to be ruled by Rapunzel the Mad. He and Queen Iduna set off to find it and were, as we all know, lost at sea.

Which of course brings us to Elsa, the Philosopher Queen, the Magnificent, the North Star, the Mother of Science. Her story is too well known to rehearse here, but I would like you all to consider her accomplishments in light of the rank superstition and isolation in which she was raised.

Her break with her upbringing was total – she refused even to attend her parents’ funeral. And no wonder — all those hours spent alone in her rooms, imprisoned by a man who believed in trolls and vapors: Who would not turn to the rigour of the ancient philosophers for relief, for study and inspiration? Can one imagine Elsa’s groundbreaking mathematics work in fractals had she not been trapped with nothing to do but observe the patterns of frost on her chamber windows? Can one imagine any monarch assembling an alliance to wage as decisive and nearly bloodless campaign against a ruler as ruthless as King Hans the Poisoner without years spent studying ancient texts of war and statecraft?

Many of these books Elsa read in the original Latin or Greek, judging by the marginal notes found in her considerable collection of books, which of course became the seeds of the National Library she bequeathed to the people of Arendelle – the first of its kind in the world. Remember, this was a woman denied even a tutor during her formative years. All of these accomplishments are hers alone, but we must think of them with the proper context, and Agnarr – tragic, insane — is part of that context.

Yes, you in the back? Ah, the “Ice Queen” nickname. Yes, she was given that nickname because…no, not because she never married. Elsa was beloved by her people and admired around the world. No, it’s because she invented an early form of refrigeration – hard to believe she found the time, given her accomplishments in architecture and mathematics.

I don’t think it occurred to anyone to ask why Queen Elsa never married, let alone disparage her for it. It is, frankly, a bizarre question. This was a woman whose very first act as Queen was a repudiation of all the fog-headed superstition of the only male in her life. In honor of her coronation, she launched a scientific mission to Arendelle’s North Mountain, to study and better understand the weather systems – in an unusually cold summer — that seemed to originate from it. It is unfortunate that those storms and that mission were confused in the popular imagination – local folklore attributes a Yeti-like snow monster to her intervention…yes? Sorry? Again with the mushroom jokes? Could you please just let it go?

Alright, that’s all the time we have today class. Next week we’ll discuss another ruler, the one who established the modern welfare system, employment protections, and labor law: Cinderella, the Great Reformer. 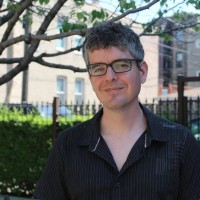