This Writer’s On Fire: Jennifer Pashley

“You can’t escape anything in a small town. The town knows everything, and not enough. All the guys you slept with, but not which ones you loved. It makes you up from pieces, glimpses of you seen around, at the firemen’s field days, the bar, the drive-thru.”

—from the first chapter of Pashley’s The Scamp, out this August from Tin House Books

The daughter of an accordion virtuoso and a casket maker, Pashley is a prolific short story author and a driving force in upstate New York’s writing community. Coming from a former life in advertising, where she had beautiful babies and wrote and used credit cards, she’s filled the pages of a lot of your favorite lit mags over the last few years. In 2005, she won the Red Hen Prize for her story, “States,” and then The Mississippi Review’s Fiction Prize in 2009 for her piece, “Something Good.” Oh, and in 2012, Carve Magazine liked her work so much that they gave her the Esoteric Award for LGBT Fiction, for her amazing story, “Angels.”

Her first short story collection, States, was published by Lewis-Clark Press in 2007, and then, six years later, The Conjurer (Standing Stone), her follow-up collection, came out to high praise and critical acclaim. Her debut novel, The Scamp, has followed through on that promise for more amazing work, and the good folks over at Kirkus Reviews have given her a much deserved star.

Why You Should Read Her

Like the serial killer in her novel, Pashley takes the damaged bodies and souls of her characters, narrates to us the intimate details of their lives and the pain they’ve gone through, and then rebuilds them into gorgeous images of beauty, redemption, and repair. Then, and only then, are we ready to experience the dark revelations she has in store for them.

Her writing, then, is like a row of surgeon’s tools at the operating table. Shining, gleaming under the pressure of what’s to come, her passages are quick knives of intense work, brief but always necessary and always effective, lined up in short movements of narrative that keep you worried and riveted at the same time. She can be as blunt as a hammer, knocking the lives of her characters around like bones, or she can be as subtle as a needle, stitching together words with silk. Either way, the shaped and carved bodies of her stories and her new book are strong, lithe wonders, capable of anesthetizing you with her words while gutting your heart in the process.

Where to Read Her Work

The Scamp from Tin House Books

“What You Know” at Memorious

“On the Cutting Room Floor” at The Butter blog

“Attracted to Both Sexes, Committed to One Person” and “An April Fool’s Wedding” at The Good Men Project

Pashley Reading from The Conjurer at Mellow Pages bookstore 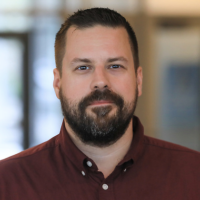 Barrett Bowlin teaches fiction & film classes at Binghamton University, where he spends a lot of time listening to '80s New Wave between classes. He's published (or soon will be) in places like Hobart, Ninth Letter, The Rumpus, Salt Hill, PANK, and War, Literature, & the Arts, among others. He writes angry things sometimes over at Twitter (@barrettbowlin).

Add a comment
Comments Off on This Writer’s On Fire: Jennifer Pashley