When Maggie Nelson and Harry Dodge fell in love it was a love irrevocable, shot through with want and give, “feral with vulnerability.” During the wild time of first falling she and Harry (writer and artist) discussed the conundrum of inexpressibility: “We argued and argued on this account, full of fever, not malice. Once we name something, you said, we can never see it the same way again.”

But this is not dire; this is The Argonauts, the belief in “forever new” expressions, as applied to both linguistic and romantic endeavors. Nelson borrows the metaphor from a Roland Barthes passage: “‘I love you’ is like ‘the Argonaut renewing his ship during its voyage without changing its name.’” And in this, a paradox—though humans long for staticity we move through the world fluidly.

Nelson encounters Argo in her relationship with fluidly gendered Dodge, in becoming a stepmother, and in the birth of their son; there is constant option for renewal. “It reminds us that any bodily experience can be made new and strange” writes Nelson, “that nothing we do in this life need have a lid crammed on it, that no one set of practices or relations has the monopoly on the so-called radical, or the so-called normative.” When Harry needs to have top surgery they fly together to Florida for the procedure:

2011, the summer of our changing bodies. Me, four months pregnant, you six months on T. . . . We have dinner at the astoundingly overpriced “casual Mexican” restaurant on the premises, Dos Caminos. You pass as a guy; I, as pregnant. Our waiter cheerfully tells us about his family, expresses delight in ours. On the surface, it may have seemed as though your body was becoming more and more “male,” mine, more and more “female.” But that’s not how it felt on the inside. On the inside, we were two human animals undergoing transformation beside each other, bearing each other loose witness.

Nelson’s description of their trip to Florida, Harry’s surgery and recovery, and her just-starting-to-show pregnancy, is an emotional pivot in Argonauts, of theory into heart into reflection. “I never loved you more than I did then . . . your bravery in going under the knife to live a better life, a life of wind on skin.”

It would be negligent to call Nelson only a memoirist, as she offers more than linear projection of a single genre. Her infusion of the personal into the theoretic honors what she calls the “great soup of being.” With lines often as ambient as they are charged, Nelson’s voice trusts, and thereby offers trust. This is no small thing in a genre such as hers. To follow her into the personal, trust necessitates itself. Within the personal it is possible, though improbable, to pull out the universal. Nelson does, shirking away the trap of language: definitives. Even her reflection on her own words proves her ministry: “I labor grimly on these sentences, wondering all the while if prose is but the gravestone marking the forsaking of wildness (fidelity to sense-making, to assertion, to argument, however loose).”

Nelson and Dodge (all of us) live in an enforced binary world, that is, a world of classification and definition. Us humans feel safe when able to identify the unknown. But are our commitments to certainty antithetical to the nebulous act of falling in love? Does love not reveal how (and how much) mystery can serve us? Nelson encourages us toward the inchoate (note, not impossible) answers to these questions. “Argo, willing to designate molten or shifting parts, a means of asserting while also giving the slip. That is what reclaimed terms do—they retain, they insist on retaining, a sense of the fugitive.”

We are a culture of identity. We see this in patriotism as much as in critical theory. We stake ourselves on it, to it. We stave off anxiety and insecurity by it. We’re conditioned to. Because if it is not certain, it is suspect. “The presumptuousness of it all. One the one hand, the Aristotelian, perhaps evolutionary need to put everything into categories—predator, twilight, edible—on the other, the need to page homage to the transitive, the flight, the great soup of being in which we actually live.”

Nelson argues for a rejection of our culture’s contemporary conceit of language—that its value is in being pragmatic, utilitarian, and concrete—allowing, instead, for its inherent poetics: ambiguity, translation, and the burn of finitude. It is the same with how we see the other. Rejecting our emphasis on staticity as it relates to gender and sexuality—that the value lays in being familiar, understood, and safe—allows, instead, for the true possibility of expression, in both language and sex.

You asked me to say aloud what I wanted you to do to me. My whole body struggled to summon any utterable phrase. I knew you to be a good animal, but felt myself to be standing before an enormous mountain, a lifetime of unwillingness to claim what I wanted, to ask for it. Now here you were, your face close to mine, waiting. The words I eventually found may have been Argo, but now I know: there’s no substitute for saying them with one’s mouth.

The movement of a writer is laborious, backstepping, and exacerbating. But for stubborn, trusting reasons that vary depending on mood, instincts, or just the fallout of a day, we send language into the world in its finite skin and hope in interminable translation. “We haven’t stopped trying to explain to each other what these words mean to us; perhaps we never will.”

Nelson’s recognition of language’s capability to annihilate would be desperate if it wasn’t for Argo, renewal. “Sometimes one has to know something many times over” and “the pleasure of recognizing that one may have to undergo the same realizations, write the same notes in the margins, return to the same themes in one’s work, relearn the same emotional truths, write the same book over and over again—not because one is stupid or obstinate or incapable of change, but because such revisitations constitute a life.”

This is Argo. This is love and language, forever entangled and renewed. 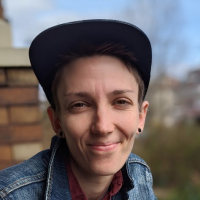 Caitlin Mackenzie is a writer living in Eugene, Oregon and working in book publishing.

Add a comment
Comments Off on Book Review: The Argonauts, by Maggie Nelson