A Letter to Rora

I love you, and so I am letting you go. I love you no less in saying this; in fact, maybe I can love you more freely now that I can say that I am not responsible for you. I cannot help you. I am not even near brave enough to call you because I am afraid of the gaping silence at the other end of the line. I don’t know where you are. Maybe you’re in school. Maybe you’ve dropped out. Maybe the person who said you have two jobs right now was right and maybe that’s a good thing because maybe you’re not living at home.

This past Sunday, I interviewed a lady who dropped out of high school–our high school–in 1999, got her GED, and then graduated from Columbia more than a decade later. I talked to her until two in the morning about this school as it was twenty years ago and this place as it is right now, until she had to leave because she had work the next day, and I had to leave because I had school the next day, too. But I keep thinking about it, about what it meant, about how it was as if I had spoken to another version of me and you and Landon and Marc–the same us, but a generation before us.

What do you remember of this school, Rora? What of this place do you carry with you? In ten years, will you have graduated from college? In twenty years, will a new version of me interview the older you asking how you dropped out and what that meant for you? Or will you move far away and cut ties from this place, just as you changed your name to cut ties from your parents, and will you forget about me and will I forget about you and will we have been two specks of dust that just happened to chance upon each other for a small blip in time?

I am asking you these things because Jean is dropping out at the end of this year. I know you were worried about him before you left. He’s fourteen and says he’s homeschooling next year, but we all know what a joke that is because home is why he’s dropping out. He can’t do his homework at home. You knew that better than the rest of us. I tried to ignore it until I couldn’t ignore it and then realized I’d fucked up and it was too late and maybe he’d already given up. Just like when I was talking to Jay the other day I asked her about her mother and it wasn’t until afterwards, after she’d overdosed on sleeping pills and ended up in the hospital that I realized that maybe I’d fucked up. Just like when you were here, and I said nothing and you were here and I didn’t realize how much you were hurting until you’d left.

So many of my friends are graduating this year, and I’m supposed to start thinking about where I want to go after senior year, and it’s weird because that also means I’m thinking about this school and how it’s shaped me and all I can say is that this place owns pieces of me that I don’t think I could ever let go. Because this school is where I met you. This school is where I met Jean. This school owns the pieces of myself that I cannot give you because you are no longer here for me to give them to.

I want to do better for Jean than I was able to do for you. I am afraid I feel responsible for Jean. Not responsible in some big, grand, way in which I must save a boy that does not need saving, but responsible in the way a friend cares for a friend, and a Korean girl cares for a Korean friend, and a person cares for those who have made us who we are. But also, Jean will leave too. Like you, except I am hoping this time he will keep in touch, or that this time, I will be strong enough to keep in touch. 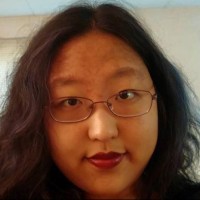 Jennifer Lee lives in New York City, where she studies Emily Dickinson and wishes she owned a cat. Mostly, she's just waiting for college. She has been a mentee with Girls Write Now, an organization that pairs teen girls with women writers as their personal mentors, for three years now.