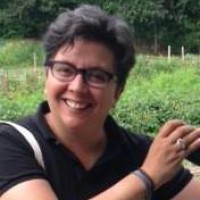 Rosanna Bruno is an artist who lives and works in Brooklyn. She loves to make stuff. She is currently finishing a comic book about the ever-fascinating poet, Emily Dickinson.