If Stephen Colbert Were Your Dad

Previously in this series: If Julian of Norwich Were Your Professor

If Stephen Colbert were your dad, you would have a lot of strange memories from your childhood. For instance, you’d remember taking fishing trips when you didn’t pack any fishing rods or tackle. Instead, you stood side by side at the water’s edge, as Stephen Colbert proclaimed to the fish that becoming someone’s dinner was just their job, and what were they, some kind of slackers? One by one, the fish leapt from the water, silvery scales flashing in the sun as they landed, flailing, at your feet. You’re pretty sure a passing bear gutted and cleaned the fish for you, and that you, your dad, and the bear ate together like kings over the grill at the picnic shelter. “Did that really happen?” you sometimes think of asking him. “Or was it like that time I had a fever and I told you there was a bald eagle perched at the end of my bed, and you just said he owed you a favor?” But you don’t ask him. It’s better that way.

If Stephen Colbert were your dad, he would have explained death to you so gently when you were four years old that you got impatient with all the crying adults at your grandfather’s funeral. ‘Cause death is no big deal, didn’t they understand? Just the next great adventure.

If Stephen Colbert were your dad, you would have grown up calling Neil DeGrasse Tyson “Uncle Neil”, and on your 12th birthday, he would have named a star after you.

The first time you fell in love and got your heart broken, Stephen Colbert would make you laugh, which would make you angry. You’d tell your best friend that he just didn’t get it—maybe dads never do. Later, you’d run into your ex, who’d look hunted. There would be dark circles under their eyes and claw marks on their hands. “This giant fucking eagle scratches at my window every night,” they’d tell you in a hollow voice. “It just sits there, watching me. I haven’t slept in weeks. No one believes me.”

During Thanksgiving, you and your dad, who is Stephen Colbert, would go outside and throw a football around after dinner. He’d end up passing the ball to you so hard that it sailed right over your head, over the house, through the stratosphere, and into near earth orbit. Magical green sparks would still be shooting from his fingertips when you stopped gaping and looked back at him. “Better not mention this to your mother,” he’d say sheepishly. “I sort of let her believe that I lost all my powers when I dissolved my Super PAC.”

One time, in high school, when you were visiting the set of The Colbert Report, a hand appeared from underneath the giant C-shaped desk and offered you a venti chai latte. You’d seen the show before, you’d just assumed the whole “Starbucks under the desk” thing was a gag. “Good! I told them to take care of you,” is all your dad will say on the subject when you ask him about it later.

When you were a kid, you wouldn’t want to sit next to Stephen Colbert during church because he sang “so loud, oh my God, Dad, can you not?” Nowadays, even though you aren’t really sure how religious you still are, you still sit right up front at Mass on every visit home, singing along with the harmony, because Stephen Colbert always sings the harmony, and because you’re in your twenties now, and his beard has turned white, and you know that one day he’s going to die.

You know that Stephen Colbert understands oppressive systems, like racism and misogyny, because he was the one who taught you about them. So you’d be really confused when you heard that his writing staff consists of seventeen men and two women, all white. You’re sure there’s a good explanation — like, maybe literally every woman of color in the New York comedy scene turned him down? You’ll ask him the next time you talk to him. He wouldn’t act like a hypocrite for no reason, he wouldn’t, he’s your dad.

If Stephen Colbert were your dad, he’d steal your phone and look through your most-played iTunes tracks. All your favorite bands would start showing up as Late Show musical guests. When you finally made the connection, he’d be totally smug, like he just pulled off the world’s greatest practical joke.

When you got engaged, you’d take your fiance(e) to meet Stephen Colbert for dinner. He’d be warm and charming during the meal, but just before he got into his cab he’d turn to you with mournful eyes, and confess that now he finally knew how Elrond felt when his daughter Arwen gave up her life’s grace to marry Aragorn and become Queen of Gondor instead of sailing to the Undying Lands with the rest of her people. You’d assure him you’re only moving to Boston, and that unlike Arwen, you have access to Greyhound, and he’d sob into your shoulder a little.

If Stephen Colbert were your dad, he wouldn’t be able to help you with your French homework, but on your birthday he would sing “Happy Birthday” to you over the phone in perfect Sindarin.

If Stephen Colbert were your dad, you’d be his date to occasional red carpet events. People there would always be asking you what the real Stephen Colbert was like—you know, when he’s not in character, and there aren’t any cameras around. “That’s for us to know, and you to figure out,” you’d answer, not in a mean way, and then you and your dad, who is Stephen Colbert, would trade matching, enigmatic smiles as the cameras went off around you, and your teeth glinted inscrutably in the flashbulbs. 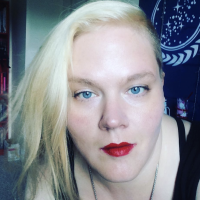 Brittany Harrison writes fiction about scary children and blogs about faith, memory, and survival. You can read more stuff she's written at Language and Light or follow her on Twitter @bnharrison.