“Not If, But When”: What I Learned At Active Shooter Training

I work in a nondescript multi-story county building in a university city in the United States. People have mistaken our building for everything from a hotel to a bank to a suite of medical offices. We don’t have children on-site (like a school does); we don’t have rows and rows of people sitting quietly (like a movie theater does); we don’t have any religious affiliation (like a house of worship does). But one day not long ago, we all had to attend a half-day of “Active Shooter Training” led by officers from the county sheriff’s department, because — to quote one of the officers — the mindset we should all have is “Not if, but when.”

The first hour of training consisted of a PowerPoint presentation highlighting some of the “big name” school shootings: Columbine. Virginia Tech. Sandy Hook. And now, Umpqua Community College. The police officers who led our training said that the Columbine Shooting was “the B.C./A.D. line” in terms of public awareness. I am old enough to remember what going to school was like both before and after Columbine, and how some things that were allowed Before were not allowed After.

After Columbine came Virginia Tech. The officers said this was how they knew that the “bad guys” were stepping up their game in response to police officers’ changing tactics. Pre-Columbine, police officers would surround the location and await backup. Post-Columbine, they rush to the shooter and attempt to engage. So what happened at Virginia Tech? The shooter used a chain to secure the doors from the inside, requiring the police to spend five crucial minutes finding the equipment they needed to break through.

During the discussion on Sandy Hook, one of the officers told us that he was married to a teacher. Every officer at the training mentioned the ages of his children, or grandchildren. The officer in charge of the PowerPoint said, “I can’t imagine what those teachers go through. You’re all adults, you can look out for yourselves. But running a drill — or, god forbid, the real thing — with 30 little kids? They’re like puppies. How can you control 30 first- or second-graders?” He seemed close to saying something radical at that point, but then composed himself and moved on.

I had honestly expected there to be a segment devoted to identifying potential shooters, but there wasn’t. At the airport, we’re all asked “Has anyone unknown to you approached you or asked you to carry something in your luggage?” Maybe I expected to hear “Look out for people carrying multiple duffle bags” or “Unseasonable clothing could conceal weapons and ammunition” or even “The majority of these shooters have been young white able-bodied men” at the training. One of the police officers did start a sentence with “When these mentally ill people…,” at which point I interrupted him.

There was a moment of silence. “Okay, thank you,” he said, and quickly moved along.

The second hour of the presentation focused on tactics. Everybody knows to get out of the building if there’s a fire, but the default procedure for virtually everything else used to be to stay put and await further instructions. The officers said this led to more casualties at Virginia Tech. Students lined the halls as if it were a tornado warning. In drills run at schools and universities, students would often ignore the emergency exits and attempt to flee via the main doors of a building, because the only possible use for the emergency doors, in most peoples’ minds, is a fire.

Now the first option the police officers want people to consider during a shooting is to get out of the building by any means possible. A junior employee asked the more senior employees if the windows on the upper stories could be broken with a chair. No one had a good answer. Everyone started looking at the stairs and doors and elevators — how many of us could fit? Who would trample whom?

The police officers then said that if we were trapped in the building with no opportunity to flee, the best option was to shelter in place. Improvise barricades with office furniture. Lock doors if possible, but don’t leave the key in the door. The average shooter wants to kill as many people with as little resistance as possible, so if a couple of solid kicks to the door are ineffective, he’ll likely move on. Which, when you think about it, amounts to “Get the shooter to ignore you and look for someone else to kill.”

Next the officers advised us in improvised weaponry, which is a fancy way of saying “Throw anything that isn’t bolted down.” They said that even with all their years of training, when someone starts throwing small objects at them, it’s very distracting. The average shooter is anticipating stationary targets he can spray with bullets, but if he is suddenly being pelted from all sides with staplers and shoes, he may become disoriented or even flee. Luckily for us, I suppose, there’s no shortage of small, throwable objects within reach at my workplace.

The last half-hour or so was devoted to a simulated scenario during which an officer would fire blank bullets inside our building. People were divided into groups and staggered around the building to recreate an average day, with both staff and visitors going about their typical activities. I elected to stay in an open area near the entrance, which is where many people might be waiting for appointments on a typical day. An officer later pointed out to me, “Anyone in this area is probably dead.”

The officers warned us what would happen. We all knew that the whole point of active shooter training was to hear and understand what gunfire would sound like in our building.

And then it started. Down the hallway, I could hear the “shooter” kicking in doors, screaming “I’ll kill you all!” and firing repeatedly. Some of my coworkers nearby fled into an open office. I curled up in my seat with my head down. I imagined sitting here, as I often do, reading a book before I clock in, or just looking out the window.

The shots kept coming, getting louder. It smelled like blown-out birthday candles. I was frozen. I didn’t think to reach for my phone. I couldn’t bend down to pull off my shoe. I was rooted to my spot, just waiting.

Everyone came out of hiding, one by one, and recounted the methods they had tried when the shooting began. One group barricaded themselves in a supply closet. Another group improvised a counter-attack – one person climbed on top of a stack of chairs and was ready to brain the “shooter” with a potted plant. A more senior staff member openly admitted he had made for the roof access ladder hidden in the electrical room, and wasn’t concerned for anyone but himself.

The officers urged us to keep discussing tactics and to remain vigilant. “Remember,” they said, “it’s not if, it’s when. And if it’s not here, it might be when you’re out at a restaurant, or visiting your grandma at the hospital, or picking up your kids at school.”

When it was all over, I thought back to something one of the officers had said about fire drills: Thanks to the ubiquity of fire drills, we haven’t lost a child to a fire in a school since 1956. I doubt there’s anyone under the age of 35 in this country who doesn’t know the phrase “Stop, drop, and roll!”

But I don’t think the lack of children dying in school fires is due solely to the effectiveness of the drills we run. I think it probably also has something to do with better building materials that don’t catch on fire as often, and more exits, and fewer staircases, and more fire extinguishers, and telling children all the time, “Don’t play with fire.” Despite the fact that matches and lighters are available for a dollar or less at every gas station from coast to coast, a gas station employee would probably think twice before selling a lighter to a 10-year-old.

Arson does happen, of course. But no one seems to be suggesting that church fires or clinic fires are the new normal — that it’s not a matter of if, but when the next one happens. There’s no outcry from some “open torch” group. People who carry lighters around because they smoke cigarettes, people who build the occasional campfire or bonfire won’t get touchy and defensive. Everyone seems to accept that fire can and should be regulated.

I don’t know. I’m not an expert, obviously. I’m just a low-level county employee in a university town who punched in to work one day and got paid for three hours of Active Shooter Training. Maybe this will eventually become a certification that has to get renewed every couple of years, like our First Aid training. Maybe there’s even a teacher out there who has made up a catchy slogan to go along with “Stop, drop, and roll” to help their students remember what to do: “Throw a book, flip a chair, don’t look back, get out of there.” 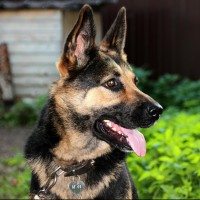 Ander Morgan abandoned the pursuit of an English degree when it became clear that the world did not need another Hunter S Thompson. These days, Ander is mostly happy to be a cog in the bureaucracy of local government.