Two guys team up to raise a wife together, to show the children living next-door that they are responsible and have matured since that embarrassing encounter with the kids on that day they moved in, eight years ago.

A well-adjusted person has a job and occasional, satisfying relationships during his late twenties.

A kind, rich man adopts two young kids from the wrong side of the tracks. He has a stroke; they are put back in the foster system.

Two people who are polar opposites get into a fight on the subway one day and then never see each other again.

A sassy, unconventional con artist is promised immunity from the law if he helps a prison warden get a cat out of a tree.

Everyone’s favorite comic book superheroes are in a rock band together. A commitment to “finding their sound” leads to drastic increases in crime across the globe; the U.S. government collapses under threat of terrorism, and the economy follows soon after. Their single would have made it to the top of the charts, could anyone still afford records in the post-apocalyptic wasteland.

A teenager with terminal cancer is bitten by a werewolf and still has cancer.

Two four-year-olds, lifelong friends, team up to run a sanitarium after discovering they inherited it from their dead parents.

A family of lovable monsters buys a house in an all-human suburb of Dallas. All the other families move away as soon as possible.

A dog stumbles upon an old, rusty leash that when worn, instills in him the basketball prowess of Air Bud and also canine tetanus.

Following the repeal of Don’t Ask, Don’t Tell, two Average Joes cross-dress and enlist in order to meet women, and realize in boot camp that their plan makes no logical sense.

A spoiled rich girl loses all of her money, then lives a very sad life in Canada to avoid paying overdue income taxes.

Three aliens crash-land on Earth and attempt to outsmart humans with their superior technological capabilities and wacky out-of-this-world perspective, but eventually are captured by the government and subjected to a series of painful, ultimately lethal, experiments.

A stand-up comic slowly alienates everyone in his life with his inability to stop turning conversations into punchlines.

A young woman leaves her fiancée at the altar, goes to her best friend from high school for advice, realizes she’s made friends since high school, moves in with one of her roommates from college for a few months, then gets her own apartment. She decides to try to be a writer, and that takes a lot out of her. 15 years later, she settles down with a nice guy from the suburbs. 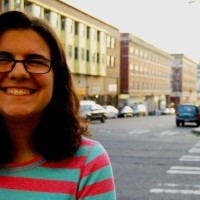 Lisa Franklin is still waiting to hear back from NBC about that canine tetanus pilot. She also does stand-up and attends college kind of far from Boston. No, not Tufts.