By Tyler Coates and Maris Kreizman

This appeared in the June 2016 issue of Vape Aficionado, the ONLY men’s magazine that combines bro interests, vaping, and casual sexism, and is republished here with permission.

Are you a good old-fashioned literary man who reveres the literary canon during a time when pesky diversity issues and political correctness make it unbecoming to profess your love for dead white men alone? It’s very hard out there for you. You’re constantly expected to fail (and you often do). But it’s not your fault—the canon is full of dead white men. You’ve been told for years which men are the greatest writers. Where are the lists of women through which to expand your cultural awareness? Which lady author should you take the time to actually read? However can you be expected to pick a diplomatic female author to carry your literary stamp of approval?

We are here to help. Whether you’re filling out your Tinder profile, making a listicle of books that everyone in their twenties should read, or inviting your favorite authors to a hypothetical dinner in The New York Times Book Review, you’re bound to find your token lady writer soulmate on this list.

Flannery O’Connor: Flannery was Faulkner with a pussy, the go-to gal for manly men who like manly prose. There is nothing dainty about her writing. Plus her obsession with the grit and the grime of the South of the early 20th century has inspired working-class heroes of various artistic mediums (hey, Bruce!).

Carson McCullers: Because Flannery O’Connor is so passe.

Harper Lee: She’s a respectable choice for the literary poseur who actually hasn’t read a book since high school—not to mention her close proximity to greatness (even if anything Truman Capote wrote other than In Cold Blood is too fruity for you). But rest assured: a white man tried to take credit for her work, so you can always remember that a vote for Harper Lee is a vote for the literary ruling class.

Joan Didion: If your favorite go-to white guys are Tom Wolfe, Norman Mailer, and Hunter S. Thompson, then J Diddy is the logical choice to bring a bit of vagina to New Journalism. Bonus points: blatant objectification, and the chance to say “J Diddy.” Cheeky cultural appropriation only proves how cool you are!

Mary Shelley: She practically invented the horror genre, and even Stephen King is a little too pedestrian to put on a list of great literature—no matter how many times you’ve read the complete Dark Tower series. Plus, you get the chance to correct the greatest and most common literary mistake: “Actually, the real monster was Dr. Frankenstein…”

Donna Tartt: You can’t recommend Bret Easton Ellis to your mom’s book club, so Ellis contemporary Donna Tartt will have to do.

George Eliot: Whoops, you thought George was a dude, didn’t you? Purely accidental, but it still counts!

Ursula K. Le Guin: Because you still love A Wrinkle in Time!

Evelyn Waugh: Another accident, I’m sure. But he did invent Imposter Syndrome! Now you have something to talk to your girlfriend about.

Margaret Atwood: Because she’s good at Twitter and you forgot how to spell “Le Guin.”

Jennifer Egan: Can you make a top-five list of why High Fidelity is your favorite novel of all time? You might like A Visit from the Goon Squad. She also wrote other novels not about the music industry if you’re into that sort of thing.

Iris Murdoch: She really gets men.

Nora Ephron: Even Christopher Hitchens thought she was funny.

Lorrie Moore: So much wry emotion! She’s the reason why you blog.

Zadie Smith: One of the most important writers on the immigrant experience and race and class today. She can even talk to you about hip hop. Plus, she’s hot!

Alison Bechdel: The namesake of that test your favorite books always fail. Bonus points for arguments about whether graphic novels count as literature.

Elena Ferrante: If you feel like Norwegian author Karl Ove Knausgaard is the most important writer whose name you can’t pronounce, here’s an international superstar with an easier name. And you can still hold out hope that the writer whose nom de plume is Elena Ferrante is actually a man.

Jennifer Weiner: Let’s face it: it’s so much fun to troll Jonathan Franzen. 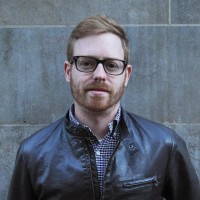 Tyler Coates is the Culture Editor at Esquire.com and has written for places like Flavorwire, Brooklyn Magazine, Slate, and The Village Voice. He loves William Faulkner and Flannery O'Connor equally! 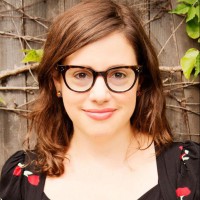 Maris Kreizman is the creator of Slaughterhouse 90210, a blog and book (Flatiron Books, 2015) that celebrates the intersection of literature and pop culture. A former book editor, Maris very much enjoys critiquing her own writing.