Introducing Our Woman In Italy: Dispatches From the Front

I was born here, and 35 years later, I still live here. I could give you a number of plausible-sounding reasons for it—I enjoy spending time with my family; I almost make a living as a writer in my native language—but, the truth is, I did try leaving. It didn’t take. There always seems to be something bringing Italian women back, be it a desire to see our country get back on track, or a hunger to see just how bad it can get.

Last November I was being weird in a coffee shop, learning about the trial of former Prime Minister Silvio Berlusconi as reported by national newspaper La Repubblica – one of the previous day’s witnesses, Dominican-born TV girl Marysthell Polanco, was written up as displaying “the attitude of a classroom bully.” Then a customer said another TV girl, Belén Rodríguez, was dealing with her share of harassment; Rodríguez lives in Milan, in the fashionable Corso Como district, and every night she had to RUN home, since guys had started following her around, yelling puttana, puttana. You whore.

And then the lady who owns the coffee shop screamed: SERVES HER RIGHT. SHE IS A WHORE. AND I HAVE EVERY RIGHT TO CALL HER A WHORE. SOME GIRLS CLEAN UP AFTER OLD PEOPLE RATHER THAN BEING WHORES. BUT SHE’S A HOOOOOOOO.

Italy: where fifty-something, left-leaning, public-radio-listening ladies may still proclaim their right to call you a whore.

Before we get into it: Ms. Rodríguez was NOT involved in the Berlusconi trial. A former teen model from Argentina, she got famous off a reality show: her biggest crimes being questionable showbiz friends and a three-year relationship with entrepreneur/convict Fabrizio Corona. (My friend D. interjects: “I think Belén dated Corona cause he looked amazing and he banged her senseless.”) Anyway: Belén Rodríguez = Innocent Bystander. RIGHT?

I’m guessing you know something about the trial. You may not know about the fallout on women.

To international news people and casual observers, Italy is a long-standing source of amusement. The constant state of conflict between public and private interests has been identified as “crazy”; same goes for our dwindling resources, our apparent inability to pick a leader and stick with him/her. (JUST KIDDING: him.) This turmoil, to some, can even become a strange source of Italian pride – much like Mr. Berlusconi fancied himself un uomo che ama le donne, an old school ladies’ man, gaining a massive European reputation as a borderline sex addict who loved to throw money around (a reputation he made a point of propagating himself). Then again, when you see Charlie Brooker recapping your country’s recent history in less than four minutes, you learn your place in the world pretty fast.

Back to the trial: Berlusconi’s been found guilty of paying Karima El Mahroug (aka “Ruby”) for sex, fully aware she was underage at the time. (Prostitution cannot result in jail time, but soliciting and/or exploiting it can; paying a minor for sex = NOPE NOPE NOPE.) Berlusconi’s ritualized sexual theatrics have been well debated. He paid off 30-odd women at a time, his Papi girls: they were a sex worker / club dancer / professional girlfriend / houseguest combo. No need to call them le puttane di Berlusconi – it was more like an entourage of mantenute, kept women, rather than the Italian controversy-free definition of what una puttana actually does. Papi girls were expected to care about Papi.

Back in 2010, when “Rubygate” broke, there was a fair amount of pearl-clutching and why, I never!… going on. Then everyone started talking about mignottocrazia: “Whore-ocracy.” Such was the title of a nonfiction book by journalist and former Berlusconi acolyte Paolo Guzzanti – he argued a bunch of “lady friends” were handed a political career during the many phases of the Berlusconi era (1994 – present), despite having little to zero previous record of being even interested in politics; their right-wing mentors still hyped them as “promising young women” with “keen political minds.” (Arguably a case of mignottocrazia at play: Nicole Minetti (pictured above), a model/dancer who landed a seat in the Regional Council of Lombardy.) But the word mignottocrazia took a life of its own. As “Papi girl” became the moniker for any female public servant linked to Silvio Berlusconi, it became acceptable to refer to public female figures of any kind as Sluts and Whores. One in a long line of offenders: musician Franco Battiato, Sicily’s Councillor for Tourism, going ON THE RECORD as saying: “Those Parliament sluts are up for anything… They should set up a brothel and be done with it.” After all, sono tutte puttane. They’re all whores anyway.

And ungrateful whores at that.

The girls were paid to be nice. They had to show the appropriate amount of love, if not for The Man Himself, for his liberal spending ways. He was a baller, the baller; he could take you places.

Here’s the thing: most of them were not nice about it.

As showcased by a number of wire-tapped phone conversations, Papi girls complained about The Man not being as generous as he used to be; they bragged about the money they were still making, the celebrities they’d met. And they asked The Man for more. Some liked hanging out with other girls, in a cheerful, co-conspirator way, while some hated the competition.

By several accounts (which she denies), Nicole Minetti was one of a few scouts trolling Italy for fresh faces to be introduced to The Man. Talking with friend and potential recruit Melania Tumini, Minetti described regular guests of Berlusconi’s as “zoccole” – hookers – and “South American chicks straight out of the favelas who can’t even talk”; as for her role, she went with “io faccio quello che faccio,” or “I do what I do.” Minetti was nice to The Man. She picked up the phone whenever he called; she sweet-talked him, humored him. Later on, she changed her tune: HE’S THE ONE WHO GOT ME IN TROUBLE, I COVERED FOR HIM. HE’S OLD.

The fantasy of a humble whore was shattered. This new breed of girl didn’t know her place.

Still, most of the girls – Minetti included – swore under oath they never saw anything inappropriate happen to Karima El Mahroug (left). Maybe they were compensated for it (El Mahroug herself was rumored to have a multi-million Euro deal to deny all allegations) – right now, they could (and probably will) get probed for perjury.

The girls were also called Le Olgettine – Olgettina being a street on the outskirts of Milan, and the (unofficial) name of an apartment complex many of them stayed in, on a more or less temporary basis. Blogger JonKind happened to live there as well, and he wrote about it: as the scandal broke, Le Olgettine couldn’t leave home without covering their faces, while their neighbors were asked questions such as, “Did you ever see Mr. Berlusconi enter that apartment? No? Well, how about THAT one?.”

To be fair, not all girls were created equal.

Former TV presenter Mara Carfagna won her first Parliament seat in 2006. She’d been assigned a “safe” district, sure, but she was a young, successful media person with a college degree. Hand-picked by Berlusconi or not, she held a tremendous appeal to older voters in the region she was born in, Campania. She was a done deal.

(So Ornella Vanoni lost. Whatever.)

Back to 2006: campaign documentary Politica Zero portrayed Carfagna as a Berlusconi-bot who couldn’t get off script. Her first couple years were tough. BUT: after that, she went to work. She hired bipartisan consultants (who later said she’d been “surprisingly adequate”), she apologized to gay MPs for previous homophobic statements, she attached herself to a number of woman-friendly causes: she became the public face of Stalking Is A Thing, We Need Some Serious Laws NOW. And we do have some laws now. Because Mara Carfagna gets shit done. And she makes sure everyone knows she gets shit done. And because of that, many still perceive Carfagna as the Papi girl she may or may not have started out as. (RUMOUR: Berlusconi once assessed her skills with “I don’t know whether she’ll make for a good politician, but she sure can suck a dick.”)

Last May, Carfagna was verbally assaulted in a Roman store – she called the police and went public about it, stating, “it’s not the first time it happened to me.” A Parliament session devoted to femminicidio (REALLY LONG story short: femminicidio = viewing a murdered woman as the victim of a full-on hate crime) was liveblogged on Facebook by Carla Ruocco, a representative from Movimento 5 Stelle, who didn’t miss the chance to snark at Carfagna’s speech. Oooh, she’s the worst. How dare she talk about objectification? HER? This is a travesty.

“Rubygate” was a game changer all right. It triggered a mad rush towards outdated gender roles, as women of all political affiliations scrambled to distance themselves from every kind of Papi girl, swearing up and down they’d never stoop so low, they were born Smart, Nice Girls and they worked SUPER HARD to stay so. As if they’d rather die than allow some man to taint their integrity. (More fun stuff: the Catholic Church has a history of granting sainthood to ladies who resisted sexual assault and were killed for it, such as Santa Maria Goretti.) To sit at the Smart Nice Girl table, the first order of business is to get rid of any residual trace of empathy – or even plain curiosity – towards Those Other Girls ( = Them Whores). Any Italian woman who won’t comply is risking to be shamed as a lost cause, someone dominated by what local pundits – male AND female – call “la voglia di apparire,” the will to be seen.

And the women’s movement is no stranger to this, either. Much like the Julian Assange case became a call to arms for American feminists – at least, this is how it looked to us over here – the Berlusconi-related scandals seemed to energize activists all over the country; still, a lot of attention was (and is) given to the way women choose to present themselves. The short documentary Il corpo delle donne, which went on to inspire a book and a mini-movement of sorts, boiled down to a polemic against plastic surgery / unrealistic beauty standards, showcasing Italian women as “not knowing themselves anymore,” “unwilling to age naturally,” and so on. Berlusconi and his cohorts weren’t exactly absolved, I’ll give you that, but the undercurrent of “boys will be boys” was impossible to ignore. (Or, in Mr B.’s case, ballers gonna ball.)

Feminism played a crucial role in the two biggest Italian social battles of the Seventies, those involving divorce and abortion. Back then, it was a matter of improving any woman’s situation, keeping the moral judgement down to a minimum. 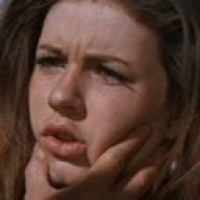 Violetta Bellocchio lives in Italy. Her nonfiction work has appeared in (been featured in) Rolling Stone Italia, Vice Italia, E- il mensile di Emergency, IL Magazine and Rivista Studio. Her next book, a memoir, will be out in 2014.