Because of the taboo on torsal nudity, it is worse to overheat if you are a woman than if you are a man, and the last few weeks in London have been abominable. It isn’t just too hot for the British, with our reptile blood and undeveloped hearts – it is too hot for anybody. What’s that faint sound, wafting on the wind? Lo, it is the rub of thigh upon reddened thigh, the trickle of sweat down smalls of backs.

Nothing for it but a dip! There is a place to go: an old, grassy, watery place, where no men are allowed in. It’s called the Ladies’ Pond, and it is the best pond in the world.

Well, it is actually one of three swimming ponds out of 30 dotting the eastern perimeter of Hampstead Heath, London’s impossibly enormous (320 hectares) and ancient (immemorial) park. Two are segregated by gender and one is (ugh) mixed. I haven’t been to the men’s one, obviously, but it is well represented in things like Alan Hollinghurst’s The Line of Beauty and therefore spoiled and needs no further attention.

I do not care for the mixed pond.

Very nearby is a fourth outdoor swimming spot, the Parliament Hill Lido, built in 1938. 1920s and ‘30s London saw a craze for building open air pools. The Ladies’ Pond itself opened in 1925. Not that many original lidos survive, actually, and there isn’t much wild swimming to be had in London. You can swim in the Serpentine in central London’s Hyde Park, though. I was lucky to grow up near a lovely lido, Park Road Pool – originally Hornsey Lido when it was opened on June 1st, 1929. Other surviving art deco classics include the lovely Brockwell Lido in Brixton. By all means plunge into the lido corner of the internet if you’re interested.

Incidentally, Tecton’s famous penguin pool at London was opened in 1934. Stylish, no?

Not far from the Heath and the Zoo is a different kind of water-based building, built not for leisure but necessity: the old Hornsey Road Baths and Laundry. My parents’ best friends used it when they lived without water for a bit of the early ‘80s. The people going in and out used to stink of carbolic soap, apparently. It is converted into a youth arts centre now, but the baths’ sign depicting a plunging swimmer remains, a magnificent icon of the water-loving women of North London:

And we do need a local, gendered, swimming-icon, I think, to go with our temple.

Although a lido can be an ordinary outdoor swimming pool or a body of natural water, and we need water to drudge as well as to play, the Ladies’ Pond is pure, wild, recreation and thus it is special. It is a gently mystical place. Enclosed by thick fir trees, only adult ladies are allowed in. Safely fenced, you can lounge around in the buff with your fellow woman without fear of spies (although a friend of mine tells a great story about a voyeur dropping a sandwich out of his tree and having to be rescued from the butches by the lifeguard).

The grassy lounging banks are around what’s more like a lake, really, dotted with ducks and floating buoy things for hanging onto. There’s a little building by the diving platform where we queue politely for the bathroom, watched over by the best of contemporary superheroes, the lifeguard. There is no greater pleasure in this world than slowly swimming from one side of the pond to the other with your friends in convoy, gossiping. Most women sunbathe topless and some totally starkers. The place simply bursts with greenery.

The ponds may have opened in the ‘20s but people have swum here for centuries, since the malarial marshes were drained for reservoirs. The heath is a very old place, first mentioned in legal documents in the tenth century. It isn’t really even a park at all, but the surviving bits of Middlesex Wood that London has grown up around. Keats wrote “Ode to a Nightingale” in a nearby pub, listening to the Heath’s birds. Hampstead Village itself is now much more of a super-rich playground than the literary hub of past times, but the Heath’s charm is undiminished.

The City of London Corporation tried to close the ponds in 2004, because they are expensive to run and I guess you might get a little peaky if you drank several litres of the water. The redoubtable Michele Hanson, who still writes a column at The Guardian on life as a lady of a certain age, joined the campaign to keep it open. I love the quote she used from Mary Cane: “If you start the day by climbing into a painting and feeling lovely,” says she, “you can go on and face the world and the Northern Line”. Well put, Mary.

A High Court victory was won; the ponds stayed open. Only now, for the privilege of feeling happy and affirmed in your affection for the human female and dipping your sweaty bod in refreshment, you must pay the handsome price of two pounds sterling ($3.04). What a stroke of luck that it stayed open – the Ladies Pond is thick with history as well as mystery vegetable stuff. Not everybody was keen on the fare introduction, however, and the ticket machines were vandalised (by ancient grannies whacking them with umbrellas, in my imagination).

A no-nonsense group of women advocate for the Ponds today, the Kenwood Ladies’ Pond Association. A few weeks ago, an enormous dead python was found in the undergrowth, probably an escaped pet. Local organ The Ham and High quoted its representative thus:

Catherine Cinnamon, of the Kenwood Ladies’ Pond Association, said: “The dead ones can’t harm you! Nobody has mentioned it among the regular swimmers. I don’t think we’d be bothered at all to be honest, I can’t imagine that anyone would bat an eyelid.”

The dead ones can’t harm you. So sanguine! If I’d swum into that python I would have drowned myself on principle.

I am also in love with the minutes of the KLPA’s sweet and efficient meetings, like this gem from May 8th of this year:

d.     The idea of a shelter in the table tennis area did not receive support at the AGM, although a bench of some type would be more acceptable.  Simon Lee had in mind expenditure of £400-500.  This may involve using an old tree trunk for example.  It will not be happening soon, and the major works could allow for some form of sheltered seating to be incorporated into the changing room area.  It does need to be located where lifeguards can see and supervise the area.

I imagine Simon Lee’s extravagant notion crushed beneath the heel of the ladies’ pragmatic withholding of their support. And what delicious mystery is this? Fontanalia?

a.     Recent impromptu events have generated interest, but these have become more frequent.  The Committee was broadly supportive but wanted to ensure some safeguards, for example sufficient notice of events, decorations to be removed after a week and KLPA items only to be used with prior agreement.  The events are not KLPA led and nor has that impression been given anyway.  The lifeguards’ views on safety concerns would also need to be taken into account. It was agreed to donate £50 towards costs already incurred, as a one off good will gesture.  The number of such events is likely to settle down in time.

I can see why anybody would go a little bit pagan over the ponds. A hot July in London has a specially fulsome kind of summerishness, because we have so much vegetation. Slutty-looking roses hang pendulous in front gardens, on the brink of falling apart. The trees have thickened into a kind of ceiling, in a lot of places. It makes you want to write terrible poetry.

A few Sundays ago, I made my way towards my parents’ house after a swim at the ponds with my lovely friends, sweating good-naturedly. Tired from breaststroke and spacey from sunburn, the trip to the ponds had stoked some little internal brazier of goodwill that burns, to be honest, pretty rarely. I’d woken up sad over some hackneyed romantic misstep and the pond had made me happy. I don’t often feel grateful to strangers for what they’ve put into the world, but I do feel I owe a debt to those who have cared for this little patch of water.

My particular terrible poem wouldn’t be about wild swimming itself. It would be about all the different sweaty city women, past and present, entering bodies of water – to wash with stinging soap at the public baths, to wallow merrily in the pond, to parade about bravely in their swimsuits at the new art deco lido. May we splash in perpetuity. 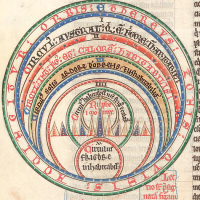 Josephine Livingstone is a doctoral candidate at NYU, to be found at @jo_livingstone.