I have a song that follows me around. Every couple of years, ‘I Can’t Make You Love Me’ finds me, like someone seeking forgiveness. The intro comes on the radio, the sound of the piano trickles like rain against a building, and I know that it’s come back again.

It’s strange, because the song’s not attached to a particular sadness, to a particular break-up. In fact, it feels like a bit of an asshole. Like someone you cast off because they made you get rid of them; someone who pushed you so far that you had to get gone. I’ve heard it so many times that I don’t even know if I like it. But the sad songs that find you are always the most beautiful bastards. They make your stomach lurch when you recognise the beat from someone else’s headphones. They catch your breath when they leak out of the kitchen from the café down the street. You love them, and you hate them, then you purge them from your life forever.

Yet, like everything that you no longer want, they always come back. If they didn’t, you’d return to them anyway. Sad songs are small acts of flagellation, which is what makes them so inexplicable. They burn brighter in your mind because they hurt deeper in the meanwhile and that hurt, regardless, feels really good.

This much is science. Psychologists look for qualitative reasons why people might choose to make themselves feel worse. Last month, researchers at the University of Limerick published a study that linked the “listening strategies” for choosing sad songs with repetition. The listeners wanted to reconnect with their feelings, recover a memory, or feel part of a wider experience. The idea of becoming happier was not often a consideration; what people wanted was to be so immersed in their sadness that they would be pushed through to the other side.

At the Tokyo University of the Arts, 44 more volunteers were asked to listen to a selection of sad and happy pieces and to rate their perception of the music against their emotional state. This time, the researchers noted a contradiction. Although people felt worse as a result of sad songs, they also felt what they described as a “romantic emotion.” That is, unlike a sadness that is felt in daily life, the misery that resulted from playing sad music actually made the participants feel good.

That rush is missing from the experience of the upbeat. Nobody felt when listening to ‘Walking on Sunshine’ what they did for ‘Nothing Compares 2 U.’ With happy songs, the participants had no similar depth of sadness. But they also missed the uplift that comes, not from misery alone, but from the presentation of misery within music.

We don’t always listen to sad music for sad reasons. It’s not news to me, but it has been to others. One guy I know, who is chirpier than most, is currently falling unhappily and deeply in love with Death Cab for Cutie. At the age of 28, he’s upset with himself. “It brings me back,” he says, “To my angsty, high school years. All those feelings are there, even though I didn’t listen to them back then. It’s confusing, because when I hear it, I feel good and bad at the same time. And I don’t know which feeling is true.”

So he’ll put on Transatlanticism, because he wants that feeling back. Whether it’s good, or bad, or just majorly confusing, he knows that he feels comfort in the familiarity of someone else’s sadness.

I didn’t choose my sad song; ‘I Can’t Make You Love Me’ chose me. The first time I heard it, I was sitting in on auditions. Three girls turned up to sing it within an hour of each other and delivered it diligently, with eyes firmly closed. They did not sing well and, having never heard the song, I thought it was pretty dull. But everyone on the judging end nodded gravely and commiserated that it was a difficult thing to get right. I had no idea. There was something strange and creeping and oddly repetitious about the way the tune rose and fell, but I didn’t know what the song was even about.

Then, there was Bon Iver. This was five years later and, at that moment, I was in need of a song. His version had been posted through every chasm of the internet; as I listened, I remembered the auditions in Massachusetts, realised what the song was about, and began to feel like I was being slowly punched in the face.

Of course, Bon Iver had made it sadder. They had shifted the song to a falsetto more broken than Bonnie Raitt’s raspy husk, seguing in from Donnie Hathaway’s ‘A Song For You’ and out via ‘Nick of Time,’ which, I discovered, was another, more upbeat song by Raitt. But closing with “I found love in the nick of time” didn’t do anything to lift the mood. In fact, it made it bleaker. Out of context, the line became strange and ironic and ended the song like a middle finger slowly rising to the concept that misery might ever end.

A song already saturated by desperation had become even sadder. But even when my own sadness lifted, I listened to it addictively; I put it on repeat, streamed it through my headphones as I worked in the library, typing mechanically in time to the music so that it seeped through me without even noticing.

One morning, I had played it around five times in a row before I heard someone from two cubicles down say aloud, “Sweet Jesus, not that song again.”

Only then did I stop.

That is, until a year later, on a long train ride to Edinburgh, when a friend turned to me, and asked, “D’you know what I think we should sing?”

The little fucker had come back again. And the song’s not even famous in Britain. That summer, I finally listened to Luck of the Draw, the album on which ‘I Can’t Make You Love Me’ sits so strangely. It doesn’t sound like a Bonnie Raitt song; she, I discovered, was pretty raucous. But my first instinct had been right; the song was oddly repetitious, even incessant; a variation on just four chords whose rhythms rely on the hammering, and constant return to, the opening chord. Although its time signature is regular, the chord changes come a half beat before the middle of each phrase which knocks the rhythm off kilter. It makes the song sound like it’s quaking, and its sadness is so convincing because it feels inescapable.

The lyrics, like the chords, are straight-forward. Raitt begins with instructions but it’s clear that she’s convincing herself as much as her lover: “Turn down these voices inside my head.” I asked my friend, who sang it so sweetly to me on the train, why he listened to it. “Because it’s not delusional,” he said. At the moment of singing, Raitt has passed the moment of realisation that her partner is out of love and, instead of blame or anger, is choosing to lie down and give up. It’s the repetition that shows this, and the repetition at the end of the verses that carries the most.

“Don’t patronise me” is the only part that doesn’t read like complete surrender.

It doesn’t sound like a Bonnie Raitt song, but that’s because it’s not. Originally conceived in a bluegrass style more suited to the album, it was written in 1991 by Mike Reid, retired football player turned country artist, and Allen Shamblin, a marketing graduate and former real-estate appraiser. Reid had read about a man arrested for being drunk and shooting at his girlfriend’s car. Upon sentencing, the judge had asked him if he had learned anything.

He replied, “I learned, Your Honor, that you can’t make a woman love you if she don’t.”

It’s an odd story which seems all the odder as the driving force for a song. Raitt’s producer, Don Was, claims that he can’t listen to the record because it’s too emotional, too much of “a woman’s song”. This would sound idiotic even if the song weren’t written by two men about a man’s justification for an act of domestic violence. Yet something in it connected with Raitt and she recorded in one take. This, she says, was because she couldn’t recapture the emotion a second time. Was, however, claims that they recorded in one take because there were parts through which Raitt was sobbing uncontrollably.

If you watch her performance from the Grammys in 1992, you can see Raitt visibly let out a sigh when the song is over. It might not be her song, she said, but ‘I Can’t Make You Love Me’ felt like it was about her.

Cover songs exist in parallel universes that are ever so slightly overlapping. And there’s something insidious about the way ‘I Can’t Make You Love Me’ comes back every so often, all dressed up as a different version of itself, so that it’s not immediately obvious that this is the self-same song that you knew before.

It might be that there’s a commonality in misery that there isn’t in happiness, that rush of feeling that someone else feels bad at the exact same moment that you do. Perhaps, even if you feel happy, it’s comforting to know that someone else is not, or to remember a time when you weren’t and to be grateful that it’s passed.

‘I Can’t Make You Love Me’ invites interpretation, perhaps because it appears to be so simple, so miserable. Like the girls in my audition, everyone thinks they can sing it. But very few can do it well. You can spend the most relentless afternoon of your life trailing the covers on YouTube. George Michael’s version is serene, and Prince, who I thought could turn anything to gold, makes the chorus oddly and unrelentingly aggressive. Kelly Clarkson sings too fast and far too assured, as if she knows the original too well to convey the vulnerability of the lyric. But watch the video of Adele, who added the song to her set the same month as Bon Iver, and you can see that the song is her beautiful bastard, too. Her voice breaks, she tears up even introducing the song. It is, she tells the audience, “perfect in every way.”

This is the connection that the psychologists speak of. ‘I Can’t Make You Love Me’ does an unusual thing that shouldn’t seem so unusual; it universalises the universal by saying something so simply that it feels truer, more replicable, for its lack of complexity.

Last summer was the last that it would follow me around. Up in Edinburgh again, I found the sheet music for the songs that we would spend a month performing. And guess which one was top. 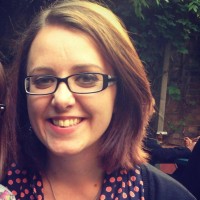 Rachel Sykes researches contemporary US fiction but has a lot of time for Gogol, Prince, and the genre-defying work, Dreamgirls.