Step Out Of The Car, Please: One For The Road

Previous entries in the series can be found here.

The sound of the tires exploding, the bottom of the car bouncing along the shoulder of the road, the screeching sound that comes with a vehicle out of control: none of that was enough to bring me out of my blackout. My car had veered off the interstate into the grass that separated it from the walled community on the other side. I was slumped over the wheel. My knowledge of these events are not the result of my recollection, but what I was later told by the investigating officer who responded to someone’s call to 911.

What I do remember is very little. At about 2 o’clock in the afternoon I had stopped at a liquor store to get a mini-bottle of Crown, just enough to take the edge off.  A drink for the road, so to speak. “One for the road” was not an expression that I understood. First of all, one was never enough. And why have a drink for the road? Why not have it on the road? It hadn’t been a particularly difficult day, but I had been sneaking alcohol almost daily for several months. My relapse had been progressively worsening. The clerk tells me they don’t have any minis left, only fifths. “Okay, I’ll take one,” I say, thinking that it will last me longer.

The next thing I remember is I am on a gurney in an emergency room with no memory of how I got there. I drank about half the bottle before the blackout began. The car swerved from lane to lane before I totally lost control and headed off the road, flattening all four tires. Finally it stopped, and I sat there behind the wheel, air bags exploded, and with no idea of what had happened. I had passed out. Police and paramedics arrived on the scene, the car was towed and I was transported to the local hospital. Luckily, no other vehicles were involved and I was not injured.

The car was totally demolished.  I was given citations for failure to use due care and driving on two flat tires, and both citations were later dismissed. No DUI, no jail time, not even drug court. The next day, when I went to the tow yard to retrieve my belongings, I found the empty bottle of Crown on the floor of the passenger side. The car reeked of alcohol and it was not drivable. The insurance company decided it was beyond repair and gave me its full value.

Just after the accident, several other motorists stopped to assist me before the highway patrol arrived. The police report states that I left the vehicle under my own power (probably “staggered” from the vehicle would have been more appropriate), and did not want medical assistance. I did not have to be asked to step out of the car. The contents of the car were never examined and the patrolman did not conduct a roadside sobriety test.

He later said, “You had plenty of other problems to deal with and I needed to attend to someone at another scene who was in a life-or-death safety situation.” An ambulance arrived and I was transported to the local emergency room. It was there that the doctor diagnosed my condition: intoxicated, unconscious and having had recently abused alcohol.

I was later told that for most of the five hours I spent in the emergency room, I was rude and obnoxious to the staff. I was not cooperative; they couldn’t find a next of kin to contact on my behalf. My family did not have any idea what had happened to me. I was the father who spoke with his kids almost every day after school and the husband who called his wife after work every day, and I was nowhere to be found. Imagine the anxiety and horror I caused them.

They called my wife at home to let her know I was in the hospital in stable condition. In the interim, I ripped out the catheter they had inserted, was bleeding extensively from my penis and had only brief moments of clarity. I remember coming out the blackout and seeing my wife at the nurse’ station apologizing and glancing towards me with disdain and disgust. I was a mess and could not remember the previous six hours.

This was the beginning of my surrender to a cunning, baffling, powerful and patient disease that is not curable.  Immediately afterwards I started attending recovery meetings and would daily raise my hand and proudly proclaim what a miracle I was to have survived that accident. Not because I was hoping to help others, but because I wanted to be recognized as someone special. Old-timers would come up to me and pat me on the back and encourage me to keep coming back. It took several months for me to understand that I was there to listen and learn.

The best solution I have found is the complete changing of my way of life: total abstinence from alcohol, twelve-step programs, meditation, spirituality, mentorship and service. This course of action will never undo my past, but it does give me a chance every day to not repeat behavior that would lead back to that demoralizing day eight years ago. My experience convinced me that my addiction to alcohol and drugs would not disappear; it waits patiently for me to want to hide my emotions, to think that I am in control or get resentful and angry.

These are lessons I have learned over time and that, God willing, I will continue to learn, because I have become teachable. I thought that I was always right and knew best. It is so much easier learning and understanding that I am imperfect.

There is a story from Lonesome Dove by Larry McMurty that sums up where I hope my journey is taking me. The two main characters have a conversation about always being right:

“You’re so sure you’re right it doesn’t matter to you whether people talk to you at all. I’m glad I’ve been wrong enough to keep in practice.”

“Why would you want to keep in practice being wrong?” Call asked. “I’d think it would be something you’d try to avoid.”

“You can’t avoid it, you’ve got to learn to handle it,” Augustus said. “If you come face to face with your own mistakes once or twice in your life it’s bound to be extra painful. I face mine every day — that way they ain’t usually much worse than a dry shave.”

That night, after leaving the hospital, we rode home in silence. I was demoralized and my wife was humiliated and infuriated. I walked through the door of my house to see my teenage daughters sitting with my sister and brother-in-law. My girls looked at me with confusion and disappointment. “Daddy, you don’t drink any more.”

The words will forever haunt me, and at that moment I surrendered.

This post is a part of Step Out Of The Car, Please, a recurring and unglamorous series about DUIs and drinking problems that runs every Thursday. If you are interested in submitting a story either anonymously or under your own name for consideration, contact mallory@the-toast.net. 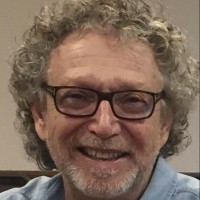 A member of the recovery community, Marc has evolved from an alcoholic, who thought he knew all the answers, to a recovery coach with an open-minded approach to helping patients according to their needs, not the dogma of the hour. Marc’s recovery date is Nov. 29, 2005. He is a Certified Recovery Coach, blogs here, has his own website, conducts live Video Meetings and has written for www.reachoutrecovery.com.