Last week, my province made national headlines when it was announced that the Morgentaler clinic, our one and only private abortion provider, will be closing its doors in July due to lack of funding.

I live in New Brunswick, a small province on Canada’s East Coast. We have a population of about 750,000, and a Conservative government. Historically though, it hasn’t mattered whether the Liberals or the Conservatives were in power; all of our premiers have failed to follow one particular law.

Just to go back in time for an extremely brief history lesson, 26 years ago a Supreme Court of Canada ruling decriminalized abortion in this country. The ruling states that legal restrictions on abortion are in violation of a woman’s charter rights. According to section 7 of the Canadian Charter of Rights and Freedoms: “Everyone has the right to life, liberty, and the security of the person and the right not to be deprived thereof except in accordance with the principles of fundamental justice.” But 26 years later, New Brunswickers still face all kinds of restrictions when it comes to obtaining this basic medical procedure.

Up to now, there have been two ways for New Brunswick women to obtain an abortion. The first option is to find two doctors willing to deem the procedure “medically necessary.” This is a really weird, really stupid, really subjective phrase, and it’s never even been properly defined. The term comes from Regulation 84-20, Schedule 2 (a.1) of New Brunswick’s Medical Services Payment act, and it makes it impossible for a woman to access an abortion covered by provincial healthcare unless she can find two doctors who will say it’s OK.

So, step one: find two, pro-choice doctors. Of course, more than 60,000 people in New Brunswick don’t even have a single family doctor due to an extreme shortage of physicians in the province. If you are lucky enough to have one, you’d better hope he or she is pro-choice, because otherwise you’re starting from square one. Keep in mind, this is a province where certain family doctors are so conservative that they refuse to prescribe birth control.

But let’s say you find two doctors willing to put in writing that an abortion is “medically necessary.” The next step is to go on a waiting list to have the procedure done in one of only two New Brunswick cities. While abortions are a simple, routine procedure that can be performed by a family physician in other provinces, here, they can only be performed by a specialist in a hospital setting.

The other option (for now) had been to go to the Morgentaler clinic in the capital city of Fredericton. This private clinic opened in 1994, and provides abortions at a cost of $700-850, a cost that is not covered by Medicare, and which must be paid out of pocket. Women who don’t live in the city must also, of course, find a way to get to Fredericton. The clinic ALSO serves women living on Prince Edward Island, where abortions are not performed at all. Just last week, along with the announcement that the Morgentaler clinic will be closing, it was revealed that the clinic refused to turn any client away, even if she was unable to afford the $700-plus fee. This means that, over the years, the clinic spent more than $100,000 to pay for pro-bono abortions. Dr. Henry Morgentaler himself, the man responsible for changing federal abortion laws in Canada, spent an additional $100,000 repairing the clinic due to flood damage in 2008. But since Dr. Morgentaler died last year, the clinic can no longer afford to continue operating. Of course, this facility doesn’t receive any government funding as it is in violation of total and complete bullshit Regulation 84-20.

To recap, although Canada is a country where abortion is legal, New Brunswick women must spend massive amounts of time, energy and money in order to get the procedure. And the people who are really affected by this total fucking nightmare are the people who are the most disadvantaged in the first place, people who don’t have the funds or the time or the education or the resources to navigate this impossible system. Those are the people who suffer, and they’re the ones who will be most affected by the closure of the Morgentaler clinic. To further put things in perspective, around 100,000 New Brunswickers are living on or below the poverty line, and the province’s unemployment rate is hovering around 10 per cent. There are a whole lot of people who don’t have the means to travel to a different city, never mind out of the province, and who don’t have access to one doctor, never mind two.

It’s hard to say exactly what will happen next. The current provincial government is refusing to even address the issue – here is the extremely helpful official statement the government released following the announcement the clinic will be closing:

Women will continue to have access to medically-necessary abortions in the province with the approval of two physicians.

There are plenty of anti-choicers in New Brunswick who have been cheering on the closure of the Morgentaler clinic. These misguided people seem to believe that once the clinic closes and it’s even more difficult to get an abortion in this province, the number of abortions will decrease. Of course, this is completely and totally incorrect. The closure of the clinic will lead to a decrease in SAFE abortions, that’s true. But through the history of civilization, women who don’t want a baby have found ways to, in fact, not have one. Whether abortion is legal or not, they’ll find a way to terminate their pregnancies. New Brunswick and Prince Edward Island women are going to be injured and they’re going to die, but the actual abortion rate will not be reduced. The good news is that a lot of New Brunswickers are really angry and many are being vocal about it. The hashtag #NBProchoice was trending on Twitter last week, over 1,500 people are planning to attend a rally at New Brunswick’s legislative building later this week and a petition asking the government to repeal Regulation 84-20 and fund the Morgentaler clinic reached its goal of 10,000 supporters in only a few days.

The other potential positive is that this is an election year, and if enough people make enough noise, there’s hope this will become an election issue. The thing is that regardless of which party is in power and what the personal beliefs of politicians are, I just want them to uphold the ACTUAL FUCKING LAW. To reiterate, ACCORDING TO THE SUPREME COURT OF CANADA, LEGAL RESTRICTIONS ON ABORTION ARE IN VIOLATION OF A WOMAN’S CHARTER RIGHTS. Forcing women to jump through hoops in order to obtain a SAFE, LEGAL ABORTION is a violation of our charter rights.

Right now, I’m just doing as much as I can to talk about what’s happening, and to join the voices of the many people who are vocally standing up and asking the New Brunswick government to pull through and support reproductive rights in this province.  This is quite literally a fight for the lives of New Brunswick and Prince Edward Island women, and I have to believe that every little bit counts. 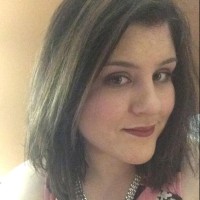 Alexandra Davis is a television-obsessed film reviewer who's currently following the Secret.