I Don’t Have A Racist Bone In My Body

On May 30, 2014, I publicly stated that I did not have a racist bone in my body. I must now apologize for unintentionally deceiving the public at large. Only a week later, my doctors informed me that I did, in fact, have one more racist bone left in my body.

As you are no doubt already aware, members of my family are genetically predisposed to racist bones. I take my condition very seriously, and over the last few years I have been proactively engaged in aggressive racist-bone-removal, resulting in some alarmingly floppy limbs. I do not regret my multiple surgeries. Yes, my left arm bends in an unsettling fashion, but it is a small price to pay to wield a truly color-blind appendage, which I can now drape proudly over my best friend, who happens to be black.

Although I had believed that I was completely cured of my debilitating condition last month, I was wrong. Initial x-rays had given me a clean bill of health, but one last racist bone in my body was been lodged in the lower section of my ribcage, angled in a way that was difficult to detect and even harder to confirm until we performed a thorough battery of MRI scans.

As I have emphasized in the past, I am truly shocked and dismayed that my bones have been collaborating in an insidious cultural institution of systematic oppression, resulting in disparate levels of mortality, poverty, incarceration, education, income, wealth, and nearly every other extrinsic measure of human well-being.

Due to the gravity of my latest diagnosis, I elected to undergo a drastic emergency surgery to have the racist bone removed. The procedure was successful, and you can now rest assured that I am now definitely not a racist.

Attached are my X-rays and some unstaged photos of me with some smiling minorities. I will continue to be vigilant in case of remission, and will be visiting my doctor annually to have my privilege checked.

Once again, I apologize for my unintentionally deceptive statements, and hope that you can see I have taken all possible steps in curing myself of racism. Except actually attempting to end racism, but you know, I really don’t think that has anything to do with me at all, especially since I no longer have any racist bones in my body. 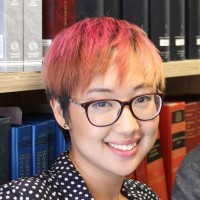 Sarah Jeong is a journalist who writes on law and technology. Her work has appeared in The Verge, Forbes, and The Guardian.