I recently stumbled upon a new novel – the first of a projected series – starring Eliza Doolittle and Henry Higgins. Solving murders. Here are some other upcoming releases featuring famous literary heroes and heroines.

1. The Hunny Killer, featuring Rabbit (from A.A. Milne’s Winnie-the-Pooh novels.) A.A. Milne’s Hundred Acre wood may be a symbol for enduring childlike innocence, but we all knew it had to have a darker side. When Owl is found strangled in his tree, Rabbit discovers that what he thought was his peaceful, close-knit community is actually a hotbed of crime and perversion. We’ve always known Tigger was a speed addict, but have we ever asked ourselves who his dealer is? The answer may shock you. But Rabbit’s own demons may get in the way of his quest to bring Owl’s killer to justice when Kanga starts to blackmail him about their illicit affair.

2. Charlotte Bartlett and the Mystery of the Slightly but Unacceptably Delayed Train, featuring Charlotte Bartlett (from E.M. Forster’s A Room with a View.) This demure, rather sour Edwardian lady finds crime in the unlikeliest of places! In between glowering disapproval at all and sundry and cockblocking Lucy Honeychurch, Miss Bartlett finds plenty of time to solve mysteries. Perfect for Downton Abbey aficionados, the Charlotte Bartlett mysteries will explore the seedier side of genteel British life – the indomitable Charlotte can investigate bamboozled dowagers, jilted parlormaids, and the appalling crime of crumpet theft, with her unmatched censorious flair.

3. Stranger Danger, featuring Meursault (from Albert Camus’s L’Étranger.) Imprisoned after committing a senseless murder, Camus’s disaffected hero grasps the meaningless of a random universe – and his unemotional outlook gives him a unique insight into murder. After his execution is stayed when Meursault successfully solves the unexplained death of a fellow inmate, he becomes a highly sought-after consultant to the colonial police force in Algeria.

4. The Hell Jar, featuring Esther Greenwood (from Sylvia Plath’s The Bell Jar.) Who, in their difficult teenage years, didn’t relate to Plath’s angst-ridden, tortured heroine? But maybe all Esther needs is a little purpose and mental stimulation, and what is more purposeful and stimulating than solving a juicy murder? Esther’s first adventure happens during her stay in the mental hospital, when a fellow patient is drowned in his bath. Esther’s keen mind zeroes in on the most likely suspects. Her brassy friend Doreen proves a worthy Watson, and soon Esther’s blues are dispelled in the thrill of hunting a ruthless killer.

5. Get Death to a Nunnery, featuring Hamlet (from Shakespare’s Hamlet.) What if Hamlet didn’t die? That’s the question this edgy historical series poses. Revived moments after curtain fall, Hamlet suddenly finds himself king. Yet, ennui sets in as he ponders endlessly which nation to enter into an alliance with and which advisor to promote. When the ghost of his father returns with new revelations, Hamlet finds himself drawn into yet another murder, this one in a convent. He doesn’t want to get involved, yet when a troubled young novice asks him for help, he is irresistibly reminded of his lost love Ophelia.

6. Bump the Hostess, featuring George and Martha (from Edward Albee’s Who’s Afraid of Virginia Woolf?) Albee’s famous couple is set to join the ranks of our most memorable crime-solving spouses, from Tommy and Tuppence to Lord Peter Wimsey and Harriet Vane. When a fellow professor is strangled after being invited to one of their drinks parties, George and Martha find themselves prime suspects in a murder investigation. Could they have killed to conceal their terrible secret? Eager to clear their names, George and Martha find themselves embroiled in a web of deceit and hate. 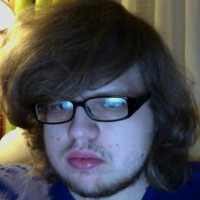 Kacper Nedza lives in Connecticut, where he enthusiastically reads and writes middlebrow popular fiction. He blogs about it, too.