Whether you’re reading the Outlander series for the first time or re-reading with the new TV show, we invite you to play along with us as we journey through the books’ best tropes and cliches. Grab a book (any of them, though especially the first three) and a drink — perhaps some whiskey the color of Claire’s eyes or just some restorative willowbark tea — and play along. There will be a bonus round for viewers of the Starz show.

Take a drink every time…

Rose Cole and Anna Halverson contributed to this piece. 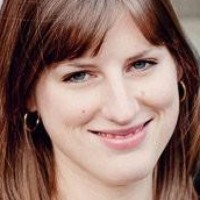 Kara Moore is a freelance journalist in Charleston, West Virginia, where she lives with her husband and two small children.