How To Tell If You’re In an Edward Gorey Book

As a child, you found yourself in a near constant state of existential threat, often caused by your parents’ party guests or abnormal creatures you met on bicycle rides.

One day, when you are sitting down to tea, you are surprised to read in the paper that a once-thought-to-be-dead great aunt has caused a scandal in the capital city of a small European country you can’t quite place on the map.

Your fondest family memories involve the moors, and the faintest sense of dread.

As a teenager, your sister showed great promise as a ballerina. She went off to study under the greats, and you never heard from her again. You occasionally see posters for her performances, which appear to be growing darker and darker each season.

The most prominent pieces of furniture in your home are a fainting couch and a large vase of half dead ferns.

Your personal style can best be described as “librarian up to no good.”

As an infant, you were very nearly whisked away down a gutter while sitting in an umbrella during a rainstorm. You were saved at the last moment by a passing dog. No one seemed in the least concerned or surprised by any of this.

When you were a little girl, you named your most beloved doll Hortense. You took her everywhere with you, and concocted a richly detailed history that included a steamer chartered in the dead of night, a kind and generous Maharaja, and a briefly assumed alternate identity.

You wouldn’t dream of leaving the house without black eyeliner on both your top and bottom lids. The thicker the better.

As you understand it, the ideal place for a large statue or urn is the most precarious ledge in your home.

Although your family lived in an impeccable house in the country, you greatly enjoyed spending time in the city with your aunt, who was of dubious morality and took you to the opera.

Until you were in college you didn’t realize there were causes of death that couldn’t be described as “suspicious” or “likely foul play.”

Learning the alphabet gave you night terrors, and even now you have a deep seated fear of being mauled by a bear.

All your sneakers are high-tops. All your coats are fur.

Oh, did the Edwardian era end? You hadn’t even noticed.

The sight of gigantic bugs stealing children barely turns your head these days.

Your hobbies include staring into the middle-distance over the top of a book, feeling woe of indeterminate origin, and being inconvenienced by crimes that inexplicably occur near you.

You’ve always had a weakness for mustachioed motorists in large coats. They remind you of your father, who vanished during a particularly chaotic weekend in the country. A search was conducted on the grounds, but no one took the matter to the police. He was never spoken of again.

The aesthetic of your home can be described as “menacing chic”.

A creature with very few defining characteristics beyond its scarf, sneakers, and horrible manners showed up at your home a few days ago. It shows now signs of leaving, and you aren’t quite sure what to do. You choose to simply ignore it.

You come from great wealth, but it doesn’t help the ennui.

You would have come from great wealth, had your maternal grandfather not lost his fortune in a sudden and entirely unexpected fall from grace. The only remnant of your family’s former status was a silver hat brooch, which was stolen by a thug high on opium several winters ago.

You grew up in a workhouse, but at a young age you insinuated yourself with a criminal element that has allowed you to improve your station.

Your idea of a vacation involves either a lengthy journey via steamer ship or a multi-day spontaneous trip via handcar for which you have done exactly no preparation.

You’ve seen a ghost once or twice, but neither time were you particularly impressed.

Shadows make you anxious, and you avoid them just in case they are concealing someone who means you ill.

You have been to the great opera houses in multiple countries. You have never been to a shopping mall.

Those around you often seem to be speaking in gibberish parables that make little sense. You don’t question this or attempt to understand.

You and your siblings enjoyed games that included just the slightest hint of cruelty. None of you listened when large birds warned you against such behavior.

You were raised to believe anything was possible, but in a threatening sort of way that meant seemingly inanimate objects could pose very real danger.

You’re not sure where the plain, armless black doll came from. It’s just always been there. You suspect it always will be. 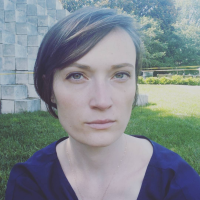 Bridey is a freelance writer based in Washington, DC. More of her work can be found here.