“Beach read” is right up there with “guilty pleasure” on the list of book-related phrases I wrinkle my nose at. Partly because I live in Kansas, where beaches are absent; partly because, in my experience, the concept is gendered: men don’t have to wait for warm weather to mainline mass-market thrillers, but women are often assumed to spend the rest of the year on sad historicals and “I did a thing for a year” memoirs. You can read whatever you want wherever and whenever you want — you wanna plow through Proust or gender theory with sand between your toes, go for it.

What if we took “beach read” literally? Books that take place on or around beaches can carry great metaphorical weight, using the setting as a boundary space where the human world bumps up against the vast and mysterious ocean. This environment lends itself to questioning, to self-discovery, to lingering in the gap between who you are and who you’re supposed to be. Two novels publishing this summer consider this kind of beach: Linda Rosenkrantz’s 1968 novel-in-dialogue, Talk (reprinted by NYRB Classics) and Karolina Waclawiak’s The Invaders (Regan Arts).

Talk is exactly what it says on the tin—not a whit of narrative to be found, only conversation. Though names have been changed, nothing else has been; when Rosenkrantz spent the summer of 1965 in East Hampton, vacationing with friends from the NYC art scene, she lugged around a tape recorder all season. Almost three years of whittling down distilled 1,500 single-spaced pages of transcript to 250, focusing on Marsha (Rosenkrantz herself), her actress friend Emily, and her gay bestie Vincent, a sculptor with whom she has a complex, quasi-romantic relationship.

This experimental provenance situates Talk somewhere between fiction and non-fiction; like a documentary, the raw ore of fact has been processed by a creative consciousness into something other. Rosenkrantz is a faithful transcriber, leaving in the bits in which Emily gives a cooking tip or Marsha makes a fuss over her cat, but she’s undeniably an author as well. The conversations she’s selected hang together as a whole, with astonishing internal coherence: motifs recur, characters or events mentioned offhand are explained in more detail later on. Stephen Koch’s NYRB introduction uses the apt term “‘reality’ novel.” I’ve always loved thinking about the editing skill it takes to set up a reality show villain with confessionals early on; in some ways Rosenkrantz’s task isn’t much different.

As book and author dwell between categories, so does the stretch of time when it takes place—vacation is leisure, but not freedom, defined by what it isn’t. The characters obsess over the spaces between art and commerce, neurotic and well-adjusted, straight and gay. Somewhere in this snarl of talk, they search for themselves. Their introspection is so relentless it turns in on itself, with Vincent remarking, “The thing is, I just don’t know how good it is to go into such fantastic analysis of your closest friends.” But how could they help it, in such a fertile environment for self-discovery?

Larger themes aside, Talk is smart and funny and raunchy, and very very quotable. Not every aspect has aged well—Emily’s rhapsody about LSD is so Sixties it’s hilarious, and I cringed at every mention of race—but many of the trio’s topics are timeless: bad boyfriends, hangover cures, pop music, an extended game of “Who Would You Rather” (Emily picks Newman over Brando, Marsha takes Bob Rauschenberg over Bob Dylan). I’ve half a mind to borrow Maris Kreizman’s Slaughterhouse 90210 format and spend a week just pairing lines with gifs from Broad City. Candidates abound: “He was just in love with me,” muses Marsha, “and I didn’t know how to deal with it so I took a bath.” Emily’s ideal man “[s]houldn’t have too many friends named Shep, Myron…. He shouldn’t smoke pot all day and sleep until five in the afternoon.” And Talk also includes one of my favorite non-sequitur exchanges in a book ever:

MARSHA: Which of your abortions was your favorite?
EMILY: My Puerto Rican one, I loved it.
MARSHA: We had a great time with that abortion.

Karolina Waclawiak’s The Invaders takes place fifty years after Talk, in the seaside village of Little Neck Cove, Connecticut. Like East Hampton, it has a symbiotic relationship with New York City, “far away enough…to feel like we were in a different world,” says co-narrator Cheryl, “but close enough to have successful commuter husbands.” Cheryl is Jeffrey’s second wife, forty-four and “transitioning between desirable and undesirable”; as her husband’s interest fades, she realizes “that the appeal might have just been that I was from somewhere else and I wasn’t after anything from him except his time.”

In her husband’s absence, Cheryl now has nothing but time, a terrible leisure, which she fills with bird-watching and making obscene phone calls at random. Her stepson, Teddy, is in a similar situation, kicked out of college for good, trolling his hometown for drugs and sex until a car accident scuttles what few plans he had.

As the title implies, the novel is about invasions large and small: Cheryl, to begin with, has never been accepted by the women of Little Neck, who knew Jeffrey’s first wife and consider her an inferior replacement. Teddy’s invasions are literal—he rifles through drawers and closets looking for pills, he reminisces about partying in empty summer houses, “wandering around…looking at their family photos, eating whatever snacks were leftover from their stay.”

And then there are the outsiders, like the fisherman Cheryl and her neighbor Lori witness peeing between two cars on their street. Viewing the rogue urinator as the beginning of a siege of declassé trespassers, Lori unites with other townspeople to build a wall, preventing non-inhabitants from using the beaches. The barrier grows as the summer unfolds, a symbol of myopic privilege, unaware that it’s the people being walled in who are the problem.

When their stories end, these literary beach dwellers diverge: Talk’s chatterers return to that emblem of massed humanity, New York City, having in a sense never left; Emily refers to an East Hampton beach as “a party, with the pretense of being a beach, a kind of fantasy charade of people’s projections.” In contrast, The Invaders‘ surreal conclusion reminds readers that the only way to become wholly part of nature is to die. These are my favorite kind of beach reads, more messy ambiguity than Mai Tais. Colson Whitehead’s semi-autobiographical novel Sag Harbor is another stellar example, a coming-of-age tale that also explores race and class. Although I’d be reading them thousands of miles from the sea, I’d love to find other books that fit in this category of literal beach reads, so tell me what to read, my dear Toasties! 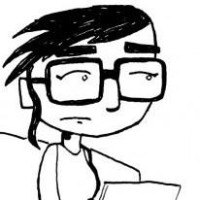