The Evil Eye: Travel and Talismans

Previously by Teri Vlassopoulos: Odds and Omens: Superstition and IVF

After my daughter was born, I thought about getting her astrological chart done. It would be fun for her to have the information when she was older, if only to roll her eyes at her mother. I realized, though, that maybe it wasn’t really a present for her. I was feeling greedy. After I’d held her in my arms and studied her face, it wasn’t enough to know what she looked like, and if she couldn’t tell me everything about her life and personality just yet, maybe I could get clues from the stars.

In those early days, this didn’t seem entirely irrational. I was admitted to the hospital on New Year’s Eve, and was in bed, waiting for labour to progress, at midnight. My husband and I toasted paper cups of ice water while the nurses and OBs on shift cheered down the hall. Our nurse returned to the room wearing a sparkly party hat. Everything felt so weighted and significant! We’d had difficulty conceiving our baby, and after she was handed to us, a tiny thing with a hospital-issue candy-cane-striped hat on her head, the satisfaction and happiness associated with her arrival redeemed what had come before – the wait, the wanting, the missed chances. They had just been necessary stepping stones on the way to this perfect conclusion. Fate.

And then my hormones calmed down. My milk came in. The baby’s two-hour feeding demands didn’t seem so much fated as excessive. Pregnancy had been imbued with a kind of magic once the first trimester symptoms dissipated, and I’d assumed the feeling would carry into life after our daughter was born. While I was awed by her and endlessly delighted by every little detail – her dark eyes and tiny mouth, the little sounds she made while she slept, that soft hair and skin – it didn’t necessarily feel mystical. It was better than magic; it was real.

The thing is, I’ve always been a superstitious person. As a child, I believed in ghosts, and as an adult I secretly still did. I read my horoscope every morning. I pulled out tarot cards, particularly during difficult times in my life. I did these things idly, almost jokingly, yet still found myself taking their lessons to heart.

And then, after I had a baby, I stopped. I didn’t notice at first – I didn’t have the time – but when I became conscious of it, I tested myself. Wasn’t I a little curious? What about those plans to get the baby’s astrological chart done? But I found I wasn’t curious; I didn’t need that information anymore. I wondered if something about childbirth had cured my lifelong superstitious streak. Other parts of me, physical and psychological, had changed, so maybe this had, too. Maybe it was because caring for an infant pulled me firmly into the present tense. There was no point thinking about potential futures when there was so much happening right now. How strange, I thought. And liberating.

When our daughter was seven months old, we went to Greece, where my father is from and where my husband and I got married. The island we’re based on is tiny and covered in pine trees, and the smell of the trees combined with the humidity and seawater is a smell I automatically associate with relaxation. When we were told in our prenatal class to come up with a mental image to visualize during labour, I conjured that island and that smell and thought about how the next time I would see it, smell it, would be when I returned with my baby.

It was as lovely as anticipated, although after a few days, I missed the city too. Most people who visit Greece keep their time in Athens short, but I love it for what it is — all narrow, dirty streets and traffic and graffiti. I like how when you’re in the city centre, you’ll occasionally look up and see the Acropolis in the distance. The economic crisis has hit Athens and its population hard, but there was still something about it when we visited. A spark. Something magical.

The one part of the city that hasn’t changed is Monastiraki, harried and touristy, a place you feel obligated to visit once to stock up on cheap souvenirs. My mother and I went together, the baby in the stroller, napping. She woke up crying after I’d bought us each a pair of Greek sandals. I changed her diaper, but the cries got louder and louder. My mother and I took turns holding her, giving her water, putting her back in the stroller, taking her out again. I tried nursing her, but she pushed me away. I hugged her and sat on a ledge overlooking some ruins, hoping her cries weren’t as piercing as they seemed to me. But they were. People, mostly older women, said things as they walked by (“she’s hot,” “she needs water”) or they would just give me dirty looks for bringing a tiny, precious thing to such a public, busy place.

We were surrounded by souvenir shops displaying round blue and turquoise talismans. They were supposedly protections against the evil eye, mati in Greek, a popular superstition with religious foundations that has lingered over thousands of years. Babies are especially prone to the curse, which can be cast even without intent – its catalyst is envy. Because of this, the talismans are often given to babies when they’re born. I’d actually received one from a Greek cousin that I’d put on display in the nursery.

Sitting in Monastiraki, sweating from the sun, stress and the heat from the baby’s crying body, I wondered if she’d been cursed. Her talisman was in Canada, not in Greece, so she wasn’t protected. Deep down I knew this was a silly idea; of course she wasn’t cursed — but another part of me, the superstitious part I thought had gone away, considered the mati a valid possibility.

With the Acropolis looming above us and the presence of gods and myths heavy in the air, Athens is a place where the evil eye could manifest. And I’d been so cavalier about the baby’s cuteness since arriving in Greece! I’d enjoyed it too much when strangers smiled at her or patted her head. Once while we waited to cross the street, a woman looked at her strapped to me in a carrier and leaned over to kiss her dangling foot. Ah, Europe, I thought. So much less uptight than North America. If the evil eye curse really did exist here, then I’d welcomed it with open arms. I’d introduced it to my baby. No wonder the older Greek women passing us by were glaring.

The baby eventually calmed down. We walked quietly through emptier side streets until she dozed off to sleep. When we arrived at another row of souvenir shops, I marched into the first one and bought a new evil eye talisman, a red-threaded bracelet with a single eye in its centre. I tied it to my wrist. Getting rid of the evil eye is a process involving prayers, spitting, grandmothers, but I didn’t bother with that. I just needed a talisman, enough to assure me that we were protected for the rest of the trip.

A few days later, my daughter’s two top teeth popped through her gums. Then she figured out how to crawl. I’m sure this confluence of milestones had some part in that marketplace meltdown, but I kept wearing the bracelet anyway, until one morning I noticed it was gone.

I retraced my steps – I was sure I’d had it when I’d returned the night before. It bothered me that I cared about what was just a cheap trinket. It had soothed me, I guess. Momentarily given me the impression that I was doing something more to protect my child.

My mother ended up finding the bracelet under my bed after I’d returned to Canada. She brought it back with her, and I was surprised by how happy I was to have it again. It falls off my wrist easily, so now it’s in my bag. It comes with us whenever we leave the house. I suppose if there’s any curse, it’s that I care in the first place, but I’ve come to think that little superstitions are fine, like occasionally playing the lottery. They help you feel like you have tools available to anticipate events, cushion blows, give hope. I’m reading my horoscope again, too, and sometimes my daughter’s as well. Maybe these things aren’t real, but surely a little bit of magic — even the imagined kind — couldn’t hurt anyone. 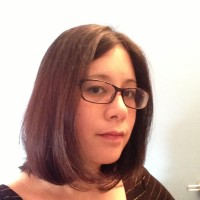 Teri Vlassopoulos is a writer living in Toronto. Her second book, a novel, Escape Plans, was released in October. She's an Aries with a Gemini rising.