Like many ex-Catholics, I still have strong opinions on the Catholic Mass, and my least favorite part was always the moment when the congregation got down on its knees and chanted as one: Lord, I am not worthy to receive you, but only say the word and I shall be healed.

Lord, I am not worthy. It took me until adulthood to realize why that phrase always stuck in my throat: as both a transnational and transracial adoptee, there was nothing I ever feared more than unworthiness.

When Christ says in the Bible “suffer the little children to come unto me,” he means to allow, not to suffer in the sense of agony. It is about allowing, however, that I want to speak. I want to speak about what we are allowed to say without being called ungrateful; about toxic gratitude, and the idea that we owe allegiance or love, without question and without retort, to the systems that master and subdue us.

Across the vast spectrum of adoptee childhood experiences, I have found a common thread: we saw the world in stark terms of Allowed and Not Allowed. If we did things that were Not Allowed, we thought, Am I going to be sent away?

When I was a child, I thought I was Not Allowed to be angry. From the age of three onward I had infrequent but colossal meltdowns; my embarrassed parents had to send neighbors and friends home from my third birthday party because I wouldn’t stop screaming, and to this day we’re not sure whether it was the heat, the uncomfortable new dress, or the overwhelming amount of people that set me off. My rage rarely felt unmerited to me, but to my parents it often seemed unjustified—and unseemly. My memory is littered with instances of both parents saying to me, with solemn accusation: “If you can’t control your temper, we’re going to have to send you to anger management therapy.” Every time they said it, terror flamed in my mind. For me, therapy was not an offer of a legitimate space to deal with or understand my anger, but a punishment—and an implicit threat: if I “failed” therapy, if I “failed” to fix myself—I could be sent away.

I’m not saying I believed, on anything but a subconscious level, that my parents would pack my suitcase. Nor am I saying it was bad to learn how to control my temper—but here I find myself, even now, trying to soften the blow of my anger. Here is the unedited truth: my sheer writhing dread of being sent away became a lifelong, damaging fear at the thought of receiving treatment for mental health. Therapy should not be used to threaten any child, however implicitly. And I am still angry about these things.

For a while my adoptive parents brought me to cheerful cultural-conglomerate parties thrown by my adoption agency, where I met other South American adoptees and we did arts and crafts together. It was better than nothing, but this happy-families picture of adoption leaves no room for the children who do not fit the “perfect” adoption narrative, or for grown adoptees’ legitimate concerns with the multi-million-dollar adoption industry and the pervasive racial, nationalistic, and socioeconomic biases that still lurk within it.

As I grew older I learned how my feelings as an adoptee intersected with similar pressures from my other identities, especially as a woman of color met with the twin forces of whiteness and patriarchy that become impatient and menacing at my nerve to be angry, and especially to react against the prejudices my (white, conservative) adoptive parents sometimes reveal. For years I self-censored these reactions, afraid of the reactions of relatives and friends if I ventured to criticize or interrogate my transnational adoption. They could have sent you back. You have to be grateful. No questions asked.

Beads and craft glue cannot paste over the pervasive white-savior narrative of “rescuing” children from so-called third-world countries, or the toxicity of telling an adopted child she is required to be anti-abortion because “What if your mother had aborted you?” I’m tired of paying a debt of gratitude for my existence to people I never asked for it.

It is deeply unhealthy for adoptees to construct ourselves around what we think is expected of us by the people and systems to which we are supposed to be grateful. When we internalize this fraught, zero-sum economy of Allowed and Not Allowed, it is too often the adoptee’s right—and ability—to express valid pain and anger that gets hacked off at the base.

I was born in 1993 in Asunción, Paraguay, a tiny, landlocked country in the heart of South America, of which American journalist P.J. O’Rourke once wrote: “Paraguay is nowhere and famous for nothing.” I did not learn this last fact until one day in high school, when I did something I suspect was Not Allowed.

The rest of my family had gone to the city for the day, and I took the opportunity, guiltily, heart thudding in my ears, to rifle through the drawer in my mother’s file cabinet I had noticed earlier that week, the one with the file marked Adoption. I’d always remembered my adoptive parents implying they had no information on my birth parents–or at least that anything that did exist could not be mine, on the orders of some Paraguayan court, until I was eighteen—but the file was stuffed full.

Most of it contained once-glossy brochures or disappointingly uninformative paperwork from the adoption agency. There was the P.J. O’Rourke chapter, clumsily scanned; a remarkably unattractive picture of me as a newborn; my father’s notes in his familiar handwriting on the same yellow notepaper he’d used all my life. Then I spotted a business card for the judge who had overseen the adoption process. Next in the folder was a single typewritten sheet.

Squatting on the floor of my mother’s office, with that sheet of paper in my hand, I saw the words Mother’s Name and—the second, greater shock—Name at Birth, in neat black letters. They were very Paraguayan, and my mother’s name was beautiful. Only when I copied the words onto a scrap of paper and went to close the scrap in my jewelry box did I realize my hands were shaking too much to unlock the lid.

Names have the power to summon. All witches and poets know this. Once I learned these secret names I began to conjure from them, imagining origin stories and alternate realities, like a superhero splintered across a multiverse. My mother was younger than I am now, but sometimes I imagine recognizing her as I would recognize myself: by hands as small as mine, eyes as brown. Perhaps I take after my father, and I imagine her hating me for that. I wonder if any attempt to reinsert myself into Paraguayan culture would end with me standing ashamed in an airport, unable to speak Spanish, guilt clogging my colonized tongue and mocking strains of Bon Jovi’s “Who Says You Can’t Go Home” pinballing around my brain.

In other words I conjure, again and again, the old, chest-straining grief of the perpetual exile, a grief I can neither put sufficient voice to nor resolve. In Jeanette Winterson’s memoir, Why Be Happy When You Can Be Normal? she writes: Adopted children are self-invented because we have to be; there is an absence, a void, a question mark at the very beginning of our lives. A crucial part of our story is gone, and violently, like a bomb in the womb.

Adoption—particularly for transracial and transnational adoptees—often involves pain, displacement, and anger. We invent ourselves around them like skin growing numb around a scar. Be grateful? For this?

Like many adoptees whose adoption records have been sealed, my medical records or my mother’s, if they exist, languish somewhere in a dusty file in the middle of South America. After countless times mumbling “I’m adopted” at confused doctors who inquire about familial diseases—after awkwardly explaining to biology teachers that sometimes, uh, two blue-eyed parents can have a brown-eyed child—the only thing I know for certain about my genetics is that my blood is O-negative, the type often referred to as the universal donor. Whenever I am urged to give thanks for my adoption, this is what I think of: the only thing my blood already tells me is that I was made to give, and give, and give.

Love, in whatever form, should not be a blank check. The expectation of gratitude is too often rooted in toxic power dynamics between the powerful who demand thanks and the marginalized that are expected to give it. Do not ask adoptees to give it unconditionally. 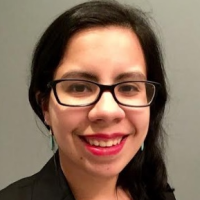