When I was in my early grade school years, I always preferred that my father put me to bed. After we’d chat for a while (mostly me talking and him listening), he might read to me or give me one of the quick history and math quizzes that I loved, and then we would say my bedtime prayers. I went along with the three Hail Marys and the Act of Contrition and the Prayer to My Guardian Angel, but then, after he’d gone back downstairs, I would add another prayer. I would ask God to let me and my parents be killed together so we could avoid the terrible sadness that I was sure would come to those of us left behind. The best way, I thought, would be some kind of spectacular car crash, swift and painless, like the swift and painless deaths I saw at the movies. I think what I was really praying for was a way not to have to live without my father, although I couldn’t have even imagined that then. Like food on the table and snow in the winter, he was just there, there at the centre of my life, the person I loved and trusted without ever thinking about it. The struggles that were at the centre of my relationship with my mother had already begun, and my father was the one I was learning to turn to, the one who listened, who had time to play rummy and catch with me, draw and do watercolours, and who enjoyed putting me to bed. Once in Grade 3, he even showed up at school one afternoon and took me to the circus in a nearby city, just the two of us. Nobody else’s Daddy did things like that. He was the one I adored.

During this time, my parents owned a prosperous little movie theatre in a village in southern Ontario; that is, until 1953 when two things happened: television arrived, and the booming post-war economy allowed people to buy cars and drive the short distances to nearby cities where first-run movies played in nice theatres with indoor bathrooms. Overnight our audiences dwindled almost to nothing.

My father, however, wasn’t ready to close The Regent Theatre yet; after all, it was our only income. He thought the obvious solution was to bring those first-run movies to our show, replacing the parade of Roy Rogers and The Three Stooges the film distributors had been sending us all along. And so, he headed to Toronto to present them with his request. Since he never went to movies other than ours, he didn’t know his plan was doomed because the new and popular widescreen projection techniques like Cinemascope wouldn’t have worked on the regular-sized screen in our theatre anyway.

When my mother and I picked him up after his meeting, it was clear something was very wrong. He barely spoke to me as I leaned over the front seat to show him the new toy my mother had bought me. My mother took one look at him, put the car in gear, and headed us out of the city; my father lit a cigarette and began to rant. The distributors had turned him down cold, he told us; real profit, worth-the-effort profit, they said, was only to be made from the bigger theatres. And that was that. He railed on and on, saying awful things about the greed of these men, their treachery, their dishonesty, their cold-heartedness. I could see his mouth was pinched and drawn, his jaw tight. His voice was different too, sneering and nasty like the kids in the playground when they were taunting other kids, especially new kids at the school who couldn’t defend themselves. It was then that he spat out a word I’d only heard before in church, using the same tone of voice as on the rare occasions when he said his one and only swear word, “Judas.” What he said that day was “Jews.”

I’d never been frightened near him before, but suddenly I was. I was familiar with my mother’s bad temper, but now my father seemed dangerous too, no longer someone I could count on to make me feel safe. I didn’t understand it, and I didn’t like it.

All I knew about Jews was that Jesus was one, and so were Mary and Joseph. I knew because I’d been taught what INRI meant, the taunting letters on a board nailed by the Roman soldiers above Jesus’ head on the cross that stood for Jesus of Nazareth, King of the Jews. I’d been shown the little wavy INRI plaque above Jesus’ head on every crucifix in our house. I also heard about Jews in Bible stories at school, and I’d seen The Ten Commandments so I knew they were shepherds and they wore baggy striped bathrobes like we did in the Christmas pageant. I didn’t know they were real people in our times; I didn’t even know we had any in Canada. And I didn’t know what was going on.

So, without first-run movies for our theatre, the inevitable happened. My parents closed the show, and our little family’s stability was thrown in the air. My father had to return to teaching, and since our village had no high school, he was away from home for the next four years until he found a teaching position that warranted our moving. Finally we were all together again. Although there was no more talk of how Jews had caused our theatre to go bankrupt, I began to notice that my mother would often point out that someone on TV or a movie star or someone she’d known in Toronto was a Jew. She would always make these observations in a snide tone, as if she had to warn us against these people. She appeared to agree with my father that these were wily, dangerous people who would cheat you at every opportunity. She also had a favourite anti-Semitic joke that I had never understood before, and when she told it, others among her family and friends always laughed without shame, often coming back with a joke of their own. These jokes were all based on the supposed fact that Jews were only interested in money.

It wasn’t just Jews my mother felt she should warn me about. When I made new friends or when new people moved into our neighbourhood, her first question was always, “Are they one of us?” Distinguishing between “them” and “us” was very important. One group of “them”s she was especially prejudiced against were people from England. She felt such antipathy that she was barely civil to our friendly neighbour who happened to be an English war bride, and she would make me get up and change the channel if someone on TV was speaking in a English accent. This bigotry towards the English she had learned directly from her father, who had learned it from his Irish immigrant parents who had undoubtedly suffered greatly under the British back home. My grandfather’s hatred had also been fueled by his experiences as a young man in Toronto when everyone in authority was Protestant and a member of the Orange Order, and they made no attempt to hide their prejudice against the poor in general, the Irish in particular, and Irish Catholics especially. Even so, my parents actually thought they were very tolerant, even sympathetic, of difference. They always referred to black people (whom they only ever encountered on television) as “The Poor Negro,” and they always called native people (whom they never encountered) as “The Poor Indian.” They also expressed great sympathy for the Italian and later the Hungarian refugees (don’t forget; most of them were Catholic) who arrived in our town. I remember being mightily scolded when I repeated what some kid at school had called them: “DPs.” Although my parents both believed Protestants to be second-rate Christians—something that would be proven on Judgement Day when Catholics would go to the head of the line—they didn’t say derogatory things about members of other religions: only about Jews who were certainly not, to my mother, the “chosen people.” When they were mentioned, she would sit up a little straighter in her chair and say something to make it clear she was not one of them.

It took me a while to realize that my parents were far from alone in their prejudice against Jews, and that Anti-Semitism was well established in Canadian culture. In the 1920s and 30s, for example, Jews were routinely ostracized and kept from positions of power, often excluded from social clubs, beaches, and resorts, and restricted from buying certain properties. There were quotas on how many Jews were accepted in and hired by universities, and many hospitals, law firms and other professional organizations didn’t employ Jews. The Catholic Church was similarly bigoted, joining with most Christian denominations in blaming the Jews for killing Jesus, even though, of course, it was the Romans who did, and Jesus was undeniably a Jew himself. The church explained their anti-Jewish teachings on the fact that those “faithless Jews,” as the Good Friday prayer used to call them, refused to accept Jesus as the long-awaited Messiah.

As for my father, there’s no question that his bitterness about his treatment by the movie distributors stemmed directly from his Church’s teachings about Jews. As Hollywood grew in power and influence, the Catholic Church was very vocal in its condemnation of the movie industry, claiming it glorified lewd and licentious behaviour, and making it clear that all blame lay at the feet of the treacherous, immoral Jewish men, enemies of the One True Faith, who ran it. In my father’s eyes, this included those men in Toronto.

Although no one sat me down and told me explicitly that no Jew could be trusted, I heard it time and again. What I never heard was any sympathy for them, even for the atrocities of the Second War. I had learned that Hitler was a very bad person who caused the death of millions, but his treatment of the Jews was never once mentioned in my hearing, either at home or at school. When I was a teenager, I remember discovering books such as Exodus and Anne Frank and being shocked to my core when I learned about the camps and places like the Warsaw Ghetto. I’d had no idea. Of course keeping this enormous piece of history secret is a key aspect of anti-Semitism. To not tell the story—or to claim it’s all an exaggeration—is obviously both to deny it, and to deflect attention from the roles the rest of the world played in not stopping things nearly soon enough. Much has been written about how the German people appear to have willingly rallied around Hitler, and many historians believe that one of the reasons Hitler got away with his extermination plans for Jews was by tapping into the centuries of deep and virulent anti-Semitism within the Christian church and European society at large. And this exact same sentiment was alive and well in small-town Ontario, even though there were no Jews there to worry about anyway.

Back when I was eight, all of this was well beyond my understanding, but nevertheless it landed like a stone in the pit of my stomach. My world slipped a notch. I had just seen that my sweet, gentle father could be mean, nasty, and unfair. He’d been replaced by one I didn’t know and now, didn’t much like. My concern wasn’t for these mysterious Jews; it was for me. 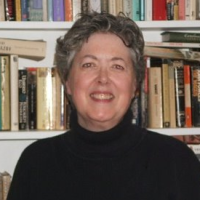