Please enjoy our conversation about episodes 1-4. We are now ready to take on 5-8. We have loved you truly. This post is sponsored by Gloria, who is proud to be a Toast.

Nicole: Well, I hope y’all enjoy DREAM SEQUENCES, because we’ve got ’em all! Peter Russo? CHECK. Zoe Barnes? CHECK. Civil War ancestor? CHECK. Eye-gouging? CHECK. I mean, I get it, he’s haunted by the ghosts of his past, I’ve seen Crimson Peak, I know how it works.

These post-assassination attempt episodes for me are divided neatly in two: the ones where Frank is unconscious and Claire is wrapping herself around Donald Blythe’s pant leg like a friggin’ boa constrictor, and the ones where Frank is back in business and we suddenly care about this shiny Instagram family, the Conways. Where did THEY come from?

Before we get to InstaFam, though, let’s talk about Doug Stamper.

We’re just starting to see Doug get squeamish about the maneuver he pulled with the organ recipient list (which is TINY potatoes in the scheme of Doug’s sins! he moved THE PRESIDENT up ONE SPOT, like, this is no killing-Rachel-and-dumping-her-body-in-the-desert) and I do not like it when Doug gets wobbly, a wobbly Doug is only a few steps away from a drinking Doug. But Doug’s real problem is that he doesn’t want to share Frank, and LeAnn and Slippery Seth and he are all warily circling each other like a group of feral streetcats.

Seth is…the least trustworthy person in the world. Why would you let THIS face run your press conferences? He’s straight out of central casting: Deceitful Washingtonian Insider.

Nikki: Can I just say that watching Claire twist Donald Blythe around her little finger was an absolute joy? “I trust you with my goddamn life, Claire.” I HOWLED.

I have been ill this week and watching House of Cards with one eye closed, through the literal mist produced by my humidifier, so I very well may have missed this entirely, but — is Doug feeling remotely squeamish about bumping the organ recipient who was ahead of Frank on the list? When the poor, bullied Secretary of HHS sends Doug the photo of the guy with his family, he looks at it for like a second and then closes it — back to business. I can’t quite believe that DOUG I-let-a-woman-I-was-in-love-with-think-I-was-going-to-spare-her-life-then-drove-BACK-to-murder-her Stamper is capable of regret over effectively killing a stranger. Then again, while Doug has been an absolute mess every time he’s been separated from Frank for any reason, those are also the times when he’s been closest to turning into a Real Boy again (remember how he came so close to letting his brother in, and being like, a normal person with one semi-healthy familial relationship when the Underwoods froze him out following Rachel’s escape?). And as you point out, he’s got to share his toys with LeAnn and Seth now — so maybe that does throw him off to the point where he might question the occasional murder or two.

As for The Selfie Candidate™, Conway, everything about him unsettles me. The performative making out with his wife! The dead look in his eyes, like he’s an Evil Politician Ken Doll! Enlisting right after 9/11 because of his political aspirations! He’s got this creepy Grown-Up Hitler Youth vibe going on (AM I WRONG? I’M NOT WRONG) and as a rival, he’s definitely got something Heather Dunbar didn’t — the ability to try and be as ruthless as Frank, even if remains largely unrealized potential since I don’t believe the show will let Frank lose yet. But Conway’s wife is no Claire, and that’ll be the difference.

In the vast and beautiful universe of nefarious scheming open to exploration, I have to say that the candidates’ warring top-secret internets manipulation is pretty snoozeworthy. I do not care one bit about Pollyhop or “transparency” or leveraging metadata for political means. We all know about our government by now (“We Listen Because We Care”); no one has any privacy; we’ll all die one day. Moving on.

Can we talk about Jackie and Remy again? Are we ever going to find out what’s going on there? It’s never been made clear exactly why they are together, or what either of them really wants. Given what the two of them have learned from past dealings with the Underwoods, I think it was awfully naive of them to believe for a second they could hide their relationship — honestly, how do you think you have an affair in DC without the Underwoods getting it on film? And why can’t they give Jackie more to do than skulk around having a clandestine romance?

Nicole: UGH POLLYHOP IS SO BORING. I think I’m just jaded about the NSA, but I absolutely assume someone is looking at everything I do, 24/7, and it’s inevitable, so lol nothing matters. Also, they keep trying to talk about it in hushed tones to convince us that USING THIS DATA might be a “step too far,” like, guy, you’re so past this. I’ve seen you wake up the Chief of Police at 2am to haul someone out of jail and make the arrest disappear.

Jackie is criminally underused in this season. I LOVE Molly Parker so much (she’s kind of a big deal to my people, the Canadians) and she really hasn’t had anything meaty to do. Does she even have a job? Remember when she sold out her family friend and had lunch with him and was just “this is how it’s gonna be”? I miss that Jackie! I keep waiting for her and Frank to have an incredible scene together like they used to, but I guess there are just too many irons in the fire for that.

NOW, let’s talk about the persistence of Tom Hammerschmidt, who is doggedly picking up the blood-soaked breadcrumbs that Lucas left behind. Is he going to pull it off? I love the idea that the show will toodle along with all of its shiny battles, and then it’ll ultimately be brought low by the Washington Herald.

Here’s the thing, though: I don’t buy that Tom would keep pushing. EVERYONE INVOLVED IN THE STORY IS DEAD or as-good-as (poor Janine!) and if I were in his shoes, I would accept that the Underwoods are the Borgias and move on with my life. Take your dogs for a walk, Tom!

Nikki: Every time I see that dog of Tom’s I have this terrible sense of foreboding, like they’re setting us up for something to happen to Tom AND ALSO HIS DOG, which I will be in no way okay with. I agree with you: Let the Underwoods do what they’re gonna do, Tom; you have a dog to live for and a shitty novel to write, remember?

And speaking of kinda shitty novels, Tom Yates is back — more about him next week, when we wrap up House of Cards Season 4. In the meantime let’s chat in the comments, Toasties! 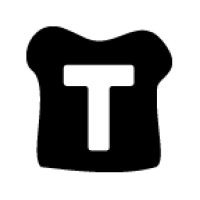