#neckweardontcare
For flaunting your scarves, subtly.

#aurevoirdontcare
For when you’re saying goodbye to someone you didn’t like anyway and also you don’t really remember much about French pronunciation.

#bartletpeardontcare
For when you’re starting to eat healthier but don’t want to seem braggy.

#privateerdontcare
For trying to be brave in front of pirates.

#fanfaredontcare
For when everyone else is making a huge deal about shit and you are keeping your cool, like at parades.

#aupairdontcare
For brooding selfies at French parks, or for alerting your absent parents that your nanny isn’t doing her job.

#bookofcommonprayerdontcare
For losing your religion. Or for Episcopalians who want to share their morning devotions in a jaunty way.

#frankoharadontcare
For when you grow disenchanted with the New York School or when you’re unabashedly enjoying a poem about sandwiches.

#bevelsquaredontcare
For woodworkers who want a new hobby, or woodworking mishaps that aren’t life-threatening.

#pandabeardontcare
For a zoo visit you’re not that into.

#atthePitiéSalpêtrièredontcare
When illness strikes during your French vacation but it’s not life-threatening or anything.

#voltairedontcare
For when you forgot to study for your philosophy final, or for expressing how upset you are when you learn Voltaire might have supported slave trade.

#laissezfairedontcare
For high school seniors failing government, or for being intentionally redundant for laughs.

#americanblackbeardontcare
For wildlife encounters that don’t frighten you, or for when you’re trying to unsubscribe from the Sierra Club email list.

#namedBlairdontcare
When girls named Blair really don’t have an opinion about it.

#racketeerdontcare
For trying to be brave in front of the mob. 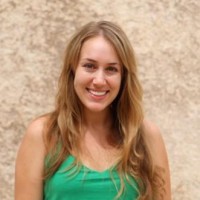 Christina Lee is a poet and public school teacher who lives just outside Los Angeles.