If this intrigues you, buy the (regrettably out-of-print) book.

In the spring of 1920, a Duke and Duchess were forced to Downsize:

“The Duke and Duchess of Devonshire were to move into a mansion in Carlton Gardens. ‘It will be interesting to see what the pictures look like in a small house’ remarked the Duchess.”

“On February 25, Lady Cynthia Mosley gave birth to a baby girl, later named Vivien. One of the first visitors to her bedside was Mrs. Margot Asquith, wife of the former Liberal Prime Minister. ‘Dear child, you look very pale’ she said. ‘You must not have another child for a long time. Herbert always withdrew in time, such a noble man.’ ”

The father of the baby girl was the decidedly ignoble Oswald Mosley, who (in addition to being an odious fascist), reportedly had affairs with his wife Lady Cynthia’s younger sister and stepmother (!) during their marriage. He ALSO had an affair with Diana Mitford, who he eventually married after Lady Cynthia’s early death.

On May 22, 1927, a startling new review opened at the London Pavilion:

“Jazz pianist Edyth [sic] Baker, rumoured to be a close friend of Prince George, had such an impact that the Earl of Lonsdale dropped his cigar.”

“…the sixty-two-year-old Duchess of Bedford left Lympne Aerodrome in a bid to fly to India and back in eight days, flatly refusing to admit that it was a thrilling venture. ‘Interesting, yes, but not thrilling’ she snapped. ‘I am never thrilled.’ “

The intrepid and un-thrillable Duchess of Bedford (Mary Russell, 1865-1937) was an active supporter of the women’s suffrage movement and member of the Women’s Tax Resistance League (“no vote, no tax”), an ornithologist, and a founder of hospitals. She took up aviation in her sixties, and her eight-day round-trip flight to India was a great success. Shortly after she embarked on a second record-breaking flight (on both of these occasions she was not the primary pilot but did occasionally take over the controls), this time to South Africa and back. She died at age seventy-one when the plane she was piloting crashed off the coast of England.

“Sir Francis Laking, twenty-six-year-old Baronet, died in St. George’s Hospital after drinking too much yellow Chartreuse. In his will, he left all his motor-cars to his friend Tallulah Bankhead. It was soon discovered that he did not own a single motor-car.”

“Charlie Chaplin, already white-haired, had arrived in England, staying in a suite at the Carlton Hotel in the Haymarket and being feted by everybody from Lady Astor to the Duke and Duchess of York. On February 21, the famous film star spent the day at Chequers with Prime Minister Ramsay MacDonald where both men fell asleep after lunch.”

File this one under Dad Magazine, February 1931 edition! True, Charlie Chaplin was not yet a Dad—but he was a Future Dad, as this anecdote presages.

In 1932, the first stirrings of an historic love affair:

“On January 30, Mr. and Mrs. Ernest Simpson were found weekending at Fort Belvedere for the first time. Lady Furness acted as hostess and the Prince of Wales armed the men in the house-party with bill-hooks and got them to attack the laurel which was encroaching on his garden. In the evening, he astonished Mrs. Simpson by taking out his needlework. ‘This is my secret vice’, he said, explaining that he was making the cover for a backgammon table.”

Sadly I have been unable to find out much more about the Duke of Windsor’s secret passion for needlework. Perhaps this was what first endeared him to Wallis?? Incidentally, had the Prince lived in a slightly different time and place, he could have joined up with these very pleasant-sounding fellow-hobbyists.

“One of the most remarkable of this year’s crop of debutantes was Lord Redesdale’s fourth daughter, the Hon. Unity Mitford. She was to attend many dances this season with her pet grass-snake, Enid, slung around her neck.”

Ah yes, the Mitfords strike again. Mitford enthusiasts will recall that sometimes Unity brought along her pet rat Ratular instead. And in Hons and Rebels, Jessica Mitford recounts the time when a slightly younger Unity intentionally terrified a governess heeding the call of nature, Unity having left a snake (Enid) artfully wrapped around the toilet chain. Jonathan Guinness (Diana Mitford and Bryan Guinness’s son and author of The House of Mitford, which is by far the worst of the books about the Mitfords) later pooh-poohed this story, impugning Decca’s honesty and asserting that “no live snake would stay wrapped around a lavatory chain for five seconds.” What a spoilsport. I imagine that Enid was more than up to the challenge.

“On April 16, thirty-four-year-old Eric Hatry, barrister brother of the gaoled financier Clarence Hatry, was charged with urging his dog to worry a cat in Soho.”

And in 1939, more on the doings of the Devonshires:

“On February 22, it was revealed that the Duke of Devonshire had installed a conveyor-belt to transport food from the kitchen to the dining-room at Chatsworth. It was claimed that this gadget could carry a bowl of soup 328 feet in thirty-two seconds without a drop being spilt.”

By the by, when this particular Duke of Devonshire (Edward Cavendish, 10th Duke of Devonshire, a.k.a. Deborah Mitford’s father-in-law) died in 1950, he was attended by his physician, John Bodkin Adams, a likely serial killer (never convicted), who was ultimately linked to over 160 suspicious deaths! 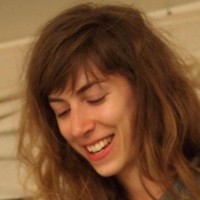 Olivia Good has a highly marketable graduate degree in the history of the decorative arts, design, and material culture. Her favorite Mitford sister is Nancy.