Previously by Hannah Notess: Unconvincing Hymns of the Temperance Army

If the number of times I’ve read the book Sharing Time or found myself singing a Daniel Tiger song like “You’ve gotta try new food, ’cause it might taste goo-ood” is any indication, didactic stories and songs for children are never, ever going away. As parents and teachers, we just seem to want something cheesy, easy to remember, and ever so slightly passive-aggressive to pull out in those moments when we’re trying to convey, for the zillionth time, that biting your preschool friends is not living your best life. But given that pundits like to go on about character, and how we used to have it and now we don’t, I thought it might be interesting to go back and look at some of the Sunday-school songs Americans were using to help children grow in “character” when we were — supposedly — better at it. What, exactly, can we learn from these songs?

Animals that don’t even have hands work harder than you do.

If you’re sluggish, your garden will be a huge mess.

Butterflies are the worst. They don’t do anything and nobody likes them.

And poppies. No one likes them either.

Some people complain they have nothing to do. Some,  I’m not saying who.

Stop fighting with your brothers and sisters, otherwise you might end up going at it with swords and clubs.

Here’s a fun idea: let’s learn to tell time and not be lazy.

Sure, go ahead and play sports instead of thinking about heaven and hell; see how that turns out.

Quit pestering the cows God made (with reading comprehension questions!).

Afraid of spiders, Ann? That’s funny, because they work harder than you do.

It’s just so wonderful that you’re quiet and calm throughout all your daily activities and also the transitions between them.

Planets are actually stars, and also stop asking so many questions. 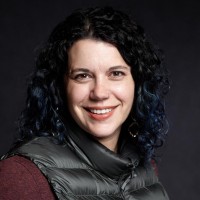 Hannah Faith Notess is managing editor of Seattle Pacific University's Response magazine and the editor of Jesus Girls: True Tales of Growing Up Female and Evangelical, a collection of personal essays. Her first book of poetry, The Multitude, is now available from Southern Indiana Review Press.