Tetraptych of My Grandfather

(1) The only photograph I have ever seen of my grandfather was taken at my mother’s wedding. He doesn’t look happy to be there. A thin man with a long face, his twiglike hair invites comparisons to a scarecrow. His eyes sank decades ago and his lips lie flat. He wears a somber gray jacket that looks mournful next to his wife’s bright pink dress and shy, doelike smile. My parents got married in the eighties, and their wedding album is full of the excesses of that decade: inflated shoulders, seven-layer hair, coral-orange lipstick. My grandfather alone seems apart, serious as the Amish, cut and pasted from a daguerreotype. He seems a man unused to having his picture taken, whose smiles must be earned, not given away freely to strangers.

(2) My mother only has one story about my grandfather she likes to tell me. She, his eldest child, and I, his only grandchild then, were moving to America. I was three and an object of family worry; a benign but conspicuous birth defect had gotten me admitted to hospitals early and often. My father had already been living in California for two years, waiting for our arrival. It was the last time my grandfather would see his daughter and his granddaughter at the same time, and it was the first time my mother had ever seen her father cry.

Or so she claims. A part of me refuses to let myself believe this. It sounds so sentimental and convenient, like a line from a movie. My mother doesn’t have, or doesn’t want, a reliable memory, so I just assume she’s using his tears as a clumsily obvious material to retrace the long-faded genealogical line between my grandfather and me. Seeing my grandfather cry, I apparently scolded, “Why are you crying? Grown-ups don’t cry.” My mother remembers these words with an amused, nostalgic smile, but I’ve always been ashamed of them. I don’t want to have been the Hall Monitor of Feelings. I wish I’d cried with him, that we could have shared those tears.

(3) According to my mother, my grandfather wasn’t a good father. He played favorites: my mother, the eldest; my Little Aunt, the prettiest; my uncle, the lone son. My Big Aunt was plain and practical and left home early to become a nurse because she knew she wasn’t wanted at home. My grandfather cast out his wife’s three children from her previous marriage, a subject my mother speaks of rarely and only in hushed whispers, even when we’re alone. He grew up too rich to be a good provider to his family, with an intricate and opaque system of correct and incorrect behavior that frequently led his four children to scour the hills behind their house for locusts to roast for dinner. He starved often, especially in other people’s homes, where he never touched their food. My mother learned from him this peculiar ungraciousness against her hosts, so she starved too.

I’ve only had one-and-a-half real grandparents: my paternal grandmother who lived us when I was a child and got her kicks blowing cigarette smoke in my face while I ate breakfast, and my maternal grandmother who lived with us for a month in California and then disappeared back to her life in Korea. My maternal grandfather died when I was nine, and because my mother and I moved to America when I was three, he never knew who I was. I don’t know who he was, either, which is why I imagine him as I want to: a tragic swashbuckler, a Byronic cad, a noble cowboy. My mother has no stories about my grandfather for my brother, so he is all mine.

(4) He must have had hair several yards long when he was a young man, and ridden horses, too. What did he hope to find in Manchuria when he absconded with the money and gifts for his father’s sixtieth birthday, the most important celebration in a Korean man’s life? Was he fleeing the shame of his failed marriage, which collapsed when rumors emerged about his new bride’s premarital affairs? Did he become a new man in that anarchic, unstable territory? Was he too cowardly to fight for Korean independence, or did he believe it to be a lost cause? Did he find what he was looking for?

I’ve always thought of his midnight run as an act of impetuosity, even stupidity. Rich, coddled boys know very little about anything other than themselves, least of all how the world works. But knowledge of the world is overrated, even useless, in the long run. There was no way my grandfather, born under Japanese colonial rule in northern Korea, could have known that in fifteen years’ time his homeland would be cut up by American, Russian and Chinese bureaucrats into a North and a South, inventing two countries where there had been none, spoils for the Japanese emperor. Nor could he have predicted that his native land would soon be taken over by a murderous dictator who would seal the borders, barring my grandfather from ever returning home or seeing his family again.

He was a hard-hearted survivor. And as such, he couldn’t have regretted the fantastic luck that had allowed him to escape the horrors of the Kim Il Sung regime, which justified the murder of thousands with the dream of a paradise of equals. My uncle, my grandfather’s son, once begged me to visit North Korea and find our long-lost relatives, the descendants of my grandfather’s siblings, apparently unaware that I, as an American citizen, would never be permitted to set foot in that country. I was twenty at the time, old enough to know that the request was hopelessly sentimental. I didn’t know then that the North and South Korean governments sometimes orchestrate brief meetings between parents and children or between siblings who have lived on opposite sides of the DMZ since 1953. My uncle, a minister, probably saw a TV program recording those cruelly short reunions and hoped to have a similar meeting with cousins he’d never met to convert them to Christianity, so they wouldn’t end up on the other side of an impassable border in eternity, too. I thought it was quite likely that those relations had all starved to death during the 1990s, when severe drought and failed centralized agricultural policies killed a million souls. But maybe not; maybe, as a wealthy, well-connected family, they survived all these decades by joining that monstrous regime and performing barbarous acts to prove their loyalty. The North Korean state punishes dissidents by killing and torturing not just the offenders but also their parents and grandparents, or their children and grandchildren. Under such pressure, the slow strangulation of their fellow citizens might be their strongest proof of love.

At least three of my grandparents came from absurd wealth, from families that could afford extraordinary luxuries like second and third wives and school for their daughters. But the inheritance I’m seeking isn’t the fortunes evaporated by time–those new clothes I wish I’d had when I was growing up, or the “American Dream” house my mother will covet until the day she dies. Rather, it’s the knowledge of how my grandparents survived the brutalities of the twentieth century, which snatched away their physical comfort and high expectations of life and replaced them with war and a ruthless modernity that destroyed the world they knew and scattered their children and grandchildren across the globe. If my grandparents had left me anything, I wish it had been the knowledge of how they had managed to survive, and how they could bear to. 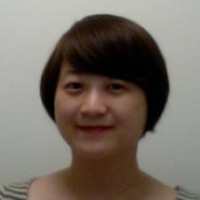 Inkoo Kang is a film critic for The Village Voice and Screen Junkies, among other publications. Her great dream in life is to direct a remake of 'All About Eve' with an all-dog cast. Follow her on Twitter.