Adventures With My Mum and the Anti-Abortion Movement

This is a true story, or at least, as true as a memory can be. All names have been changed, including my own. My mother always said, “You can write anything you want about the family, darling, as you long as you do it under a different name. I want to pretend that’s someone else’s dysfunctional relatives. Did you see where I left my cigarettes?”

When I was fourteen, my mother was fired from a senior position in a major right-to-life organisation. The cause? She was too feminist.

Okay, what they actually said was that she wasn’t a “good cultural fit for the organisation.” But what they meant was that they weren’t comfortable with her status as a soon-to-be-divorcee, her refusal to apologise for “depriving her children of a father,” and also she liked to wear trousers.

Now, this is Australia. As a general rule, our pro-life movement is less fanatics bombing clinics and more middle-class women passive-aggressively disapproving of things. Especially other women. Especially if those women happened to do shameful things like leaving their abusive husbands. And having abortions, that’s pretty bad, too.

Mum was nineteen years old when she heard of abortion for the first time. She recoiled from the whole concept. She had been a premature birth, not expected to live for more than a few hours. I suspect she over-identified with all the embryos and foetuses being callously kicked out of unwelcoming wombs.

I was ten when Mum explained it to me. I said, “That’s…well, I guess I can see how it happens…”

Then I received my first lecture on the sanctity of life, Catholic teachings about sex and intimacy, and that women who had abortions weren’t bad, but they made bad choices. Picture my mum, a lower-middle-class Kathleen Turner, with a menthol cigarette in one hand as she explains how we live in a culture of death.

Many years later, I thought about that afternoon, and set it against our family’s history. And for the first time, I realised that, as she delivered that lecture, my mother was struggling with her own unplanned and unwanted pregnancy.

My parents had split up for the first time. Weirdly, it was a happy time for me; Mum had a job, a nice car, a brand new house. My father went from authoritarian to melancholy, which was less scary.

Then Mum became pregnant, in circumstances I never fully understood. She stopped working, and started going to Mass every day. And the pro-life pamphlets appeared, piles of them, all over her room.

She and Dad got together before it started to show, but it wasn’t until late in the pregnancy that she stopped talking about adoption.

It was after my sister was born that Mum returned to pro-life politics. She had been an able and respected political organiser before she got married, one of the few female members of the anti-capitalist Catholic right wing that would eventually spawn Australia’s current prime minister. Dad put an end to that, and to her education, but Mum still kept in touch with her old friends and colleagues.

(Not the current prime minister, though. He abandoned that course in favour of capitalism and a career in the political mainstream. My mother’s people hate him almost more than the Left does.)

It started with volunteer work, but when I was thirteen, my parents split up again, this time for good. My sister was two at the time; I was almost thirteen. Mum was offered a paid position as a state secretary and spokeswoman (we’ll have no gender-neutral language in this organisation, thank you). “Just while you sort everything out,” said Patricia, the organisation’s president.

If I was sick–and I was sick a lot that year–I got to accompany her to the office. This meant a trip into the city and a day spent making myself useful to The Cause. They also had a set of life-sized rubber embryos, which I liked to (guiltily) pretend were monstrous aliens.

Once I got to read through submissions to the organisation’s newsletter. Most were poems written from the point of view of a foetus. Ideological correctness, in my opinion, was no substitute for artistic merit.

Patricia used to watch me closely on those days, waiting for signs of the delinquency that inevitably sprouted in children from broken homes. I was mostly into Star Trek, which Patricia seemed to find troubling. Mum explained that Star Trek was a very pro-life show, all those aliens they refuse to kill, and Patrick Stewart was very good.

They let Mum go a few weeks later. Our income was reduced to the single parents’ welfare payment, which was enough to live on provided you didn’t eat too much. Unemployment was high in our town, and Mum’s skills and experience were decidedly niche. In any case, my sister turned out to have special needs, and had worn out her welcome with every babysitter in town. To fill the hours, Mum did what any welfare-dependent single mother would do: she volunteered for a pregnancy crisis hotline.

Looking back, it’s decidedly ethically shady to go around advertising yourself as a proper, open-minded hotline, and then be all pro-life at people. (I realise that most people don’t take a decade or more to realise that, but I was coming at it from the other side.)

But I’ll say this for my mother: she has all the empathy in the world. This meant she was very bad at counselling people, but very good at being their friend. I’d come home from school and find a strange woman in our tiny flat, drinking tea and sharing her gynaecological history with Mum. A few of these were women my mother had persuaded not to have abortions. Some chose otherwise, yet they stayed friends with her.

Most were women who had had abortions in the past, and regretted them. “Post-abortion syndrome” is often regarded as another pernicious anti-choice lie, but I’ve met them, women whose terminations were followed by depression and breakdown. Many had identified as feminists until they were told their problems didn’t exist. That has changed in the years since–it probably wasn’t even universal then. My distaste for the pro-choice movement deepened, even as the pro-life movement exploited these women’s experience for their own “side.”

The common element between all of them, I eventually realised, was that none had really made a choice. Some had been faced with economic necessity; more were coerced by abusive partners. For the first time it occurred to me that maybe the problem wasn’t so much abortion, as a society that permitted men to mistreat and exploit women.

That was scary stuff, though, verging on feminism. So I concentrated on more important things, like school assignments about how abortion was very wrong indeed.

Picture a skinny sixteen year old presenting a lecture on the moral bankruptcy of a society that killed unborn children. She’s an officious little thing with very little sense of humour and a notebook full of out-of-context quotes and dubious facts. Why, did you know that in cases of rape, the human body has a way of shutting that whole thing down? That abortions cause breast cancer and women drop dead every day because the contraceptive Pill causes strokes? I believed it. I did.

And yet, I didn’t. I knew the pro-life movement, all its nasty middle-class hypocrisies and lies. The older I got, the clearer it became.

Mum worked for charities that supported single and teenaged mothers. She built networks among women who were isolated, sometimes uneducated, in need of a friend. Her friends–including Patricia, because my mother is eternally and ridiculously forgiving–turned their noses up at that type of person.

I went to uni, and found information that hadn’t been approved–or manufactured–in some right-to-lifer’s office. I started to think dangerous thoughts like, “I personally could never have an abortion, but what business is it of mine if someone else does?”

And, “If a woman needs an abortion, she should be able to do it safely and privately, with a good doctor, not having to run a gauntlet of protestors and people who think they can baptise a foetus.”

“You’re not pro-choice, are you, darling?” my mother said a couple of years ago.

“No,” I said. But only because I chose to avoid labels.

My mother is changing, too. A few years ago, she rejoined the organisation that fired her when I was a teen.

“That’s an interesting choice,” I said.

“I’m sure I don’t know what you mean,” she said airily, and I pictured her waving her cigarette around, dropping ash on a pamphlet. She was a board member now, advancing a policy of working with feminist organisations to promote contraception and sex education. She sometimes sent me drafts of her speeches, and I sent them back without the “facts” I couldn’t verify outside of a pro-life website. She started talking about meaningful choices, and support for single mothers in poverty, domestic violence and escaping cycles.

Needless to say, this wasn’t going to last. After a few months, she rang me.

“Before you were fired?”

“You know,” she said, and she sounded deeply tired, “I’m starting to think those people don’t care about women at all.” 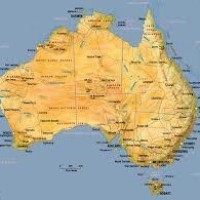 Jane Shepard is a pseudonym for an Australian author.