“But they’re so nice to me. Are you sure things happened this way?”

“We spoke to her, and she knows that the way she lashed out is wrong.”

“We should all come together to process this. In love.”

“What did you say to provoke them?”

“This is a learning experience for everyone involved.”

Any of those sentences sounds familiar? Congratulations, you’ve encountered an abuser or their enabler. For extra bonus points, if all of the lines sound familiar you’ve probably encountered them in a progressive space. There’s a myth that being progressive in some of your politics is proof against racism, sexism, or classism. The problems with that myth are becoming increasingly well documented. What isn’t being discussed is how often other harmful human behaviors are present in progressive spaces. All too often, so-called “safe spaces” can also harbor abusers.

It’s nice to think that the bad people who are there to hurt others are wearing a sign that warns potential victims away. However, that idea ignores pretty much every thing we know about abusive people. A charming friendly person who never has a cross word for someone in power–someone who says all the right things in front of the right people–could be a great ally. To some people. And, all too often, that’s enough to excuse the fact that they use more vulnerable people as emotional or actual punching bags. When allegations are made, or, in some cases, even in the face of direct evidence that there is a problem, there is a tendency to make excuses. To ignore everything written about bullying, violence, and abuse in favor of blaming the victims.

“Why didn’t you just walk away?”

“Well I know what you said he did, but he’s always been so good to other people.”

“It was an isolated incident, you don’t want to ruin someone’s career over a bad day do you?”

Is that familiar too? I’m sorry. Unfortunately it’s much easier to ignore or invalidate victims than to confront a painful reality. Things get especially difficult when you consider that bullies tend to target people with less social capital. Victims are generally not as adept at manipulation, so the offender can spin the story to paint themselves in a better light. Popular narratives around reconciliation and solidarity in progressive spaces can lead to a focus on rehabilitating abusers at the expense of their victims. We know that people targeted by bullies/abusers are vulnerable in some way. They may have been hurt in the past, be socially awkward, or not be prepared to respond to sudden aggression. And even if they do respond, their lack of social capital relative to the abusers can influence how it is perceived.

They are in a no-win situation: don’t fight back, and the abuse continues, fight back and risk being labeled as the problem.

Yes, victims have agency and a right to choose what happens next, but during the moment or moments when they are being harmed, bystanders are also responsible for what is happening in front of them. And the solution is never going to be ignoring the harm being done, or blaming the victim for being a target.

Does that mean that there is no good solution? No. Should abusers get help? Absolutely. Can they heal? Again, absolutely. I certainly think that the cycle can be broken. But their healing can’t be a priority that trumps the safety of others in any community. In progressive organizations, the health of the whole community hinges on the safety of every member, not just the most popular ones. We have to step up to for the victims, which means listening to them, making their comfort a priority, and not pressuring them to engage with the abuser so that others can come to terms with what has happened. A safe space is more than a room in which to speak without having to hear ableist or racist language. A safe space is a room where ideas can be discussed, challenged, and the participants won’t be physically or emotionally abused. Where people in the room step up to stop abuse, to care for victims of it, and to hold abusers accountable. Whether it is an Occupy protest, a religious community, or an academic arena, the safe space concept should be one that guarantees the safety of all involved, not just those with the privilege and power to oppress. So what does that mean for this phenomenon in progressive spaces?

We have to confront what’s happening when it happens. We have to be willing to do the hard uncomfortable work of breaking the cycle. We have to derail abusive dynamics when we see them developing, even if the person involved is someone who has never been that way with us. Safe spaces are only as safe as the people in them. This isn’t about any individual, or about any one incident. Yes, you can find a recent example. Or three, depending on where you’re looking, and who is willing to speak out. But even if no one speaks, these problems persist in every community. We all carry our biases with us, whether we identify as feminist, liberal, progressive or all of the above. And sometimes those biases are reflected in how we interpret who deserves safety. If a space is safe for one person, and unsafe for others, then the problem isn’t how the victims differ, the problem is that someone is making the space unsafe. And sometimes no matter how nice someone is, how well connected, you have the courage to be truly progressive. To put your politics aside, and focus on basic humanity long enough to protect someone, to comfort and care for someone who has been hurt by that dazzling figure that charmed their way into the safe space and rendered them toxic.

Mikki Kendall last wrote A Love Letter to the Hood. 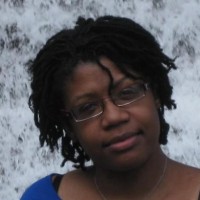