There are few avenues of life in which violence is sanctioned; fewer still in which it is productive and necessary. Working demolition (“demo,” to its initiates) on houses is one of them. This was what I did this summer. Not with plastics explosives or wrecking balls: with screwguns and sledgehammers and crowbars. And after 10 long months of shepherding 11 and 12-year-olds through preadolescent turmoil–through that brief intersection of childhood enthusiasm and pubescent confusion–it felt pretty damn good. Like a boxer being given a speedbag to work on.

For five weeks this summer, I got to come home to Montana in the full flush of summer, strip a house down to its guts, then knock off a chintzy 80s-era addition. Serious gratification, baby. My labors helped lay the groundwork for my dad to come in this fall and do a period restoration, making it the house it was meant to be. 1928 look and feel, 2013 amenities and workmanship.

Pops is giddy about the project, for two particular reasons: this type of construction has been his animus for much of the past 30 years, and he’s beautifying our neighborhood. We live two doors down from the remodel in question. Hot lunches at a moment’s notice! No morning commute! Our own bathroom on demand! These are enviable luxuries in any field of work, doubly so in ones that demand hard exertion.

My other co-workers on this project were Tim, a fellow teacher in his mid-thirties and the homeowner’s son, and Bailey, his yellow lab. Nah, strike that. Bailey is a useless worker. She has no spatial reasoning, and always seems to get herself underfoot when you are carrying heavy loads of material, or walking down a narrow staircase. Her main assets are her high degree of cuteness, sweetness of temperament, and that she’s a sucker for belly rubs with work gloves.

Tim, on the other hand, combined his good nature with a competency that’s grew steadily each week.  Unlike me, who’s been doing work like this almost every summer for half my natural life, Tim is new to the trade. He has the perfect disposition for a novice co-worker: easy with the praise, and quick to compliment the speed and apparent ease at which I do things. He’s also eager to learn new methods, and quick to apply them. I wish he’d come to observe my classroom, then say things like, “Hey! I really liked that valuable life lesson you laid down around the 45th minute! Breakthrough moment, man!” If the 25-odd kids I taught in each class last year were half as rapturous with their learning, I might’ve had them doing Dead Poet’s Society shit within days.

Tim and I exchanged a few stories in our time. Teachers–especially teachers of students of a similar age–always have a great stock of anecdotes to relay, and a great deal of shop to talk. And we even had a couple stories worth telling happen on-site, both involving animals. Once, Bailey fell out of a second story window. This is what I mean by “no spatial reasoning.” She somehow effected a four-footed cat-like landing, and emerged unscathed, so we could and did laugh long and hard about it.

Another time, Tim and I had to mercy-kill a bat. I had been stripping siding and shingles from a south-facing wall, and when I went down from my ladder to clean up the mess, I heard tortured squeaks coming from a mouse-sized bat with a clearly broken wing. This had almost certainly happened as a result of the habitat destruction I’d just witlessly committed. After consulting with Tim, we agreed that drowning was our preferred method of mercy-killing, on the grounds that it was more humane than blunt force trauma.

Looking back, I’m not so sure that was true. Our motive, to end suffering, seems sound, but our selection of means less so. We probably chose drowning to absolve ourselves somehow, so we could merely set the conditions for death to occur before walking away, wiping our hands clean. I was unsettled for much of that day, memories of those squeaks and the pink contortions of the bat’s mouth as it called out still new in my head. I hated being an agent of this senseless agony.

We start at the sides. Redwood siding, much of it in fine condition despite years of harsh weather events, comes off beneath our hammers and pry-bars. We salvage this, as we do much of the material left in the house, with tightly-stacked piles that are secured with plastic wrap, and tucked away in the dry confines of a garage converted for lumber storage. Thousands of board-feet of fir and redwood, even when picked from an aging house, has real dollar value, and the potential for reuse in other projects. Best of all, collecting it appeals to Pops’s innate pack-rat-ishness.

We move to the upstairs bathroom, removing the fixtures and tiles and subfloor and sheetrock and insulation and wiring and finally, the wall studs themselves. Where there was once a place to discreetly remove bodily waste, there is only a blank swath of plywood, with empty ceiling joists above. More sheetrock and plaster are stripped from the second story’s living room and two bedrooms, pounded off the walls and ceilings with the animal strength of the sledgehammer and fed down a reinforced cardboard tube into the dumpster waiting below. We wear respirator masks for this work, as dust from the sheetrock and plaster rises from the floor in thick clouds. Carpet and padding are cut down into more manageable square segments with a razor knife, ripped up, and given the same fate as the unholy plaster mess. We proceed to the downstairs living room and kitchen, repeating the process of stripping and hauling and dumping until nothing remains on the walls and floors but wall studs and plywood.

The furnishings now stripped and a clean slate of lumber and plywood now established, we up the intensity of our demo work. The home addition tacked onto the original structure is still standing, taunting our labor with its seeming permanence. It has to go.

We start at the roof. The shingles come off first, then the one-inch boards that held them in place, falling like leaves beneath the smooth steel of the pry-bar. We set up scaffolding to deal with the rafters: huge, heavy boards 12 inches wide and 16 feet long that had given shape to the roof. We catch them as they descend from the roof-beam, then take the roof-beam too, using a combination of power saws to get through its 6 inches of dead wooden weight. We then need to drop the walls. Power saws again to cut them free, then ropes to pull them earthward. Once they are laying down, it becomes much easier to knock the boards free from the nails holding them together, and salvage the good stuff left free of warping or water damage.  The floors come up last of all. We lever them up with a thick crowbar ideally suited for the tough, tightly-nailed wood. The plywood used for the flooring is thick and unwieldy, and great to bid goodbye to as it is pivoted off the deck. We move our gear downstairs, rinse, repeat, and leave nothing but stacks of lumber and a full dumpster in our wake.

The last walls left standing belong to a small foyer, looking like an afterthought still left perched on a tiny bit of subfloor. Tim and I take a break to commemorate the moment with a few pictures, then knock the last of it down. There’s a real sense of closure, looking out across the deck and seeing none of the addition remaining. The house that will come starts to take shape, and the reality of its creation suddenly becomes much more acute.

By the end of my 130 hours on site, only the original house is left, the 25-year-old home addition a fraying memory. A wraparound porch still stands in homage to the addition’s years of service, but it too will fall in weeks to come.

My parent’s house sits on a stubby hill topped with three other homes. Its big selling point is a sweeping view of the north shore of Flathead Lake. From my deck, you can watch as the green and yellow patchwork of family farms shifts into the willowy green tangles of a wildlife preserve before butting into 27 miles of glacial water, thick and muscular hues of blue taking the whole field of vision. Two mountain ranges–the Swan and the Mission–lap over each other on the east horizon, and when the sun strikes them hard at dawn or sunset, they have a beauty beyond praising. I may have nothing but bones to pick with the Christian right, but I can forgive them for naming this God’s Country.

And I like to think that in my purposeful violence, in my summer of sledgings and strippings and salvagings, I helped move my small corner of the world towards that vision. 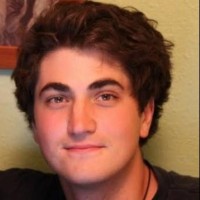 Cameron is a teacher living and working in Spanish Harlem, interested in construction and writing projects.