How I Learned to Love Pumping Iron

That was all a child was meant to do, in my mother’s estimation, and honestly, I was good at school so this didn’t bother me for a very long time. I was not, however, good at anything athletic; I was always too short for basketball, not fast enough for running races, not coordinated enough for hitting anything with anything else. It was only later when talking to my husband that I realized that parents with an eye for sports taught their kids skills like dribbling or throwing a football at home so they would have a better handle on it, much like my parents drilled me on my multiplication and division skills. I just thought I was bad at it, and like other kids who find themselves excelling in other parts of their life with minimal effort, I just resigned myself to being terrible at athletics forever.

I picked up rugby in college though, for five basic reasons:

1. As a self-identified (and helpfully identified by my peers) small Asian female nerd, no one would expect me to do this and this delighted my contrarian side.

2. Rugby is not big in the US, so hopefully the playing field would be a little more level than if I decided to try, say, club soccer or lacrosse.

3. I am not afraid of being hit–I have not ever been in a fight–but I wanted to see if I could pick myself up from being knocked down.

4. I wanted to see if I could knock other people down. Why? See reason 1.

5. Maybe secretly it was what I was always meant to do, and I would have fame and stardom forever.

Unfortunately for my last reason, I was, at best, average at rugby. However, I tried really hard to get better, even though I had no field vision and terrible ball throwing skills, and in the process of all of that I ended up finding a group of people that I loved and a place to identify with. It also kicked off this current phase of my life where I’ve gone from being “that nerdy girl who reads a lot of books” to “Hieu reads a lot of books and does, like, sports or something.” This was the time when I got some half-assed instruction on how to use free weights by my friends (no offense, friends) and got generally comfortable with the idea of barbells.

My time as an active rugby player didn’t last very long past college–I joined the local women’s club, but trying to balance that with feeling comfortable with the team, starting my first salaried job, living at home with my mom and applying to graduate school was a mess. After working for a little bit and getting my legs again, I started playing an even more obscure (to Americans) sport: gaelic football. I was also, at best, average at that too. Then the first Crossfit box opened up in Baltimore in 2009 and I joined there, hoping once again that maybe I could whip myself into “fantastic shape.”

I struggled with how to write this part for a very long time. Since CrossFit has taken off, there are a flurry of posts out there about how “strong is the new sexy” and “I used to hate my body and just do cardio all of the time, now I do CrossFit (or I started Mark Rippletoe’s Starting Strength) and my body is hotter and I can squat 2x bodyweight for reps, lololol isn’t life fantastic?” I’m very happy for those people and there are definitely positive stories out there. My sister has been doing great with 10 months of Crossfit and doing some paleo/Zone mishmash. However, I didn’t stick with CrossFit long enough (that’s my caveat) and beyond some basic novice gains in my lifts, I haven’t seen any of that. Simply put, this is not going to be one of those pieces.

I went from playing a team sport to trying CrossFit to improve my performance to finally giving up the pretense of ever being a good player on the field. Then I decided what I really enjoyed was messing around with barbells, and so I began switching between powerlifting and Olympic-style weightlifting (hereafter referred to as barbell sports.) My body composition went from being kind of the same to having more muscle and fat and now I’ve leaned out a bit, but I didn’t magically transform into being completely ripped. Surprise! Apparently I have to learn to accept what I look like.

Just a quick aside:

I will say that the best thing about any of my athletic experiences–playing rugby, gaelic football, barbell sports–is that I learned to appreciate of what my body was capable of. I stopped playing team sports because after my initial experiments of “maybe I’m a latent genius at sports” I quickly found out that: 1) no and 2) the people who could pick it up quickly were often people who played different sports at a younger age. I also realized that my social anxiety meant that because I wasn’t a particularly good player (I was probably “average” on a good day), I was overwhelmingly conscious of holding the team back, or even worse, contributing to our losses. (Side note: I have never been on a team with a winning record.) This would transfer over to how comfortable I felt in social events. Did people like me? Were they just pretending to be nice but then shaking their head when I wasn’t around and going “man, if only she’d learn how to sprint?”

Barbell sports were much more comfortable for me: if I do badly, I’m the only person who has to deal with it. It doesn’t affect the standing of the club I represent, or anyone else. It’s just me. And I am much more comfortable with handling that. And honestly, one of the things that helped me feel comfortable with it is that I was comfortable with the idea of free weights before–my brother in law showed me some basics of a barbell squat, a Romanian deadlift, etc., when I was a teenager and then I spent that time dicking around with teammates and friends in the weight room at college.

Barbell sports also reinforces the idea that different body types are okay. That may sound strange in a sport where there are weight classes and where you have to weigh-in to ensure you make weight. However, because of weight classes, I better appreciated the breadth of body types that can exist within a particular weight range. Also, different body types provide different strengths and weaknesses to your ability to execute different lifts. I can squat more than my other lifts because I’m short, and my hips have significantly less distance to travel with lifts. I also have big ol’ thighs and a butt too, relatively speaking for my height/weight. You long-limbed folks that seem so graceful and elegant? You’re probably going to have a hard time with the squat but you’re probably fantastic at the deadlift. Short-armed folks? Bench press. Bench press is your friend.

This has done so much for my appreciation that differing body types are all fantastic. Don’t take too much stock in the whole “I’m the wrong body type for X,” though, because that can be dangerous–some of the more fantastic athletes are the ones who manage to overcome/power through things that would hold them back. I’m still working through a lot of that, but it takes a lot of tinkering with technique and figuring out what is the most effective way for you, with your specific body type to do a lift.

This is a very silly idea, and I’m not sure if anyone else feels similarly about specific numbers when they’re lifting. That being said, I thought it might be fun to share some of what I consider to be “pretty numbers,” thinking that if you stay with some sort of niche activity long enough, you can develop some pretty specific and idiosyncratic preferences.  My numbers are influenced by the fact that I’ve switched back and forth between Olympic weightlifting and powerlifting. I’ve never lifted anything above 48kgs/103lbs in Olympic weightlifting, so the kg numbers cut off very quickly.

315 lbs – Three wheels! I may never get here, but I would be incredibly excited about this one.

Bodyweight metrics are always exciting, particularly if you are on the smaller side of the spectrum.

1.5x bodyweight – I hit this for reps in my back squat recently and I was really happy

3x bodyweight – If you get this in anything, you are a badass.

In the gyms I’ve been to I tend to be a woman with above-average strength, but of course, it’s all relative. Strength training is such a niche activity; I think I am stronger on average only because most women don’t do it. If the majority of women did barbell sports, my numbers would probably be at best, slightly above average. I have a significant competitive streak, which can be a downer when you naturally suck at athletics and participate in them regardless. However, barbell sports are a strange situation where oftentimes newfound acquaintances and longtime friends say “Oh wow! Bench pressing! I can’t do that, I’m so weak!” and I just want to shake them and say “you can! You probably could lift more than me.”

Barbell sports are tricky to do when you have a tendency to be hard on yourself. There was a forum I was reading where someone joked that their lifting goal was to lift 110% more than their current one rep max. Most people I know tend towards that–once they reach their goal, they move on to another one–but there’s a few exceptions. There are always people who are better, and there are always people who are worse. I’ve tried to not to be jealous of the people who are just stronger, and just focus on in what a wonder it is that they can do it. A woman my size putting her bodyweight overhead in a clean and jerk? Awesome. At the national level, there are teenagers who do that. Also awesome. It’s been said a lot, but people who do strength training are incredibly supportive of one another. I don’t know if it’s because it’s not entirely mainstream (although that is changing because of CrossFit) or because it’s an individual sport.

Everyone has this notion that powerlifters and Olympic weightlifters are either 1) large or 2) ripped like a bodybuilders at a fashion contest. This is terribly far from the truth. For women, the most crowded weight classes I’ve seen are the 58kgs, 63kgs, the 69 kgs, and the 75 kg weight classes.  I’ve competed in both the 58kgs and the 63kg weight classes. In my part of the country, many of the records in those two weight classes have been made by women who’ve gone on to be international-level lifters.

Meets: they’re long and they can be nervewracking especially when you feel like you’ll be one of the weaker lifters in your weight class, but I like doing them because it’ a way to give me something to focus when training week in and week out. Maybe one day I might make it beyond the local meets and qualify for a national-level meet, but I don’t think that’s likely–as I mentioned before, the field is pretty crowded at whichever weight class I decide to compete in.

So, if any of this sounds appealing to you, let’s talk! 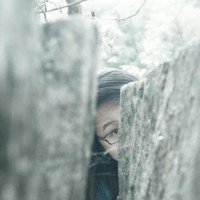