on May 12, 2014 in Gentleman Scholar Sponsorship

When you hear the word ‘extravaganza’, do you think of demonic dandies, tragic wives, intense nannies, and Byronic heroes? Well, if the extravaganza is by Charlotte Brontë, you definitely should. You should also expect potentially-hypothetical-twins and a Duke of Wellington fantasy, plus a Mary, Queen of Scots tie-in. It transcends debates of ‘literary’ vs. ‘trash’ fiction and lies in an extravagant category of its own. You may not have read The Spell before because Charlotte wrote it when she was eighteen (1834) and her powers of linking subversive melodrama with social criticism hadn’t yet been fully realised.

Consequently, The Spell doesn’t have quite the same clout that Jane Eyre and Villette do (it’s also not available as an online text, but you can read thoughts on it here). It reads a bit like the eighteen-year-old Charlotte time-travelled to the future, read Jane Eyre without realizing she was its author, then went back to 1834 and wrote a fan-fiction of her future book. When you read it, you start thinking, ‘Oh, brooding rich man with a dark secret? Who mistreats his wife and likes the nanny better? Yes, I have read something like this before’.

However, our time-travelling Charlotte managed to find post-modernism somewhere along the way, so it’s up to the reader to decide whether Byronic hero Zamorna is mad and bad, or simply dangerous to know because he has a secret twin brother. In addition, the tragic wife (Mary Henrietta)/heroic nanny (Mina Laury) divide is less obvious than its equivalent in Jane Eyre: we actually hear from Mary Henrietta (half the book, hurrah!) and Mina never marries Zamorna, but stays as his mistress. Now you have a sense of what The Spell is about, you can join me in planning the screen adaptation – or at least, planning its principal stars.

We need someone who is dark, handsome, and rules a country while trading quips with demons. I give you Buffy’s Xander Harris (Nicholas Brendon [Schultz]), who can crack jokes and lead an army of vampire slayers. The actor also needs to have a twin for occasional stand-in parts – step forward, Kelly Donovan [Schultz]: you’ll show up at vital points to be the mysterious Ernest Wellesley, Duke of Valdacella.

Managing a skewed power relationship with a dynamic man adored by the public is not all joy, as Felicity Jones recently demonstrated in The Invisible Woman. Excellent detective skills are needed to figure out what on earth said dynamic man is doing, even if these skills sometimes land an innocent wife in trouble with her beloved husband. However, as Northanger Abbey’s Catherine Morland might say, sparking a melodramatic contretemps doesn’t mean that your psychological instincts aren’t spot on.

Not all siblings want their little brothers continually pestering them with ‘prying curiosity’. Similarly, mischievous – yet winsome – little brothers don’t like being shut out by their elders. It’s this common relationship dynamic which propels the narration of The Spell, in combination with Charles’s ability to reveal scandal despite all obstacles. Thomas Brodie Sangster’s character in Nanny McPhee has a penchant for disrupting the lives of surrounding adults, while in Love Actually, Sangster leaps through airport security to confess important secrets. To clinch the matter, he’s even flirted with troubled artistic identity (Paul McCartney in Nowhere Boy).

Mina Laury possesses a strong talent for quests and problem solving, which is impressive, considering the plot doesn’t give her much help. Unfortunately, she’s also utterly devoted to a powerful entity (with ensuing emotional confusion). If Doctor Who’s Jenna Coleman can make the antics of Clara Oswald and her hopeless thralldom (halfway) believable, then she can handle Mina.

Opinions on Emily Inez are divided, but they’re generally influenced by her resemblance to Mary Queen of Scots: bright eyes, imposing curls, and pearl jewellery – not to mention enforced seclusion and a devout Catholic faith. So, we need an actor who can embody vulnerable dignity with a dash of Renaissance haughtiness: Sarah Bolger performs that crucial combination of affronted nobility, Catholicism, and killer pearls in The Tudors (though a different branch and generation of royalty, it’s true).

The part of Henry Nicolai requires an actor to produce a series of flippant and well-targeted insults alongside a creative plot of masterful villainy, all in two cameos. Andrew Scott’s Moriarty on Sherlock manifests both capabilities with the necessary satanic flair, along with Nicolai’s knack for bewildering wardrobe choices. Really, it’s obvious.

Nathan Fillion’s stint as Captain Malcolm Reynolds on Firefly showed he can be a compelling commander (albeit American Civil rather than Peninsular War). Like Brontë’s version of the Duke, he’s now (mainly) put his military past behind him to enact a loving father with variedlife experience (Rick Castle of Castle) who can tell a story or two when needed. As an added bonus, his nose has a similar Certain Presence.

Dr. Alford manages to write a journal entry of decisive details while bringing patients through all sorts of supernatural craziness. There’s only one physician I know who can manage that: Gaius from BBC’s Merlin, aka Richard Wilson. The term ‘Charlotte’s Alter-Ego’ for Charles Wellesley is not mere shorthand on my part: Brontë alternates her signature with his in the manuscript of The Spell (to be seen in the British Library), and he features as narrator in many of her juvenile texts. The Spell is part of Brontë’s large body of juvenile ‘Angria’ writings, and so shares characters with High Life in Verdopolis (1834), The Return of Zamorna (1836), and Mina Laury (1838) (to name a few). Brontë’s juvenile texts are not as readily available as her adult novels, but can be found in various anthologies and collections; The Spell and two other novellas, The Secret and Tales of the Islanders, have been published in individual form by Hesperus Press. For more information about Angria and Brontë’s juvenilia, you can start with the works of critic Christine Alexander, and scour the Brontë Studies‘ open access journal archives.

Encountering The Spell reveals a playful, even comic, side to Brontë’s writing which is less dominant in her more well-known books, though these works do, of course, share The Spell’s motif of psychological complexity. This side appears in much of her juvenile work, but of her adult novels, these playful instincts can be seen particularly in Shirley (1849). Here, Brontë, a vicar’s daughter, mocks the ‘abundant shower of curates [which] has fallen upon the north of England’, commenting acerbically that ‘they are young enough to be very active and ought to be doing a great deal of good’. Along with reflective passages about life at eighteen, Shirley also features male sibling relationships, if the Wellesley trio has made you curious about Brontë’s take on fraternal dynamics.

In the spirit of such mischievous writing, I shall finish with a quotation from our Angrian scribe:

The reader will find here no lengthened passage which elaborately sets forth his outrageous peculiarities. [S]he must gather it from the hints interwoven with the whole surface and progress of the story [ . . .] Is the duke of Zamorna sane or insane? This question I leave to [her] decision and in the meantime with acknowledgements for past and prayers for future favours, I remain the public’s obedient servant, C.A.F. Wellesley. 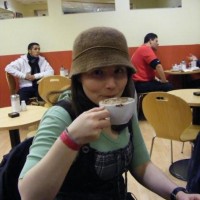 Christine Chettle enjoys Victorian fantasy so much she wrote a PhD thesis about it. She blogs here, flirts with online fairy tale telling here, and can be found on Twitter @cherissonne.