Previously in this series: How To Tell If You’re In a Lesbian Pulp Novel.

You’re a young man from the provinces and you’ve just arrived in Paris to make your fortune. You have big dreams, but no skills to speak of.

Your boyish charm and feminine hips have attracted the attention of a wealthy woman and/or a sinister homosexual criminal who will someday become the chief of police.

Your face is so complicated that it takes three pages to describe.

There’s a woman you’d like to sleep with, so you decide to tell her an off-putting story about murder, castration, or bestiality.

You’re a woman of about thirty years of age who is still beautiful, which is obvious to everyone because you have such shapely oval fingernails.

You’re best friends with another woman of about thirty years of age, one who is slightly less beautiful than you. Your friendship is built on an unshakeable foundation of smiling sweetly, strolling through gardens together, and plotting to destroy one another.

Your house is so complicated that it takes thirty pages to describe.

You frequently attend the opera to gossip about other patrons. You have never actually seen an opera.

You play a lot of whist.

You’re a misunderstood artistic genius with a vision so brilliant and impossible to realize that you’re doomed to both artistic failure and early death. You make sure to fit in a few good monologues about the nature of your craft before you end up destitute and/or dead.

You heard this story from a friend of a friend whose nephew saw it happen while he was in the military.

You live in Paris, that stage with its endless rotation of new actors in old roles. Paris, that monstrous place where everything is possible, good as well as evil. Paris, that realm that welcomes all fortunes, no matter how bloody or shameful. Paris, that illustrious vale of plaster forever on the point of collapse and gutters full of mud. Paris, that oozing pustule on the ass of a rotting fish.

There is scandalous gossip about you. All of it is true.

You’re a shriveled up old maid and you are evil.

You dare not recount the end of this tale, for it is horribly bourgeois.

Gentlemen are always falling prey to the irresistible way in which you arrange your skirts.

You’re surrounded by a vast and complex Society populated with a variety of human archetypes, as different from each other as wolves are from lions or donkeys or crows. People act in accordance with their own interests; society, in the immensity of its agitations, produces as much suffering as it does triumph. Also, there are a hell of a lot of recurring characters and family lineages to keep track of.

You once tried to have sex with a panther.

Once, as a young man from the provinces freshly arrived in Paris, you had some illusions about the world, but now they are lost. 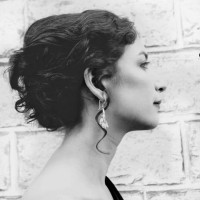 Rachel Tapley lives in Massachusetts, where she teaches and translates French. Some day she’ll finish her dissertation.