The author apologises that these alternate plot lines are almost entirely based on the movie versions of these books, watched feverishly during an 18 hour flight over approx. 16 airplane desserts. The author’s previous work for The Toast can be found here.

After an adolescence of playing Dickon and Colin off of one another (in exchange for pony rides and handmaid gowns, respectively) Mary and Dickon finally undress one another in the quiet of the Secret Garden, days before Dickon is sent to the trenches of World War 1. When Colin finds out (because Colin ALWAYS finds out, he reminds them, in third person) his largest complaint is that the deed was done in HIS mother’s garden, with HIS cousin, and therefore the right was inevitably his.

“Dick on THIS, farm boy” says Colin, who has been saving this particular phrase for some time.

Dickon, obviously, is among the first to heroically perish, astride the only horse ever declared more stoic than War Horse while Colin’s various and non-specific ailments keep him out of the war and alive to comfort Mary throughout. Mary appreciates the gesture and has even let Colin kiss her with his mouth open several times.

Colin will interpret this as sex his entire adult life.

A life of quiet scholarship and a fascination with back lumps has made Colin England’s foremost expert on lumps, and he travels the country lecturing on the topic frequently. Mary mourns, manages her cousin’s estate, and writes. She has been published widely under the nom de plume “P. L. Travers.”

Maggie Smith’s character becomes the first woman to be formally diagnosed with Munchausen by Proxy. Martha finally gets her real estate license.

After Sara Crewe and Becky are whisked back to India by the newly-alive Captain Crewe, the two develop the co-dependent romantic relationship typically born of two girls enslaved in an attic together. Their relationship is somewhat of an open secret in New Delhi, and the subject of much gossip among their household. “Give a fuck,” says Sara, grabbing her own crotch and flicking her cigarette into the sand.

Sara’s heinous wealth, colourful imagination and incredible egotism has quickly made her an unbearable human being. Her “princess” tramp stamp is a source of incredible shame for her father, who is still not quite sure what’s happening or who he is or if the war is indeed over.

Becky struggles to hide her newfound disgust in the girl she once cherished so. Becky is young, but Becky spent her formative years cleaning rat shit out of a third-hand toothbrush, and so Becky knows herself. Becky knows herself well enough to know when Becky is not in love any more.

The Crewes plead with her to stay. Sara, because she cannot bear to lose someone she loves yet again, and Captain Crewe because he is terrified to be left alone with his terrible and confusing daughter.

“I need to find out who I am,” lies Becky, eager to escape these rich white weirdos. “I need to find my parents.” More lies. Becky’s parents are dead and she has never given them a lick of thought until that momentary rush of inspiration. Becky leaves, and, as always with the Crewes, there is a weird moment with a doll.

Becky’s white person clothes and black person everything else immediately makes her a much sought after dinner guest in New York. She becomes a key figure in the Harlem Renaissance, has a brief fling with Nella Larsen and tells people that Passing is so obviously about her.

The fact that he is a horse who has written a book notwithstanding, the problems that affected Black Beauty as a non-book writing horse continue to affect him today. Like every human that loves Beauty, Joe eventually grows sickly and his doctor implores him to move to a warmer clime, France probably, always France, leaving B.B. to live by his own wits yet again. Suspecting now that all doctors have a personal vendetta against him, B.B. begins work on his second book, which famously renounced Victorian medical practices.

“If you find yourself with bad air, violent emotion, irregular bowels or cases of extreme heat and cold,” writes B.B. “perhaps do not leave your entire life behind you. Perhaps do not leave your business, your lands, and your horse as if on a sudden whim. Perhaps take the smallest amount of effort to regain your health. Eat an orange. Wear a scarf. Take practical measures to not ruin your horse’s life.”

There is a sharp decline in horse-owning Victorians suddenly moving to France. Infant mortality soars. The human population, within two decades, begins to fall.

Within one hundred years, talking horses are the dominant class. They own large estates, and when they move to France, ensure their pets are cared for. The general consensus is that it is a better world. 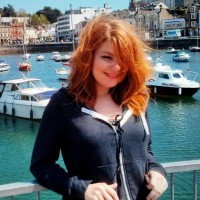