This novel is for John, without whom I would still be writing fantastical accounts of beasts, magick, and women allowed to smoke in public.

This novel is for Friederich, who had access to a reputable publisher for male writers and, with the pomp of his cravat, saved my precious manuscript from becoming a worthless serial, installing it to proper jacketed status with a mostly self-explanatory title.

To dear Roderick: you knew that vampiric fiction would never sell.

To Gideon, who convinced me that the class system made for a better villain than a one-legged highway bandit in this novel about the human condition.

For Gilbert, who always knew that I was better than the tight plotting required of a successful Gothic novel, and could instead be persuaded to fictionalize my life into an easily digestible tome for women readers.

For Fred: I followed your advice to write what I know, and that turned out to be mostly just stuff about sitting in the parlour, waiting for something to happen.

To David, who assured me I could be a woman and a writer both at once with his demonstrable ability to help edit my unstructured narrative and bed me at the same time in his bohemian boarding house.

I dedicate this novel to Jeremy, who intimately understands my family as drawn in the pages of my novel, but chooses to keep us at a remove from those country souls in our Manhattan townhouse.

For St. John; you were right that no one would realize it was me if I just gave the character a different name, made her a brunette, and located her 80 miles farther north in the countryside.

To William, who knew the commerce of book publishing better than I, and assured me that the world was not ready for a female Dickens, the result of which is this pretty book of relatable prose.

To my happy mentor Robert, who is also my husband, for convincing me that the contents of my life could certainly fill one book, if not so certainly two.

To Thomas, who toned down the salacious romanticism in my story, “The Innkeeper’s Mattress Flipper,” elevating juvenalia to literature.

For Yorick, who suggested I use a male pen name and widen my repertoire of imagery about decolletage.

This book is dedicated to Henry, who let me build my confidence drafting all of his plays that I might one day pen a limerick in my own name, sifting the soft contents of my bosom as gently as scone batter as I wrote from the heart.

To Paul, benefactor and convenient neighbor, who helped put the pages of my manuscript back in order after they blew into the duck pond during one of my bouts of hysteria over the hairstyles of the day.

Without Humphrey, I should not have known the first thing about India or the spice trades. These things are referred to obliquely in my novel about domesticity and the fine arts, which undoubtedly adds some verisimilitude.

My precious Percival, who thought one onery matriarch was enough for one novel, and suggested appending “From Bath to Scone a Lady Born” with “A Novel.”

To Gerald, who wisely counseled to resolve all narrative dilemmas with a fevered dream sequence.

Dear Tottingham, for figuring out how to get the special book number for the index page so that this would be a real book. 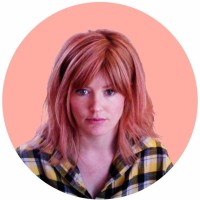 Janet Manley is a New York-based writer who doesn't feel the least conflicted about where she is from, because that place has jaffles. She co-produces @backfatvariety comedy in Brooklyn and tweets @janetmanley.

Add a comment
2035028 Comments on I Dedicate This Novel to the Man Who Convinced Me to Stop Writing Silly Genre Fiction and Crank out a Thinly Veiled Memoirhttps%3A%2F%2Fthe-toast.net%2F2015%2F02%2F23%2Ffor-the-man-who-convinced-stop-writing-silly-genre-fiction%2FI+Dedicate+This+Novel+to+the+Man+Who+Convinced+Me+to+Stop+Writing+Silly+Genre+Fiction+and+Crank+out+a+Thinly+Veiled+Memoir2015-02-23+16%3A00%3A53Janet+Manleyhttp%3A%2F%2Fthe-toast.net%2F%3Fp%3D20350