The Quiet After the Ottawa Shooting

The first time I went to Parliament, I was nine, a moon-faced, chubby tourist in a little purple wheelchair. I don’t remember much about that tour, except in flashes: my awe at its baroque grandeur. The theatricality of the whole thing, with the historical characters in costume and rehearsed tours. My dad yelling at security when they wouldn’t let him push my chair up the stairs, for fear it would get the carpets dirty. My kid’s a citizen of this country, he said, probably with more profanity than that. She belongs here.

My love affair with the Hill began that day. I knew somehow that I would be back to work there, but even while I was in Ottawa as a student, I’d go by on the bus and smile just to see it.

I finally came back this summer as a journalist, in which capacity I had many more occasions to interact with security. Having no sense of direction, I would often get lost on the way to question period, and they wanted to check my credentials. I would assure them that yes, I did belong there, and yes, I was allowed to sit in scrums. Once we established that, they were uniformly kind to me. Eventually, I came to regard them with the same sort of amused tolerance senior journalists gave to me as an intern. Most of them were earnest kids who just wanted to do well. They made me feel old—I swear some of them look about twelve.

I think of them running through the foyer, looking for bullets, and even weeks after the shooting my heart clenches.

The day of the shooting, I missed the whole thing.

As a journalist, there is no more upsetting admission than that. I was doing the job that pays my bills, helping students at the journalism school. As you can imagine, I wasn’t very busy that day, so I had lots of time to refresh Twitter. Over and over again.

Twitter was chaos. There was one shooter, then two, then an unknown number, then back to one. There were lockdowns in place all over downtown, then there weren’t, then the lockdowns were ‘reinstated’ after we thought everything was over. At one point there was supposed to be a shooter at the expensive mall near the Hill, and people panicked.

Other people had different reasons to panic. In the midst of the confusion, I got a phone call from a stressed student wanting to know if her midterm was still on.

I had no idea. I suggested she try emailing her professor, or someone else who might have a clue what was going on. I certainly didn’t; my world no longer made sense.

I hope I managed to be polite. Inside, I was unfairly enraged. How dare you care about this, I thought, when my friends are on lockdown and some maniac is shooting up my favourite place in the world and at least one person is dead? How dare your life go on?

You’ll be relieved to know the midterm was cancelled.

In the weeks after, Canada grieved. We here in Ottawa were especially sombre, but people made much of our quiet. Peter Mansbridge, our broadcaster-in-chief, received international attention for his calm coverage of the event. Our Members of Parliament went back to work the next day, and our leaders hugged it out in the House of Commons, an area not known for its hugs. Mostly, it was business as usual.

For a lot of people, that didn’t make sense. Compared to some of the displays of grief from elsewhere in the country, we seemed downright subdued. People told me they thought it was weird, and it didn’t seem like anyone cared.

I was not impressed. I care, I said. Someone had come into my chosen home, assaulted my favourite workplace, and threatened our democracy. Just because I didn’t cry or tweet about the shooting, didn’t mean I didn’t care.

But I think those people fundamentally misunderstand Ottawa.

A friend of mine once said that Ottawa is more of a collection of things than a city. I was offended and chalked it up to the Torontonian conviction that the rest of Canada isn’t quite real, but I never got what she meant until I moved to Toronto for a while myself. Toronto is a loud, colourful, boisterous grid with distinct neighbourhoods, a sprawling monolith where everyone gives directions by major intersection.

Ottawa doesn’t work like that. In Ottawa you navigate by landmarks, most of them cultural, like museums or libraries. In many ways it’s like living in a postcard, especially in late October when the fall colours are so vivid your heart breaks and you can’t hold back a gasp to see it.

Ottawa gets a bad rap from a lot of people. It’s boring and unfashionable, the city fun forgot. There is some truth to this: I’ll never forget, for example, sitting on a patio overlooking Sparks St, supposedly a vibrant pedestrian mall, and feeling like we were the only people in the world since we saw virtually no one the whole time we were there.

That quiet was on display when I went downtown for the Remembrance Day Ceremony at the National War Memorial, where Cpl. Nathan Cirillo died. Remembrance Day is always an event in Ottawa, but this year it was special, and more fraught with significance than ever. I wouldn’t be surprised if it were the most well-attended ceremony yet. I didn’t get anywhere near the actual memorial. People were lining up near it as early as 8:00 in the morning, the bus driver said. I got to near the end of Sparks St. before the crowd became too much. Noticing my wheelchair, people tried to move aside so I could see, but there were enough of us that their kindness made little difference.

Since I couldn’t see the ceremony, I watched the crowd. There were so many of us: a bespectacled veteran in a blue beret, chest emblazoned with medals and poppies. Students taking pictures on their phones. Men in pinstriped suits. Parents holding babies. A young man in Angry Birds sweatpants. We were all virtually silent, except for one toddler’s happy babble. Even when we were not technically supposed to be silent, we were tentative, our applause a soft smattering like rain, our national anthem barely more than murmured, like we didn’t want to ruin the gravity of the moment.

People murmured sorry to one another as we passed. People say Canadians are naturally apologetic, but it’s really just that sorry means so many things in our dialect. Today sorry meant I see you. I am here. We are here together and we will remember.

I’ve joked that you can tell the tourists from the people who work at Parliament not by how they dress but by how they walk. Bureaucrats, members of parliament, staff, and journalists walk quickly and with purpose. No one gets in their way. Tourists stop, sometimes in the middle of the road. They wander and take pictures of all the landmarks. They look at where they are, and you can tell by their excited whispers and glances that they can’t believe how fortunate they are just to be here.

Today, and every day since the shooting, I’ve looked. 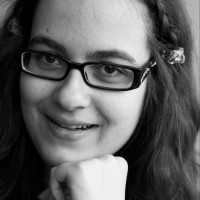 Sarah Trick was raised by New Age hippies in a conservative lumber town in western Canada. She lives and writes in Ottawa, where the people are more placid and the trees more colourful.