I had chickenpox when I was 5. At the time, I was going through a bit of a puckish phase. My parents indulged in my demands to only wear dresses. I have a vivid memory of itching my shins until blood appeared between the tiny pink hearts on the previously white tights. My sister wouldn’t get chickenpox until a few years later, on our family’s first trip to Disney World. We spent our time quarantined in the hotel room, where sympathetic staff gave us coloring books and stuffed Mickey Mouse dolls to appease our bored selves.

We both lived, of course, as most kids do, but if I had the choice I’d have skipped the terrifying oatmeal baths and reclaimed my stolen hours with Mickey Mouse. Fortunately, families now have that option and can receive the chickenpox (varicella zoster virus) vaccine.

I scream, you scream, we all scream for infectious diseases

Most human infectious diseases are caused by either bacteria or viruses. By definition, microbes are MICRO, as in tiny, as in only able to be seen by a microscope. In the context of human health and disease, the term “microbe” is often used loosely to describe bacteria, viruses (which are even smaller than bacteria and for most of history could NOT be seen by microscopes), fungi and protozoa.

Comparatively, bacteria and viruses are the Coke and Pepsi of the human disease market; they have massive global reach and dominate the market. Together, they include almost every infectious disease you know by name, ranging from the seasonal flu caused by the influenza virus to the plague caused by the bacteria Yersinia pestis.

There are relatively few examples of protozoan infections in humans in the developed world. Malaria (caused by Plasmodium falciparum) is the most recognizable example. Although there are treatments, there remain no commercial vaccines to prevent fungal or parasitic infections.

To understand the rationale for vaccine design, imagine the diseases we want to be protected from are like bad breakups. Normally, you only learn about the pain of a breakup by firsthand experience, but through that experience you can learn to recognize the warning signs to protect yourself the next time. When one of these red flags appears a second time, you know to put up your defenses before you can be hurt again. This is exactly what happens with your immune system when you get sick. Your body recognizes that it sucks to feel sick and makes a point to remember the red flags about the offending microbe. Then your body can recognize the warning signs the next time and put up immune defenses before you can be made sick again. Vaccines, then, are your best friends that teach you the red flags of dating to prevent you from having to experience a miserable breakup.

Vaccines come in a few different varieties. One very common vaccine formulation is comprised of either weakened or dead bacteria or viruses in their entirety. This would be like a friend sending you a notorious cheater’s photo, or running into Notorious Cheater drunk at a party – weakened but enough to know they’re trouble. The current MMR (measles, mumps, rubella) vaccine works by this principle and is made up of 3 weakened (attenuated) viruses and the typhoid vaccine is made up of dead Salmonella Typhi bacteria.

The other common way to make vaccines involves only showing your immune system tiny signature bits of a microbe (like sugars or proteins) that are distinct enough on their own to allow recognition when the whole microbe is encountered. This is like learning to steer clear of hotties at the bar if you spot telltale signs like Bluetooth earpieces or socks with sandals – just no. The Neisseria meningitidis vaccine helps protect you from bacterial meningitis much in this same way by using only a few key, signature sugars. In either of these common vaccine strategies, we call the microbial warning signs antigens, named because they are the bits that allow antibody generation.

No pain, no gain

Importantly, our bodies sometimes won’t listen or interpret these as warning signals on their own. This is actually a good thing, because we don’t want overzealous immune systems freaking out over every little thing (think of allergies as an example of the immune system over/reacting to otherwise benign things).

So, the other essential component for a vaccine is an adjuvant, the component that coerces the immune system into doing its job. Instead of the body simply cleaning up and clearing away the vaccine after administration, adjuvant tricks sentinel cells into thinking there is an active infection. Remember that if you were actively infected (i.e., sick, or on a bad date), the immune system would try to not only eliminate the infection but also remember what it looks and feels like in order to avoid being made sick again.

Adjuvants can be derived from microbes themselves, like inactivated whooping cough pertussis toxin, called a toxoid, or certain chemicals that alter the antigen or are otherwise recognized by the immune system as being icky. In some cases, like the pertussis toxoid or whole microbe vaccines, one component can do both jobs at once.

One annoying, but unavoidable, side product of adjuvant working therefore, is that they tend to make the vaccine hurt! No pain, no gain. The “gain” here is the immune system making antibodies against the microbe. Antibodies are the molecules that swoop in upon reinfection and clear the microbes before you can be made sick. Yay!

Most vaccine programs are designed to include everyone in a community. This is important because once a threshold number of people are vaccinated; infants, elderly, and others who are medically unable to receive vaccines can usually be protected without the shot. Okay, but how?

Let’s picture the disease we are protecting from is rain and vaccination is your umbrella. When there is a threat of rain, we all open our umbrellas and don’t get wet. Some people will find out that even though they were given an umbrella, it has a wonky arm and doesn’t work properly. Doctors and epidemiologists know that for any umbrella distribution program a certain percent of people will get wet even though they have been umbrella-d.

This is inherent to all vaccines, as no vaccine is 100% efficacious or 100% effective. These terms are quite similar; but efficacy is determined by controlled, defined experiments and effectiveness is determined by real world outcomes. Durability refers to how well a vaccine protects over a long period. If the umbrella is not durable, some people will have an umbrella when they are young but break or misplace it without knowing during their lifetime. For some vaccines, we know that protection only lasts a few years; so, we receive new umbrellas, or booster shots, throughout our lifetime to stay better protected.

Vaccination is a team sport

Because of herd immunity, if a threshold of people has working umbrellas, those with broken or lost umbrellas or babies and olds who can’t even hold umbrellas can huddle in and stay dry. Now, I don’t care to think of myself as a mindless sheep in a herd, so let’s call this phenomenon community immunity. Every individual in the community contributes to the health and happiness of everyone else in the community.

You can see by the umbrella example how important it is for the majority of people to carry umbrellas/be vaccinated. As vaccination rates drop in certain communities, in addition to the broken umbrellas, people are opting out of carrying umbrellas at all. More holes in the umbrella force field = more places that rain or disease can sneak in. This leaves the unvaccinated person and every person they come into contact with (vaccinated or not) at a higher risk of infection.

Folks, there is a reason these diseases are called INFECTIOUS and once a disease catches hold of a community, large outbreaks of elderly, infants, immuno-compromised, and non-vaccinated become ill very rapidly.

Real example: The CDC is reporting that already the first seven months of 2014 have seen more than double the number of cases of measles in the U.S. than were reported annually for any of the last 10 years. About 1 in 500 affected children will die from the infection, and up to 1 in 3 will suffer a complication like pneumonia or seizures due to encephalitis, or inflammation of the brain. This is serious stuff! It’s important to vaccinate against infectious diseases, even if the threat seems low.

I’m not here to preach the Gospel of Vaccination, though you can probably guess where I stand on the issue. I have purposely not addressed the rumors spread about vaccination, and instead I refer you to the CDC and PHAC for their excellent discussions of these common misconceptions.

But millions of kids do, needlessly, since a safe alternative can be found in vaccination. Moreover, this safe alternative does more than just ensure uninterrupted hugs with Mickey Mouse; it also helps protect other members of the community who cannot be vaccinated themselves. Here, I’ve introduced you to the microbial causes of some infectious diseases, to the basic immunology that underpins vaccines, and to the public health implications of community vaccination. Of course, I’ve only just scratched the surface of the science of vaccines and I encourage you to talk to your primary care provider (or neighborhood microbiologist!) to learn more. 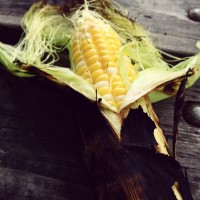 Carolyn received her PhD in biomedical science in the buckeye state. She currently resides in the great white north where she studies bacteria and vaccines as a postdoctoral fellow at the University of Toronto.