Gal Science: What Is Female Brain?

Ladies, we are the weaker sex. At least that’s the message we’re getting from corporate America: we have tiny lady hands requiring special lady pens, dainty lady ears needing special lady earplugs, and fun-size appetites calling out for special lady candy bars. And did you know that we have little lady brains to match? They’re 10% smaller than a male brain. As Ron Burgundy declared: It’s science.

Every once in awhile, a clueless politician, lazy journalist, or well-intentioned Harvard University president mentions the difference between male and female brains as “scientific proof” of some sexist stereotype. Larry Summers asserted that lady brains are why women don’t go into science and math fields. News headlines declare that “WOMEN/MEN ARE HARDWIRED FOR X,” where x is a stereotype: women are hardwired for empathy, while men are hardwired to chase 20-something women! And as a backlash to the sexism, there’s always then a group of people who deny those differences in service of the idea that the sexes are equal.

The truth lies somewhere in the middle. There are real differences between male and female brains, but those differences don’t have any inherent meaning. Take brain size, for instance – though it is true that male brains are bigger, that doesn’t mean they’re better. If that were true, we’d be submitting to our elephant and whale overlords. It’s not that absolute size of the brain that matters – it’s how big a brain is relative to the body it’s in. Human brains are much bigger relative to our bodies than most others animals’, and that’s thought to be the reason we have language, fire, and the internet. Relative brain size also explains why the male brain tends to be bigger than the female brain: male bodies are, on average, 15% bigger, so it makes sense that male brains are also larger.

Size is not the only difference between male and female brains. Studies have found that the brain’s structure differs by sex. Again, science, but that doesn’t stop people from making up a meaning. Recently, a study found female brains have more activity across the two hemispheres of the brain, while male brains generally have more activity within a single hemisphere. Those results gave way to some shady speculation: that men are hardwired for map reading while women are hardwired for multi-tasking. That interpretation of the data was widely criticized as unwarranted; many scientists believe that female brains have more cross-hemisphere communication due to its size, not because it’s housed inside a woman. Plus, it’s difficult if not impossible to determine whether brain function is responsible for improving skills as specific as map reading.

Another study found sex differences in brain tissue. Female brains have higher proportions of white matter, while male brains had higher proportions of grey matter. (Grey matter is the meat of the brain, where information is processed; white matter is the fatty tissue that allows for quicker communication between grey matter areas). Again, this was used as fodder to support stereotypes: one of the study’s authors speculated this could be why men are good at “local processing” tasks like math, whereas women are good at tasks that involve lots of parts of the brain, like language. However, this is another difference where sex may not be the primary difference; studies have found that overall brain size or individual differences play more of a role than sex.

Scientists’ sexist speculations – like those from the study author above – have led scientists to call out “neurosexism”: misinterpretations of data that support gender roles and stereotypes, even when the science isn’t sound. Scientists may have a sworn dedication to objectivity, but that doesn’t magically grant them objectivity. Science doesn’t happen in a vacuum, and like any other person, scientists are just as capable of buying into traditional gender roles, falling prey to biases, or harboring sexist beliefs. (For an example of how old school the ivory tower can be, consider that the experiences and brains of trans people are rarely included in these discussions of sex differences and gender stereotypes.)

While “hardwired” brain differences would be a convenient explanation for gender stereotypes, they’re not necessarily accurate. At birth, there are few differences between male and female brains. As those tiny brains live their lives and grow into adult brains, differences occur over time. Raw genetics do play a role – for instance, they’re responsible for releasing hormones, especially during puberty (thanks for my awkward years, genes!) – but scientists have long known that experiences can alter the structure and function of a brain. If you’re encouraged to play sports, your hand-eye coordination will improve; the cerebellum, used for motor control, is larger in basketball players and musicians. If you’re expected to navigate, you’ll have better map reading skills and sense of direction; the hippocampus, used for navigation and spatial awareness, is larger in London cab and bus drivers. If you’re encouraged to be aware of other people’s needs and feelings, you’re going to get better at reading people; people who were trained to be more compassionate showed changes in areas of the brain used for empathy and understanding others. It’s not about biological sex; it’s about practice.

Experience also plays a big role in how children learn to talk. We know that infants who hear more language from parents are quicker to reach language milestones, like saying their first word. And it’s also no secret that we treat girls and boys differently: a recent study found that parents speak to daughters more than to sons. Put those two facts together and it shouldn’t be surprising that girl toddlers often begin talking before boy toddlers. Still, many point to girls’ precocious language skills as evidence that girls are “hardwired” to be social. Language is just one area in which gendered treatment affects brain growth and development; imagine how a lifetime of differences in how boys and girls are treated could add up to change a brain’s trajectory!

Even if sex differences are actually “hardwired,” there’s no reason to expect those differences to persist into adulthood. For instance, some studies have found that young girls “naturally” prefer playing with dolls while boys prefer trucks. Scientists think hormones play a big role in these preferences – girls with atypically high levels of testosterone prefer trucks. Studies like this are often used as a justification for why fewer women go into science and math fields in college. It’s biological – ladies just aren’t naturally interested in all that science stuff! But the preferences kids start out with aren’t usually the ones they have for life. Think about all the stuff you liked as a kid that you don’t care for anymore. (On my list: spray cheese, bologna, and Polly Pockets.) We should be encouraging kids to try new things, regardless of their “natural” preferences.

So even if ladies do tend to have little brains with more white matter and cross-hemispheric activity, that doesn’t mean we’re doomed to a life of shying away from math and multi-tasking. Biology is not destiny, and brain differences are a poor excuse for sexist tropes. 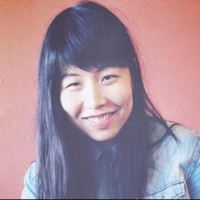 Jane C. Hu is a freelance writer based in Seattle. Her work has appeared in Slate, Pacific Standard, and Nautilus. Besides science, she loves mountains, bourbon, blood oranges, and updog.