How To Tell If You Are In A Logic Puzzle

Your father, the king, wishes to leave you and each of your siblings an identical but oddly-shaped parcel of land.

Your smartass academic grandfather cannot go ten minutes without giving you a life lesson in the form of a riddle. He corrects your childish outbursts didactically, but with kindness. You go by a diminutive of your name, Timmy or Betty or some other WASPy thing that was popular in the mid-20th century.

It is customary in your town to greet a new acquaintance by guessing the ages of his or her siblings.

You are at once amused and bewildered by your collection of matchsticks.

You live in either feudal Europe or Industrial Revolution-era London, but are not quite sure which.

You are at a dinner party with your spouse and two or more other heteronormative married couples. Your last names (both members of each couple have the same last name, of course) each begin with different, consecutive letters of the alphabet, starting with A.

You have a common if somewhat old-fashioned Anglo-Saxon first name and a reductive, slightly insulting alliterative nickname, such as Wasteful Wendy or Lazy Leonard.

You never experience delays in transit. After leaving your starting point, you travel at a consistent speed until you reach your destination.

Everybody you know has an occupation that can be described in one word. Baker. Teacher. Farmer. Prince.

You are a compulsive liar. You can’t help it; everyone in your family is one too, as is everyone in your town, and indeed, your entire nation. You border a nation where everybody tells the truth.

You were born on February 29th. That’s the trick.

You are traveling on foot with three uncaged animals of different species. Your presence is the only thing keeping them from killing each other.

You are at a dinner party with your spouse and three or more other heteronormative married couples. The table is just the right size for all of you. Nobody’s spouse is in his or her line of sight, and everyone likes it that way.

Just because you and your friends are bank robbers doesn’t mean you won’t go to elaborate lengths to ensure that everybody gets their fair share of stolen money.

You listen from the next room as your smartass academic grandfather patiently explains Roman numerals on a clock face to your younger sister (who will be half your age next year and two-thirds your age six years after that). A wave of sadness passes over you at the sudden realization that he will not be alive to share his wisdom with your children. Who ever heard of a smartass academic great-grandfather?

You flatly refuse to pass through any room more than once. This does not interfere with your work as a housekeeper or security guard.

You are a compulsive liar, but this has not stopped you from making friends with someone who never lies. You met at your job, where you are both customer service representatives at the entrance to your local archaeological wonder/mystery spot. People are always asking one of you how the other feels about things. It’s ridiculous, you think, like, what are you asking me for?

When building livestock pens, you arrange your animals first and then put up fences around them. No other method has ever occurred to you.

You are at a dinner party with your spouse and four or more heteronormative married couples. It transpires that you all have different types of pets, or different numbers of children, or you all went to different places on vacation last year. Possibly all three. You discuss this coincidence entirely in circumlocutions. It’s exhausting, frankly. Why can’t you just lay it all out?

You are a compulsive liar, and you live among truth-tellers and other compulsive liars. Visitors seem to trust the truth-tellers more, which has always struck you as odd, as talking to a liar generally reveals just as much as, and often more than, talking to a truth-teller. What does it even mean to say that you are a liar? If you lie literally all the time, couldn’t it be said that you and your people are just speaking a different language? You agree that cultural relativism is a thorny subject, but would argue that, given your nation’s lately increased visibility in the dominant social narrative, the incidence of misunderstandings is at an all-time low, which means you’re not really hurting anyone and anyway it’s not your fault you were raised only to lie. 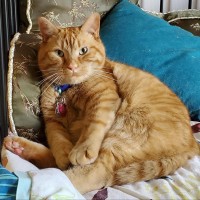 Diana Walter is beautiful and terrible as the storm raging in the eye of Jupiter, and can be found jamming with the rest of Toastie Twitter @logicbutton.