on April 1, 2015 in Disrupting Domesticity

Since Kelly moved in, I’ve taken three flights that did not include him. One to say good-bye to my dying grandmother, one to Austin for SXSW, and one back home to Indiana to celebrate the love of two people I adore. Each time, Kelly helped me pack, or made me breakfast before I left, or even made the trek to the airport to see me off. I try not to take these small kindnesses for granted. After he kisses me good-bye, he always looks me in the eye and says, “You’re good. I love you,” and I try to take that in and tuck it away somewhere safe. It helps me.

Only after I’m far away from the safety of his presence do I realize how much of a safe encouraging little world Kelly and I have created for one another in just three months. I mean, we’re not the freak-hermit couple that never leaves the house. We’re often out and about with friends. We’re also not the couple that only hangs out in public as a couple. About a third of the time, he’s meeting up with a friend without me, and I’m meeting up with someone without him. We’re not in a one of those relationship bubbles that end on an episode of “Snapped.” But there is something there, some intangible line of emotional support that runs from wherever he is to wherever I am, and back again.

When I leave, that line feels strained. Everything Kelly and I have talked about that empowers me, liberates me, or makes me feel infinitely loved is suddenly much harder to tap into. It’s as if the change in geography incites an emotional regression. It’s not loneliness that creeps up on me, but doubt. When I flew to Austin to be on a panel for Real Simple Magazine, I spent most of the time in my hotel room, ordering room service, and watching HGTV. It was definitely relaxing, but it was also a symptom of my sudden belief that everyone “out there” was cooler than me, smarter than me, and actually knew what they were doing. In that moment, my own confidence and love of self wasn’t enough. I needed reinforcement, and unfortunately, I’d lost touch with the line.

Something similar happens when I visit home. Kelly is my buffer. In the midst of my family’s playful barbs (which I’ve always been a little too sensitive to stand), he is there, shaking his head along with me, noticing my forced smile, and mouthing, I love you. When he’s not there, I attempt to picture his mouth molding into the shapes that form the supportive “I love you,” and it doesn’t have the same calming effect. My therapist says this is because no matter how deeply supported I may feel, what is true for myself and lots of other people, is that there is nothing quite like being in an emotionally tough moment when someone you love squeezes your hand. I think she meant it to be a good or sweet thing, but honestly, I never wanted to be this person again.

My independent streak runs long and steady, with a few slight bumps. Being this affected by someone else’s touch or presence is nerve-wracking. I’ve been here before with someone who toyed with the fact that he could influence my emotions. He would make me cry because he wanted to see if he still could, or withhold physical affection for arbitrary reasons, just to see what it did to me or how desperate I would become to figure out what I’d done wrong. I don’t believe Kelly would do those things, but I’ve put myself in the right position to find out, haven’t I? Technically, it’s what I signed up for. But the fear is real. Kelly will only become even more ingrained in my life, and if things don’t turn out the way we hope they will, this is all going to come crashing down on my head, isn’t it?

That’s one way to think about it, I suppose. Each time I get on another plane without him, I’m reminded that this could all go away. All the work we’ve done to be more vulnerable, be more patient, and love this person the way they need to be loved, it could all be for nothing. But is it really for nothing? Is getting over your fear of allowing someone to really see you and really affect you ever for nothing? Being with Kelly in our home means reading silently in our living room until he has a thought he wants to discuss, or I need a minute to sit on his lap and stare out the window. It means brazen nudity, even on the days when I can’t stop listing everything I think is wrong with my body. It means cooking together, shopping together, and plotting our next adventure. It means feeling, for the first time, I have a real safety net, and somehow, there are no strings attached. I don’t want to push him away because of what might fall out of the sky.

Two weekends ago, I took a yoga class with my friend Jennifer Pastiloff. Between poses, she shared this quote from Freud: “How bold one gets when one is sure of being loved.” As worried and self-critical as I become as soon as my plane lands too many miles from Kelly, I have to remember it’s the little world we created that got me here. I have always been brave, and I have always been willful, but knowing he and I are partners makes me bold. I’ve never said yes to myself more. I’ve never said yes to adventures more. That’s what love—his love—has done for me. That doesn’t mean I’m not afraid. That fear with always probably be somewhere toiling around inside me.

I’ve decided that fear is welcome to a seat on the plane, but the cockpit is off limits. 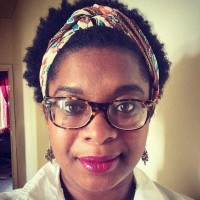