Some Women’s History Sites That Need Your Love

The Pro Football Hall of Fame and the First Ladies National Historic Site are both located in Canton, Ohio. Can you guess which one is 118,000 square feet of million-dollar interactive razzle-dazzle, and which one…isn’t? In researching my book, 100 Places in the USA Every Woman Should Go, I visited many sites focused on women’s history. And while they were all fascinating and worthwhile, some of them were also—it must be said—kind of rinky-dink. So many amazing women; so many fascinating stories; so many underfunded, underappreciated sites that could be so much more. But local governments are sensitive to tourist dollars, so if we start showing up to see the places that tell our stories, more money and more attention will follow. Let’s show these places some love.

Seneca Falls is the birthplace of women’s suffrage and home to the Women’s Rights National Historic Park, so it’s a perfect place for the National Women’s Hall of Fame. While a capital campaign is currently underway to convert a historic knitting mill into the Center for Great Women, which will include the hall of fame, currently, the stories of 259 (as of early 2015) great women—from Sojourner Truth to Lilly Ledbetter—are crammed into a former bank building.

I read as many of the photo-and-bio-in-a-cheap-frame plaques as my attention span could handle, and learned many things I didn’t know – that the Apgar score was developed by Virginia Apgar, and that Nettie Stevens discovered that men and women have different chromosomes. But I grew cross-eyed after reading just a fraction of the plaques. A new site, some artifacts, and more focused exhibits will make the experience more engaging.

“I know what’s best for the president,” First Lady Florence Harding once said. “I put him in the White House. He does well when he listens to me and poorly when he does not.”

The First Ladies National Historic Site is in the Saxton-McKinley house, home to First Lady Ida Saxton McKinley and her husband. A costumed docent leads you on a requisite but interesting tour of the house before cutting you loose in the third-floor ballroom to view the portraits and bios of our 46-and-counting First Ladies, in addition to a few artifacts. (Fun fact: Much of the exhibit is from the collection of Craig Schermer, a prominent collector of First Lady memorabilia, who also portrays several of the First Ladies in one-man educational shows.) Temporary exhibits in the nearby research library are also fun; wish they were permanent.

National Museum of Women in the Arts, Washington, DC

The museums of Washington, DC were crowded and chaotic during my June visit—except for the National Museum of Women in the Arts, which was all but empty.

The museum is in a lovely circa-1900 building, a former Masonic temple. Its 4,000-object collection reflects women’s work from around the world and over the centuries. Only a fraction of the collection is on display, but I had a lot of forehead-slapping moments here, like seeing portraits painted by women in the 16th and 17th centuries—so rare in many art museums, I was idiotically surprised to find that so many existed. And learning that women didn’t make a splash in the star-making artistic salons of the 19th century because women were prohibited from studying and painting the nude figure, and the fashion in art at that time was pretty fleshy. I also had no idea that actress Sarah Bernhardt was also a sculptor. I learned so much; this museum is well worth a visit if you are planning a trip to DC.

In November 1776, Margaret Corbin stood by her husband, a gunner, in the Revolutionary War. When he was killed, she stepped up to his cannon, eventually becoming the first woman to receive a pension from the U.S. government for military service.

In 1997, more than 200 years and 40,000+ uniformed servicewomen later, the Women in Military Service for America Memorial was dedicated. It was authorized by Congress, but apart from some federal grants, this memorial was built almost entirely with private donations.

The building in Arlington National Cemetery includes a rooftop walkway decorated with quotes such as, “The qualities that are most important in all military jobs—things like integrity, moral courage, and determination—have nothing to do with gender” (Rhonda Cornum, Major, U.S. Army Medical Corps, Operation Desert Storm). The orientation film shown on-site is fascinating, and I spent a lot of time during my visit planted on a small, hard bench in front of a TV-sized video screen watching a documentary about nurses in Vietnam. The memorial has also begun compiling a registry of women who have served, women we still haven’t heard enough about.

The Red Onion Saloon was a real brothel during the Gold Rush. It had 10 “cribs” upstairs, and 10 dolls behind the bar representing the women on the job. If the doll was laid on her back, it meant that woman was with another client.

Today, the Red Onion Brothel Museum is essentially a kitschy stop for cruise ship passengers, who tour the building and listen to stories recited by young women dressed in “madam” costumes. I learned a great deal by picking up a copy of Good Time Girls of the Alaska-Yukon Gold Rush: Secret History of the Far North. The women who followed the men north were adventurers and explorers and entrepreneurs, too — these were no rag dolls. While some met sad endings, others went on to run boarding houses and hotels and other businesses, and some became quite well-to-do. I wish the museum had told me more about what all of these women were really like.

I don’t like the name — which is pronounced “a she-ville museum,” and looks like a typo — but this new museum, which opened in July 2014, houses one of the greatest exhibits ever: “A History of Hysteria,” which includes vibrators throughout the ages.

“100 Years of Sexism in Advertising” is also fun, but could benefit from a little context and interpretation; when I was there, it was pretty bare-bones. Temporary exhibits included women of Appalachia, refugees in Mesopotamia, photos by photojournalist Ami Vitale, and an exhibit on quilting. In other words, there’s a lot going on in a small museum. It has a great deal of potential.

Every one of these sites is worthy of visiting. And there are many other sites out there that are even better than you might expect, including the glitzy Cowgirl Hall of Fame and Museum in Fort Worth, Texas; the Pioneer Woman Museum in Ponca City, Oklahoma, which is newly expanded; Ninety Nines Museum of Women Pilots in Oklahome City, which is small and homespun but packed with fascinating stories and artifacts; and the National World War I Museum and Memorial in Kansas City, which includes lots about women’s war experiences. If we visit and tell others about these existing museums and historic sites, maybe they will eventually build more. There are so many more stories of fascinating and brilliant women yet to be told. 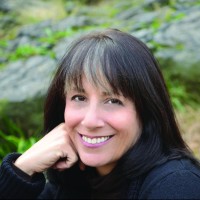