“Mad, conceited, learned beyond their sex”: Female Philosophers of the Early Modern Era

Here’s a list of seventeenth century philosophers: Descartes, Locke, Spinoza, Leibniz, Hobbes. They’re well-known names, and not just in philosophy faculties. A lot of people know quotes from one or two of them — “Cogito, ergo sum” from Descartes, or “The life of man [is] solitary, poor, nasty, brutish and short” from Hobbes. If you’re an academic philosopher, you’ll be expected to know a little about all of them, even if you’re not a historian of philosophy.

Here’s another list of seventeenth century philosophers: Margaret Cavendish, Anne Conway, Elisabeth of Bohemia, Mary Astell, Damaris Masham, Catherine Cockburn, Bathsua Makin. You can take a philosophy degree, including Early Modern philosophy, and not come across a single one of these women. The only name likely to ring any bells for an undergraduate philosopher is Elisabeth of Bohemia, and only because of her role in responding to Descartes’ philosophy.

I read philosophy at Oxford and was unaware of these women until my final year. During revision I stumbled across a paper about Early Modern women philosophers. I was astonished. These women did philosophy! They corresponded with and influenced well-known philosophers! And yet I could easily have missed the fact of their existence.

Anne Conway and Margaret Cavendish were both English aristocrats who lived at the same time, engaged in philosophy, and defied social and philosophical convention. Conway became a Quaker at a time when Quakers were persecuted, to the shock of her friends and family. She also brought Jewish mysticism in the form of the Lurianic Kabbalah into her philosophy. Cavendish was no less extraordinary. She wrote one of the first science fiction novels. While Conway was private and reclusive, Cavendish sought fame openly and ardently. Conway was at the center of an intellectual circle that included significant philosophers and intellectuals. Cavendish was shunned by other philosophers and scientists.

Samuel Pepys declared Margaret Cavendish to be “a mad, conceited, ridiculous woman.” This judgment of Cavendish was a common one, and continued to be after her death. A late nineteenth-century preface to one of her books expresses “shock to find learned bodies and learned men lavishing unmeasured praise upon [Cavendish’s opinions].” It goes on to comment on “her enormous and insatiable vanity.” Even more dishearteningly, we find Virginia Woolf referring to Cavendish as “crack-brained and bird-witted”; although she doesn’t totally dismiss Cavendish, she outright states that her “philosophies are futile.”

It’s far more difficult to find a word said against Conway. Although her conversion to Quakerism near the end of her life drew criticism from those around her, she is never spoken of in anything approaching the language used of Cavendish. The preface to her philosophical treatise refers to her as “a Woman learned beyond her Sex, being very well skill’d in the Latin and Greek Tongues, and excellently well vers’d in all kind of Philosophy.” We find Leibniz, a major figure in the Western philosophical canon, stating that his “philosophical views approach somewhat closely those of the late Countess of Conway.”

Conway did slip into greater obscurity than Cavendish. Her treatise received some attention in the late 1600s, but from the eighteenth century onwards she was mentioned only passingly as a pupil of Henry More. Her very authorship of the Principles became disputed. Only since the 1980s or so have philosophers started paying attention to Conway again.

To understand why Cavendish and Conway have been treated so differently, we can first look at their respective educations. Cavendish, as was standard for women of the period, received no formal education. But she was keen to learn — and so she educated herself through wide reading and discussion with her brother. Conway, on the other hand, received a thorough training in philosophy through her correspondence with the philosopher Henry More. More gave Conway thorough tuition in Descartes’ theories, vital for understanding the philosophical debate of the day. The letters between More and Conway show the development of a deep friendship with someone who respected Conway as a fellow philosopher.

Cavendish had no such connection. Her self-directed studies left her with gaps in knowledge that made it difficult for her to engage with the philosophical world. For instance, she never mastered Latin, the key language of seventeenth century European philosophy. This excluded her from many philosophical debates and hindered her reading of key texts. Conway became proficient in Latin, and her educational opportunities allowed her to find intellectual companionship and discourse where Cavendish, so keen for respect and fame among her peers, could not.

Conway conducted herself as society expected a woman of her class and status to do. Sarah Hutton, a leading Conway scholar, says that the “Anne Conway described by both herself and her correspondent conforms to the stereotype of the good woman: modest, pious, self-effacing, self-censoring, eschewing the public domain in favour of the private” (Hutton, 29). Conway desired privacy. She asked at the beginning of her correspondence with Henry More that he keep her letters secret. She was also confined to the private domain by debilitating headaches that plagued her throughout her life; for the last few years of her life, she did not leave Ragley Hall, her home in Warwickshire. Her headaches have actually overshadowed her philosophical work at times, with writers seeking a biographical explanation for her philosophy as a way of justifying or coping with her pain.

Unlike Conway, Cavendish flouted convention. Conway engaged in philosophy as a private pursuit among her small intellectual circle. Cavendish wrote of her desire for everlasting fame and acknowledged that this was not in keeping with gendered expectations:

That my ambition of extraordinary Fame, is restless, and not ordinary, I cannot deny: and since all Heroick Actions, Publick Employments, as well Civil as Military, and Eloquent Pleadings, are deni’d my Sex in this Age, I may be excused for writing so much; … . (Cavendish, Nature’s Picture)

As well as this, we find that she:

…took great delight in attiring, fine dressing, and fashions, especially such fashions as I did invent myself, not taking pleasure in such fashions as was invented by others. And I did dislike any should follow my fashions, for I always took delight in a singularity… .  (Cavendish, The True Relation of my Birth, Breeding and Life)

We can imagine a marked contrast here between her and Conway. After her conversion to Quakerism, Conway would have worn plain and simple clothes.

The differences between the two women extended to their attitudes regarding publication. The single philosophical treatise we have of Conway’s was published after her death from notes probably never intended for wider reading. Cavendish, on the other hand, published widely. She was one of the most prolific women writers of the period.

Anne Conway’s surviving philosophy consists of her treatise, Principles of the Most Ancient and Modern Philosophy, and some letters to Henry More. The treatise is the primary focus of study for philosophers. It is a short but remarkable work. Conway engages with the key debates of European philosophy of the period — the relationship between mind and body, the nature of matter, the attributes of God — and with the key philosophers. What she also does is bring concepts into the treatise from the Lurianic Kabbalah, the sixteenth-century school of Jewish mysticism. Here are some quotes from the Principles:

If the phrase concerning the three distinct persons [of the Trinity] were omitted – for it is a stumbling block and offense to Jews, Turks, and other people, has truly no reasonable sense in itself, and is found nowhere in Scripture – then all could easily agree on this article. …

This void was not privation or non-being but an actual place of diminished light, which was the soul of the Messiah, called Adam Kadmon by the Hebrews, who filled this entire space. (Anne Conway, The Principles of the Most Ancient and Modern Philosophy)

Here we see Conway explicitly concerned that her philosophy should take into account the beliefs of Judaism and Islam. Then there’s the concept of Adam Kadmon — a key kabbalistic idea.

We need to understand how radical Conway’s conversion to Quakerism was in the seventeenth century. Quakers were regularly persecuted and imprisoned. They believed in the spiritual equality of women, and refused to acknowledge worldly titles and hierarchies. While Conway, as an aristocrat married to an influential man, was not at risk for the worst forms of persecution, she still converted against the wishes of the people closest to her. She stood her ground although those around her saw the Quakers as fanatical and heretical.

What about Cavendish’s writing? Her range is truly extraordinary. Yes, we find the straightforwardly philosophical treatise like the kind that Conway wrote. But we also find a science-fiction novel, The Blazing World, about a woman who finds a way to an alternative world via the North Pole. It’s meant as more than an entertaining story: the novel is also her way of exploring scientific, philosophical, and political ideas for women who might be less inclined to read her Observations Upon Experimental Philosophy:

But, by reason most Ladies take no delight in Philosophical Arguments, I separated some from the mentioned Observations, and caused them to go out by themselves, that I might express my Respects, in presenting to Them such Fancies as my Contemplations did afford. (Margaret Cavendish, The Description of a New World, called The Blazing World)

Her plays are also interesting reads. The Convent of Pleasure is about a group of single women who enclose themselves in a secular community in order to avoid the problems that men and marriage cause women. In the play, the leader of the community falls in love with someone she believes to be a woman, and the topic of sapphic love is addressed head-on: “But why may not I love a Woman with the same affection I could a Man?” asks her heroine. Her lover turns out to be a man in disguise, but the force of the question remains. Philosophically, Cavendish covers everything from natural philosophy — basically what we’d now call science — to theology to political theory.

An answer to a question you might have been wondering about: Conway and Cavendish did not, to our knowledge, meet or communicate with each other. Yet their paths came tantalizingly close! In 1665, Cavendish sent Henry More copies of some of her works. More told Conway about Cavendish’s gift and suggested in his letter that she respond to Cavendish herself. She did not. I can’t help wondering what might have been if she had — philosophical correspondence between women was so rare at the time; this seems like a golden opportunity missed.

Today there is a small but active group of scholars studying Cavendish and Conway as philosophers. Cavendish also receives attention in other fields for her dramatic and fictional works. Yet philosophy tutors are still unlikely to introduce their students to Conway or Cavendish, and their works remain unfamiliar, even to some specialists in Early Modern philosophy. In Margaret Cavendish and Anne Conway we have two women who defied the conventions of their age and became philosophers. These women and their achievements should be better known and read more widely.

I have drawn much of my information on Conway’s life from Sarah Hutton’s book Anne Conway: A Woman Philosopher.

The Principles of the Most Ancient and Modern Philosophy, Anne Conway

Victorian edition of The Life of William Cavendish, Duke of Newcastle, to which is added The true relation of my birth, breeding and life, by Margaret Cavendish

The Blazing World, by Margaret Cavendish (Really recommended as an introduction to Cavendish – absolutely bizarre and fun.) 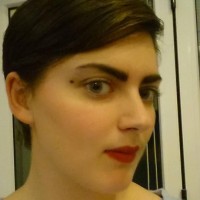 Simone Webb is a Leonard Cohen obsessive and would-be academic.