One cannot expect the new owners of one’s home to maintain indefinitely the sound principles of design and the wholesomeness of purpose with which one has invested it. Nor can one account for what Symonds has called, rather charitably I should think, “the vicissitudes of taste.” Bearing this firmly in mind, it would be dishonest to suggest that I was not disheartened to learn my former home at Fourteen West Twenty-Third Street is now a Starbucks coffee shop. Yes, the private residence where my first matelassé bonnet was tied beneath my cheerful chin and where, mere months after I had just begun to plod across our fine old Eastern rugs, I cracked open a previously unread volume of Honoré d’Urfé, marquis de Valromey, comte de Châteauneuf bound in a tasteful green morocco, is now in use as a local branch of Mr. Howard Schultz’s thriving tea-and-coffee empire.

Nevertheless, I am no stranger to fine beverages. I’ve never turned away an afternoon lapsang souchong with a sliver of lemon. (I have, of course, said “no thank you” to a lapsang souchong served with milk!) From time to time I enjoy a strong Turkish coffee in a filigree cup, especially when mixed with the tonic of good conversation among friends.

I am also no stranger to men like Mr. Schultz who emerge from nowhere to conquer the market and dictate tastes and behaviors like a vaudeville conductor playing to the cheap seats. Born to an unknown family in the obscure outer-borough of Brooklyn, Mr. Schultz has turned one of the simplest civilities of modern life into a veritable mania. What began as a clerkship at a small establishment in the west became, through an impressive feat of pure imagination, an international business after Mr. Schultz had his grand tour and observed the Milanese custom of taking a leisurely coffee with friends. Such a custom has, of course, long been long familiar to those of us who enjoy frequent excursions to the continent, counting it among those essential pleasures and duties of a well governed life: we visit our relatives and acquaintances on their appointed days, we close our city houses after the season, we keep up our correspondences, and, when in Milan, we make time to savor a macchiato.  All of this must seem very novel to a man like Mr. Schultz, who immediately began to cogitate on how he might package a centuries-old tradition and market it to the masses in a disposable cup.

Mr. Schultz’s grasping initiation into the New York scene was a large, garish shop in the wasteland beyond Amsterdam Avenue at Eighty-Seventh Street and Broadway in 1994. Since that time, his shops have increasingly begun to migrate downtown, encroaching on “the reservation” where the last good families have already been entirely bought out by University tycoons. It was, perhaps, merely a matter of time before one of these co-engines driving the new New York colonized the modest sandstone townhome on Twenty-Third Street where my parents, George Frederic and Lucretia Stevens Rhinelander Jones, established themselves and produced three children: Frederic, Henry, and Pussy. (Such was my somewhat unfortunate nickname.)

But that was many years ago, in a place as alien to us now as the cobbler hard by called “Shoe Gasm” would be to my dear grandmother Rhinelander, who was utterly scandalized by the suggestion of the public wearing of anything other than a heel-less prunella slipper.  Upon approaching the coffee shop I’m taken aback by the vagrants who do not merely swarm the periphery of the café, but sit sprawled throughout it inside, engrossed in the daily magazines or their electric reading devices, poring over the blather of gossip mongerers and advertisements for a litany of useless gee-gaws and bric-a-brac on which they’ll spend funds that would be far better addressed to a decent tailor. The listless clientele seem to consume their beverages at vast quantities and in complete solitude, snugly ensconced in close quarters that resemble something between a Fleet Street opium den and an Italian railway car of the worst class. Illumination within this establishment is provided by glass sconces in shades of ox-blood and peacock that, while clearly meant to be artistic, express the stench of the brothel but lack the subtler pleasures of that brand of enterprise.

On this particular morning, far too late for breakfast and far too early for luncheon, I’m nevertheless made to wait in line, standing on my feet, for an interminable interval. Directly in front of me are two young ladies wearing nothing but chemises and some curiously opaque theatrical tights. Sante conversatione they are not. After prattling independently on their portable phones to inform their entire circle of their inhabitation of this particular Starbucks location, they unite in discourse on the topic of the effects of their diet choices on their constitutions. I am not capable of reproducing here the language used to convey such information as should never, of course, be shared with another soul inside or outside of polite company, but was on this day made accessible to every living being from here to Gansevoort Street.

All of this line waiting is a result of the highly lamentable fact that there are no waiters at table. Indeed, there are hardly any tables at all, but an occasional scrap of a completely unusable dimension imperfectly balanced on four legs of various sizes and made over in some kind of imitation marquetry. These monstrosities are punctuated by nonsensical groupings of armchairs over-stuffed in the inflated manner of the padded coats worn by some gentlemen before the civil war.

Neither is there a menu card. Instead, offerings are posted above like the prices for meat at a high street butcher. In addition to the regular Italian offerings: cappuccino, macchiato, and the ever-unpalatable Americano, they’ve included a list of unrecognizable concoctions.  To gaze upon a Green Tea Crème Frappuccino is to be assaulted by a color I’ve not seen since the Italianate dolphin fountain at my Lenox estate, the Mount, suffered a violent algae bloom in the summer of ’04. Looking upon the choices for solid food, I’m reminded of the dinners my parents would serve in this location: course upon course of boiled turkeys with stewed celery and oyster sauce, broiled hens, corn fritters, stewed tomatoes, terrapin and canvas-back ducks, or (in their season) broiled Spanish mackerel, soft-shelled crabs with a mayonnaise of celery, peach-fed Virginia hams cooked in champagne, lima-beans in cream, corn souffles and salads of oyster-crabs, rice griddle cakes, strawberry short-cake, and vanilla ices (I am now transported in a reverie from which I promise to return.) And what vestiges of these feasts of my youth can I find today? A Chicken Santa Fe Panini? A Protein Bistro Box? (This latter appears to be a plain boiled egg, such slices of apple as might be fed a particularly unfavored mixed-breed dog from kitchen scraps, and grapes partially stomped by Montepulcian peasants.) I deem it wise to decline any solid refreshment.

Upon arriving at my destination of the register, the barista dispenses with the usual pleasantries, simply asking what I want. Having bathed in the aroma of stale, burnt beans for the entire duration of my wait, I decide to settle on an Eastern tea and inquire about the provenance of the “chai.” I’m promptly asked whether I’d prefer an “Oprah Chai” or a “Regular Chai” and choose the “Oprah Chai” in a frenzy of indecision hastened by the angry hordes piling up in my discomfited wake. Ms. Winfrey’s considerable theatrical talents aside, I found her tea blend— drowned in milk, cloying in its sweetness, and completely unrecognizable as the fine south Asian varietal whose name it irresponsibly bears—barely palatable. After a few chaste sips, I’m compelled to throw the entire cup in the wastebin, especially as I find myself uncomfortably loitering in the vestibule for lack of a suitable seating arrangement. The “reduced-fat turkey bacon breakfast sandwich,” which I—overcome by a sudden dizzying hunger—hastily appended to my order, is little better. This confection can only be described as a shoe-leather tongue of meat slid between a biscuit the consistency of macadam and drenched in a white cheese that tastes of felt hat. One would do better to purchase a salted wafer at a pharmacy.  Unsatisfied, parched, and utterly cured of any desire for solid food, I exit the Starbucks to scavenge a suitable beverage. A few doors down, I stumble upon a Pret a Manger where I content myself with a Pure Pret Orange Soda™. This cool, unsweetened beverage is far preferable to my treacly hot “Oprah Chai,” and almost reminds me of the phosphates I enjoyed in my motor travels with Henry James. Intoxicated by its refreshing carbonation, my unsuccessful attempt to embrace the new identity of my former home becomes a cloaked memory and, renewed in my beatitude, I resume my perpetual readiness to greet the day. 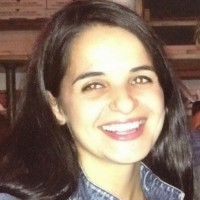 Arielle Zibrak is assistant professor of English at the University of Wyoming. Her favorite game is Things, which her brother taught her in Utah.

Add a comment
2433534 Comments on Edith Wharton Reviews the Starbucks Located at Her Childhood Home on West 23rd Streethttps%3A%2F%2Fthe-toast.net%2F2015%2F05%2F26%2Fedith-wharton-reviews-the-starbucks-located-at-her-childhood-home%2FEdith+Wharton+Reviews+the+Starbucks+Located+at+Her+Childhood+Home+on+West+23rd+Street2015-05-26+15%3A00%3A30Arielle+Zibrakhttp%3A%2F%2Fthe-toast.net%2F%3Fp%3D24335