Carla Bruce’s previous work for The Toast can be found here.

Like many English majors during their college years, I scoffed with disdain when met with the all-too familiar, well-meaning query: Do you plan to teach?

And like many English majors post-graduation, I ended up becoming a teacher.

My feelings about my profession toss and turn as wildly as the tiny human in my uterus. How long do I want to stay here? Am I even any good? What else could I do if I left? I remember instructing rows and rows of silent, pleasantly complacent dolls and stuffed animals in addition and subtraction, and later on, in photosynthesis and mitosis. I mimicked my teachers’ mannerisms and teaching styles as I elucidated on the symbolism in Jane Eyre; gesticulated wildly as I rattled off the causes of the Civil War. Teaching was how I learned, and it was in my blood: my father taught high school for over twenty years. It was inevitable, I suppose, which is probably the reason for my instinctive resistance and subsequent easy surrender.

I wanted to be a pediatrician, because I’ve always loved children, and thought there was no better way of demonstrating this love than by keeping them alive and well. When I reached the outer limits of my mathematical and scientific abilities in college laughably early in Calculus and Chemistry (okay, it was Pre-Calculus), I waved a merry goodbye to that lifelong aspiration. If I found such core courses so untenable as a freshman, I refused to delude myself a minute longer that I could somehow squeak by all the way to medical school.

Once I changed my major to English, I marveled that it had taken me almost a full year to come to my senses. Reading and writing were my life’s blood; as a shy, introverted child, then teenager, they were how I spent the majority of my time, and how I learned about myself and the world. I took courses in Shakespeare and Women’s Poetry and Creative Writing and felt, for the first time ever, like I was intelligent on a collegiate level; like I had ideas that mattered, thoughts that should be shared, opinions that others valued. My professors left glowing remarks on my essays and short stories, my classmates agreed with my remarks in class and complimented my writing – each small wisp of validation coalescing into a ephemeral dream that I couldn’t quite grasp, but couldn’t quite ignore, either: maybe I could be a writer. Maybe I could be a writer?

A severe bout of loneliness and depression during sophomore year led to me packing my bags and flying to Bristol, UK for my junior year, desperate to experience something else, something new. I whiled my year away traveling, hooking up with foreign boys, dancing, drinking, struggling to maintain a solid B average – as any respectable study abroad student should. I returned to the U.S. for my senior year drained, despondent, and so eager to be done with college I could barely breathe. My classes were a series of meaningless hemorrhage of my time and energy; I trudged from campus to home in my 1999 Chevy Cavalier hating my life, hating my town, and hating myself for putting up with it for the past 20 years. Graduation finally came and went, leaving me with my much longed-for diploma and $25,000 of debt.

Writing was always an on again, off again activity: I half-heartedly maintained blogs, scribbled in journals, and spent hours clacking away in Microsoft Word, writing fanfiction and original fiction and poetry and angry, sarcastic epithets bemoaning my pathetic life and familial drama. I googled internships at publishing houses and applied for a few, never making it past the interview phase when a publication actually responded. I didn’t know what to do. What once felt like my gift now felt more like a burden, and I was struggling under the weight of my guilt that I couldn’t make it profitable, or at least more prolific. I languished in misery and ennui, growing lazy and stagnant in the warm cocoon of my room. I needed to do something, and writing, it appeared, wasn’t it. So I drew on my resources as a French minor and applied to teach English in Paris. What else was I going to do?

This time, when I returned, I felt energized, chomping at the bit to make my writing dream a reality. I was a year older and wiser, much of my youthful idealism whittled down to a more grounded determination by my difficult year abroad. As much as I loved the French language and learning the nuances of another culture, life in Paris was not nearly as glamorous or romantic as I foolishly dreamed it might be. I was teaching English to 5-10 year olds four times a week, creating lesson plans from scratch and interacting with teachers and administration who, I’m pretty certain, saw me for the clueless, amateur interloper that I was. In order to make rent every month, I took on a babysitting job, taking care of three boys under the age of nine twice a week. (I have that experience to thank for my small, yet thriving, collection of silver hairs.) A few months in, I was still struggling financially, so I began picking up shifts at a local restaurant, making fruit juices, doing basic kitchen prep, and cleaning tables. This was a far cry from the carefree, wanton lifestyle I had enjoyed in Bristol. But a part of me appreciated the struggle. When the good times came, I felt like I had truly earned them. I had proved to myself once again that I was more than capable of supporting and sustaining myself in a foreign country, so why couldn’t I do the same at home? I began an aggressive job search, itching to leave my cushy, years-old old position at Barnes and Noble and finally move out of my hometown.

When I finally received that long coveted letter of congratulations, it was for the New York City Teaching Fellows, not a publication. I had done it again. Relied on my Plan B and said goodbye to the ever-elusive A. And now, at the end of my third year of teaching, I am still trying to cultivate what I once fervently believed would be my career – but only once my lesson planning is done, I have those six piles of homework and classwork graded, and I finish writing that IEP. On a given day, I have exactly enough energy to eke out a half page of rambling, disjointed musings, most likely thumbed into my notes app while I’m on the subway. And I still have the audacity, somehow, to think of myself as a writer.

I haven’t lost my love or passion for children, despite my frequent resentment for my job. I enjoy their vigor and vivaciousness; their lust for life. As a teacher of girls of color who primarily come from low-income neighborhoods, I am fiercely protective of their education, as well as their social and emotional wellbeing. I know how much is stacked against them, how society conspires to eat them alive. I feel blessed to be in the position of helping them grow in knowledge of the world and of themselves. But despite all of these noble-sounding sentiments, so easy to produce with some distance from the everyday drudgery, I am, generally, not happy as a teacher. To be frank, these wonderful middle and high schoolers, who exhibit so much promise and energy, are also very, very challenging. Challenging is a nice, safe word, right? They’re challenging, to the point where I wonder, several times I week, why I continue to come back to a job that routinely drives me to the furthest reaches of my patience; to a job where I can be spoken to with crass disrespect and cruelty, day after day, by mere teenagers; to a job where hours and hours of preparation can crumble into chaos at the whim of a child who came to school carrying whatever baggage she left home with. And the parent is unreachable, and the copy machine doesn’t work, and I have to cover someone else’s class during my only prep. When I ask myself, who am I doing this for? And my mind’s immediate answer, the children, makes me want to walk out of the front doors and never come back.

But then one of them will give me a hug, randomly, and I’ll remember the way I yelled at her the day before and hug her back. Or another one will sit up in class and participate, rather than going to sleep and ignoring my repeated attempts to rouse her. And she’ll smile and ask me “How was I today, Miss Bruce?” and beam when I tell her how well she did, how proud I am. And sometimes I’m almost annoyed, that they can so easily frustrate me to the point of tears, and then make such a rapid switch that I’m left floundering. They remind me to be forgiving when holding that grudge feels so good. They remind me that adolescence is a wild ride that they did not necessarily sign up for, and sometimes lashing out is the only available coping mechanism. They remind me of myself at eleven, and thirteen, and fifteen. They remind me that I wanted to be a writer, but life took me somewhere else. And now I’m helping them write, and read instead. I’m helping them develop as young women. These challenging children.

They remind me that soon, I will be a mother.

This was the point in my life when I was supposed to have my shit together. All of my having-shit-together deadlines converged on this life event: the birth of my first child. I wanted to be married, I wanted to be settled, I wanted to have my finances in order. (Yes, I’m a bit old-fashioned.) And I wanted to be writing, happily, bountifully, and making money from it. I wanted to have published at least one book by this point and be working from home at least part time. On all the other counts, I have made good on my self-imposed deadline. Yet this vital part of my life, my career, is not always what I want it to be. And I can’t help but feel that at some point, I will have to justify my choices to my daughter. I want her to understand who I am, not only as her mother, but as a black woman who has been blessed with opportunity. I want her to know that my first love is writing, and that sometimes our first love doesn’t work out the way we want it to. I want her to be proud of her mom for making the best with what she had.

The trick, I suppose, is learning how to be proud of myself first. 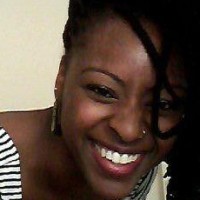 Carla is a teacher, writer, and serial to-do list creator. She lives in Brooklyn with her husband, daughter, and imaginary dog. You can follow her on Twitter @carlawaslike.