Turned in my arms to find a breast to suckle. Finding nothing, he sucked at the air instead, gaining neither nourishment nor satisfaction.

Writhed against his confinement whether he was swaddled or not, as though trying to free himself from bonds that were interior to his psyche.

Reached out new hands for something firm to grab onto; found nothing but emptiness.

Screamed for hours without stopping.

Smacked his lips at the air and then screwed up his face in disgust, as though the atmosphere itself had grown foul and bitter.

Screamed while wallowing in his own poop, unable to escape the gross needs of his body.

Screamed while wallowing in his own pee. See previous.

Smoked unfiltered Gauloises while staring into the middle distance.

Slept for thirty minutes with a ferocious scowl on his face; no remedy for the malaise of existence, even in dreams.

Half woke from sleep, opening one eye and kicking wildly until, utterly depleted from the effort of rousing himself, he fell back asleep.

Took no interest in Deadwood, Season 1, even the part where Jack McCall killed Wild Bill Hickok; was already inured to the pointless entertainments we use to distract ourselves from the imminence of death.

Screamed until he passed out from exhaustion.

Drank his wine quickly, tasting nothing, inconsiderate of any need but to numb the wounds of consciousness.

Simultaneously tried to fall asleep and nurse at once. He is capable of only two desires in the world, and they are immediately in direct conflict with each other.

Vomited all over the onesie with a monster on it; every attempt to dress up the decaying meat of the body is met with failure, betrayed by the body’s very nature.

Thrashed wildly in his sleep, waking himself up, and then looked around bewildered by the very fact of being, his confusion equal parts the alienness of this new world and his own unconscious perturbations.

Wrote Being and Nothingness; could not find a suitable publisher.

Pooped so loud he startled himself awake – the transcendent universe of dreaming annihilated by the worst and most base aspects of material existence. 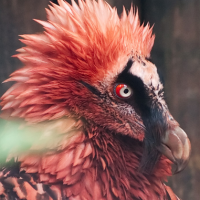 Chris Braak is a novelist and playwright from Philadelphia. He is also the curator of Threat Quality Press, an internet miscellany featuring signs, portents, wonders, &c.