“The Garden” and “The Snow Globe”: Two Poems by Angela Qian

Illustrated by Jen May

My father bends over the koi pond to count the fish,
which are fewer now, dwindling in number.

First it was the birds, then it was sickness,
then age, something in the water—

Then death settled in, comfortably,
made up a bed and boiled pond scum for tea.

I watch him from the threshold: broad back and
straight shoulders—you’d hardly think he was aging, now,

hardly think of his occasionally murmuring heart and
the tooth he had pulled last year for rot.

From here, the white sun-flickers look
like they could be souls underwater.

They make a noise which sounds just like a ripple.
What could I say to them, what comfort could they give?

Have you anything to communicate to me? I ask,
as my father, suddenly near, bends,

picking up a red leaf to remark on its beauty.

You took me to the store where they sell the different lives people can have.
There were all kinds,
made of wood and of glass,
painting and shifting and exploding in shapes,
some whirring with gears and jagged with metals,
others covered in green, which grew as we watched,
others blank and blue like a piece of paper.

And the life that I wanted was very big.
It was so vast I could only make out small details, but no shape,
covering the ceiling and even, it seemed, the whole shop,
this end filled with water, aquamarine, and, across the way,
a city made up of pink pebbles and clouds.

Somewhere there was a tower, on an island that looked like Avalon.

It hummed, this life did, and smelled like a thousand summers and moons.

And the life that you showed me was very small.
Small, but perfect—
A tiny dome, which, when you shook it, filled with stars.
The house had a white door.
Through the window, you could see inside:
the small table with the scalloped vase,
the napkins folded under the yellow flower.

There were two people in the house, a man and a woman.
I couldn’t see them, but I knew they were there,
like when, as a child, you know your parents are in the next room over as you sleep.

They loved each other.
You knew, simply by the way they breathed.

In the evenings they sat by the window.
Sometimes they watched TV, or read.
Then they would go to sleep.
Maybe one, waking early, would go downstairs,
to drink a glass of milk while standing at the counter,
while outside the stars sprinkled down, like rain.

You showed this life to me, but I didn’t want it.
I was young; what did I know?
It didn’t cost any less; in some ways, it cost more—
It cost two people for the one.

Instead I pointed at the ceiling. I said, I want that one,
even though I was not completely sure where I was pointing.
It was so big, what did it matter?
As I said it I thought I felt a wind.
It rushed by like the sound of a million voices, clamoring, indistinct,
and felt cold, as though coming from an impossible mountain.
It was so violent I shook, and had to close my eyes.
Then the wind died, or I thought it died,
though maybe it was still there,
but was only still and absolutely silent. 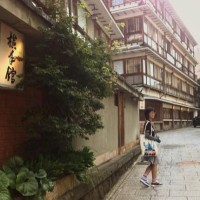 Angela Qian was born in California and graduated from the University of Chicago. She has written for The Millions and The Point magazine, and was the recipient of the 2015 Norman Mailer College Prize for Poetry. 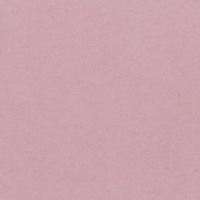 Jen May is an artist living in Brooklyn, NY. Her website is somewhat regularly updated with new work.