How To Tell If You’re In a Mary Gaitskill Book

Mara would like it noted that she adores Mary Gaitskill’s writing, and fears her incisive judgment more than she fears death.

Yours is an unlikely friendship.

She’s good at it, but she’s not good enough.

You work as a proofreader, staying up all night hunched over desks. It’s dull work. You like dull work. Your co-worker sits next to you, pining. His hands do not match the rest of his body. You pity him.

You remember the days you wore white lipstick and teased the boys, you and your best friend, a little slip of a thing with dark hair and a cruel mouth who always sat sideways, in a twist.

You ran away from your home in the suburbs of Detroit when you were sixteen. You went to New York or San Francisco. You dabbled in sex work. You dabbled in modeling. You dabbled in having sex with people allegedly more talented than you were. You were subject to all kinds of cruelties and indignities. You tell people this as a matter of course, an hour into meeting you, usually too loudly and at a diner. They look shocked, and by now, that look of shock comforts you. You sip your black coffee. It’s burned. You like it that way.

Someone is slouching and chewing.

A man is pissing somewhere a man doesn’t usually piss.

Your mother always resented your beauty.

You often reflect, dispassionately, on your troubled childhood.

You often reflect, dispassionately, on your shattering first sexual experience.

You often reflect, dispassionately, on your tumultuous relationship with an older man.

Your current lover has an uncanny ability to turn anything into a bondage tool. It’s actually quite impressive, but you are rarely impressed.

You think more about your lover’s wife and children than you do about him.

Every person in this college town is either too ugly or too beautiful. You pity them.

Everyone is offering you cocaine.

Everyone is offering you amphetamines.

You are at a fetish bar, and you are terribly bored.

An elfin man has made you cry.

She’s judging you. You trusted her.

He has a foreign name, and he does all the wrong things, but he cries at all the right movies.

It’s not the worst thing that’s happened to you.

You are simultaneously much better and much worse than everyone you know.

Men are monsters. You pity them. 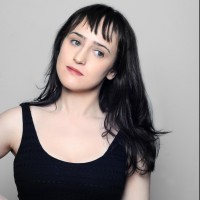 Mara Wilson's debut book Where Am I Now? will be available through Viking/Penguin Books in Fall 2016. She writes at MaraWilsonWritesStuff.com, hosts her show What Are You Afraid Of? in New York City, and ruins childhoods all over the internet.