You are over 75 and you hate every person you’ve ever met, or else you’re 14 and you’ve just seen something horrible.

Your martyrdom doesn’t go as planned.

At least one of your front teeth is missing, and you think you look marvelous.

Something dreadful happened at the rest stop.

You have two first names with an absolute maximum of four syllables.

The atheist had it coming.

Ever since you returned from the North, you take enormous pride in being both unmarried and ugly.

All of your pets seem to hate you.

You’re running late for the revival.

None of the children you know have been bathed in the last week.

You are sitting on public transportation across from a total stranger. It is obvious to everyone onboard that he hates you.

You are being horrible to a blood relative. They drop dead.

It is several years into WWII. Your family has never discussed this, though you suspect some of the farmhands have.

You are indifferent to the murder you’ve just committed.

Your relationship with your adult children is fraught and unpleasant, possibly because of the Civil War.

You are trying to get to Atlanta.

In Retrospect, We Shouldn’t Have Pulled the Car Over

You suspect a Baptist is lying to you.

You can’t stop thinking about that road sign from a few miles back.

For the last several years, you have been pretending to be blind and/or deaf in order to cause pain to a woman in your life.

You are a farmer with multiple postgraduate degrees.

You examine an oozing wound on your leg with a dirty fingernail.

He Wasn’t Really a Catholic, After All.

You often find yourself fantasizing about the grisly death of your neighbors, who are of course invited over for coffee several times per week.

Your gaze is like the driving rain: hard and unyielding, chilly and bitter, and probably liable to cause consumption in young, unmarried women.

Your nephew is afraid of you.

Nobody invited the alcoholic to your baptism.

Your daughter is terrifically unattractive. You sell her to a traveling salesman and no one has a problem with it.

Someone is describing a horrific injury in immense detail, and you are delighted.

You don’t drink alcohol, except as an allegory for the Last Supper.

You hear several gunshots from a nearby farm and immediately decide not to investigate.

A girl who lives down the road from you is nineteen, married, and has three children. Your mother complains to anyone who will listen that you aren’t more like her.

You don’t have any bad qualities at all, unlike some people.

You are lying about where your Bible is.

Everyone who moved to town before you is a saint.

Everyone who moved to town after you is a scourge.

A close relative was horribly disfigured in a hunting accident. Everyone agrees she had it coming. 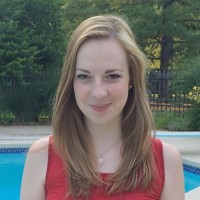 Elizabeth Strassner is a juggler, stuntwoman, and compulsive liar from St. Louis, MO.